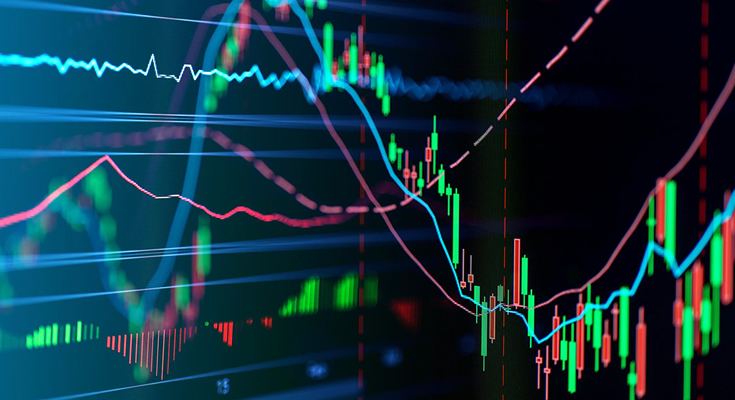 Australian shares turned lower as miners fell after investors digested that the country’s largest trading partner is faring worse than when the pandemic first emerged. The change of move has wiped off all of this week’s gains and is set to be one of the harder days this week for the local index.

“Economic indicators in China have fallen significantly, and difficulties in some aspects and to a certain extent are greater than when the epidemic hit us severely in 2020” said Premier Li Keqiang in an emergency meeting with representatives from local governments, state-owned companies, and financial firms.

This comes on a backdrop of China’s annual growth target of 5.5 per cent compared to its full year growth of 2.2 per cent in 2020.

Whitehaven Coal (ASX:WHC) is the worst performer, tumbling 9.3 per cent lower at $4.80 while New Hope (ASX:NHC) posted a 19.4 per cent fall in NSW production and 63.2 per cent tumble in Queensland due to bad weather and labour shortages, sending the stock 11.8 per cent lower at $3.61. Yancoal (ASX:YAL) is in a trading halt amid speculation that the company’s Chinese parent company is set buy out the remaining shares in the company, according to The Australian.

Information tech popped as the best performer pulled higher by Appen (ASX:APX) as shares soared 28 per cent higher after unveiling a $1.2 billion takeover offer from Telus International. The $9.50 per share offer compared to the closing price of $6.40 on Wednesday represents a huge 48 per cent premium.

Meanwhile, Westpac (ASX:WBC) has inked a $225 million deal with Mercer to divest its personal and corporate superannuation funds under its wealth brand, BT and also sell Advance Asset Management. The transaction does not include the superannuation held on BT Panorama and Asgard platforms. Separation and transaction costs of approximately $80 million after-tax and are expected to be expensed in the second half of this year, treated as a notable item. Shares are trading 1.1 per cent higher at $24.14.

Also, Eden Innovations (ASX:EDE) has executed a three-year, bulk EdenCrete® supply agreement with Delta Industries who operates more than 30 ready-mix plants and sales yards in 4 US states. Eden will supply the required bulk 3,785 litres storage tanks and dispensing equipment, with the first three tanks being installed over the next month in three Delta plants. Shares up 9.1 per cent to 1.2 cents.

The SPI futures are pointing to a fall of 17 points.

First quarter new capital expenditure fell by 0.3 per cent, against economist forecasts of a 1.5 per cent increase, according to the Australian Bureau of Statistics. Buildings and structures fell by 1.7 per cent while equipment, plant and machinery grew by 1.2 per cent. Estimate 2 for 2022 to 2023 is $130.5 billion, this is 11.8 per cent higher than Estimate 1 for 2022 to 2023. This is another miss ahead of the gross domestic product figures due next Wednesday.

The best-performing stock in the S&P/ASX 200 is Appen (ASX:APX), trading 25.9 per cent higher at $8.06. It is followed by shares in Tyro Payments (ASX:TYR) and PointsBet Holdings (ASX:PBH).

The worst-performing stock in the S&P/ASX 200 is Whitehaven Coal (ASX:WHC), trading 9.3 per cent lower at $4.80. It is followed by shares in Fortescue Metals Group (ASX:FMG) and Ramelius Resources (ASX:RMS).

Iron ore futures are pointing to a fall of 3.4 per cent.

One Australian dollar is buying 70.86 US cents.