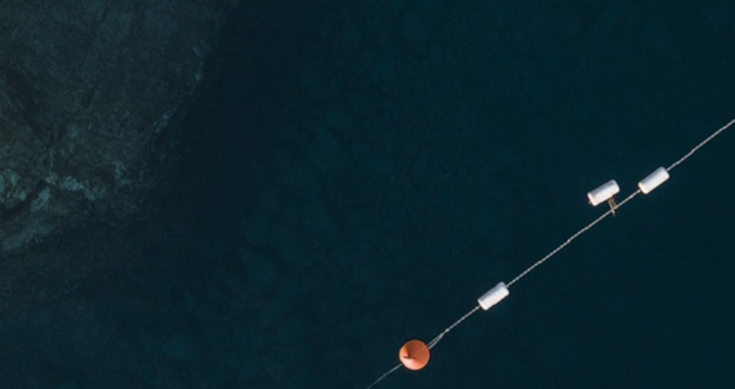 Stellar performances by nickel, lithium, uranium and iron ore in March drove some metal prices to new highs while zinc, copper and aluminium all closed the month stronger. Clarke Wilkins, Senior Australian Equities Analyst, responsible for the resources and energy sectors, looks at the major commodities and the sectors and stocks that have caught his eye.

Russia’s invasion of Ukraine has clearly had a huge impact on commodity markets. Take us through the fallout for commodity markets since the February 24 invasion and why this has led to high energy and metal prices?

The reality is that commodity markets were already pretty tight going into the Russian invasion of Ukraine and, as tragic as that situation is, it has added fuel to the fire in terms of the tightness in commodity markets. When you go back and look at the sequence of events which got us to here, first there was a stalling of demand due to Covid-19 in 2020, followed by a recovery in demand in 2021. This meant inventories of commodities like oil and copper were drawing down when you suddenly had to add the Russian invasion of Ukraine, both quite big producers and exporters of certain commodities. Oil has obviously been the headline grabber, but Russia is also a big diamond producer, a major palladium producer, a big producer of nickel and an important contributor to aluminium markets. So, in an environment where inventories were already being depleted and prices were rising, you now have sanctions or companies self-sanctioning, which disrupts global logistics chains and tightens commodity markets further.

Nickel prices soared to an astonishing US$100,000 per tonne, effectively doubling the previous all-time high over the course of one morning. Some semblance of normalcy has now returned to the nickel market, but can you take us through what happened?

We are seeing very high commodity prices, but we are also seeing quite a lot of volatility in these markets. And when you analyse this volatility, it’s probably best exemplified by what we saw in the nickel market. Russia makes up about 6 or 7% of the nickel market, which doesn’t sound like that much, but it must be remembered that only 30% of the nickel produced globally is of the quality of that can could be delivered to the London Metal Exchange (LME). Russia’s Norilsk Nickel is the largest producer of refined class 1 nickel in the world, the kind that makes its way into LME warehouses. The exchange suspended nickel trading on March 8 after prices spiked by more than 50% to hit $100,000 a tonne. Activity resumed on March 16 when it launched daily price limits. So, what happened with the nickel market was a perfect storm: you have a commodity where there is quite a significant amount of price volatility at the best of times; you had Russia invade Ukraine; and a price surge due to short covering by one of the world’s top nickel producers, China’s Tsingshan Holding Group. With little nickel on the exchange to buy, prices soared to unthinkable levels as shorters tried to cover their bets. As a result, we are in unprecedented territory in terms of a lot of these commodities with regulators going as far as cancelling trades and introducing strict trading limits to restrict volatility.

In late 2020 and into 2021, we saw China effectively ban the import of Australian coal and it took a while for markets to reorientate themselves. Should we expect to see something similar in terms of copper, nickel, and aluminium suppliers and buyers?

The reality in that example is that coal consumption didn’t change globally. It’s just a matter of Australian coal that used to go to China had to find another market and, likewise, China had to buy from other countries. It can take a while for some of these logistic situations to resolve themselves. Continuing with the nickel example to underscore how quickly things change, batteries for electric vehicles aren’t currently a big part of the market, but the expectation is that they’ll go from being around 10% of demand to being more than 30% by the end of the decade. A critical question becomes the composition of the battery or the battery technology that’s used. The market has been caught a little by surprise over the last 12 to 18 months by the resurgence in demand for lithium iron phosphate batteries (LFP). There are LFP batteries and then there’s the nickel-manganese-cobalt (NMC) battery. The LFPs don’t use any nickel, but the NMCs obviously do. The expectation was that the NMC batteries would be the ones that would capture the vast majority of the demand growth because they’re more energy-dense and you can recharge them faster etc. However, when you look at what’s happened in China, the LFPs have regained market share to ~50% as they are cheaper to produce.

Which of the miners are most attractive to you as we come out of an eventful March for the sector?

BHP is now over 12% weight in the S&P/ASX200 index after the company unified its corporate structure under existing Australian parent company, BHP Group Limited, earlier this year. It is therefore a critical stock for the local market and investment portfolios. With this weighting set to drop slightly with the demerger of the Petroleum division of BHP to Woodside this will drop slightly and, ahead of that, it does seem that investors are cautious about having such a large exposure to a single stock. Some of our funds still have large positions in Iluka, which has benefitted from the approval of the Rare Earth Refinery in Western Australia. Energy has been the other strong thematic, where we see Santos as one potential beneficiary of this trend. We feel the merger between Santos and Oil Search late last year has created a company with strong and diversified cash flows and high-quality assets we feel the market is mispricing. While we are not overly focused on macro themes, the backdrop for oil prices remains positive as energy has historically performed well in a high-inflation environment.

The Perpetual Wholesale Australian Fund is a diverse portfolio of high quality Australian industrial and resource shares, managed by one of Australia’s most experienced equity management teams. Its investment objective is to provide long-term capital growth and regular income.