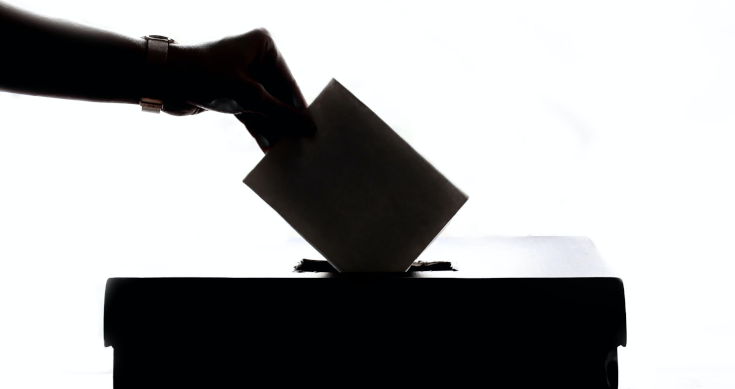 The Federal political landscape has become somewhat less stable since the 2007 election with six changes in PM, “minority government” at times and a rise in the importance of independents. This has made sensible visionary long-term policy making harder. The last three and a half years have seen a bit more stability though with Scott Morrison being the longest servicing prime minister since John Howard. Policy uncertainty going into the 21 May election is lower than in 2019 as Labor is not offering starkly different policies to the Coalition this time.

Polls give Labor a two-party preferred lead of around 54% to 46%, although the ALP’s primary support appears to have softened a bit since the election was called. Of course, overall polling needs to be interpreted cautiously as the ALP was ahead going into the 2019 election only to see the Coalition win. As my Canberra based colleague Al Kinloch points out, around 20% of people decide on election day and they often stick to what they know. It’s also less clear in the marginal seats which is what counts. Betting markets give roughly equal odds to both.

Elections, the economy & markets in the short term

In terms of the share market, there is some evidence of it tracking sideways in the run up to elections, which may be because of uncertainty. The next chart shows Australian share prices around federal elections since 1983. This is shown as an average for all elections (but excluding the 1987 and 2007 elections given the 1987 global share crash and the start of the GFC in 2007), and the periods around the 1983 and 2007 elections, which saw a change of government to Labor, and the 1996 and 2013 elections, which saw a change to the Coalition. The chart suggests some evidence of a period of flat lining in the run up to elections followed by a relief rally. 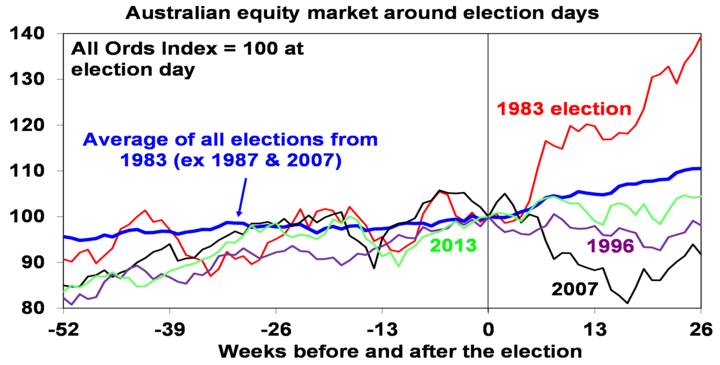 However, the elections resulting in a change of government have seen a mixed picture. Shares rose sharply after the 1983 Labor victory but fell sharply after their 2007 win, with global developments playing a role in both. After the 1996 and 2013 Coalition victories shares were flat to down. So based on history it’s not obvious that a victory by any one party is best for shares in the immediate aftermath, and historically moves in global shares played a bigger role than the election outcome. The next table shows that 10 out of the 14 elections since 1983 saw shares up 3 months later with an average 4.5% gain. 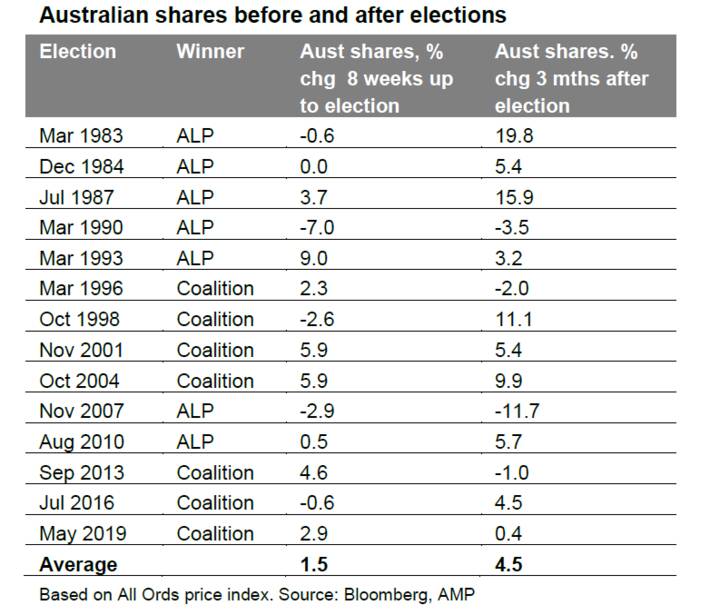 The next chart shows the same analysis for the Australian dollar. In the six months prior to Federal elections there is some evidence the $A experiences a period of softness and choppiness, which is consistent with policy uncertainty, but the magnitude of change is small. On average, the $A has drifted sideways to down slightly after elections, but it’s very messy. 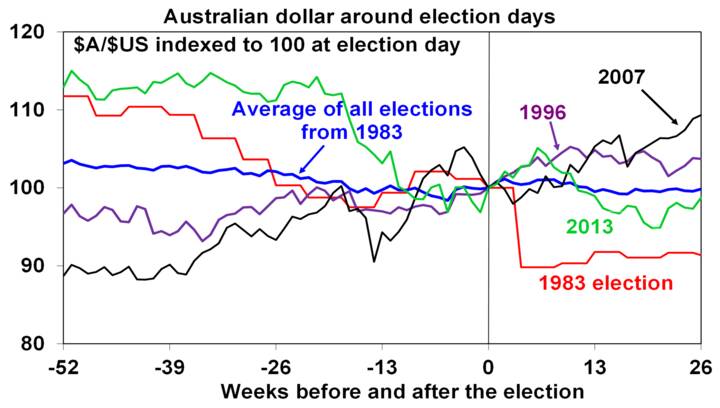 Over the post-war period shares have returned (capital growth plus dividends) 13% pa under Coalition governments and 10% pa under Labor governments. It may be argued that the Labor governments led by Whitlam in the 1970s and Rudd and Gillard had the misfortune of severe global bear markets. And the economic rationalist and reformist Hawke/Keating government defied conventional perceptions that conservative governments are better for shares. Over the Hawke/Keating period from 1983 to 1996 Australian shares returned 17.2% pa.

Looking at the Australian residential property market, using CoreLogic data since 1980, capital city property prices have risen 6.6% pa under Coalition governments and 5.2% pa under Labor. That said, policies with respect to housing have not been particularly different under both sides of politics.

Once in government, political parties are usually forced to adopt sensible policies if they wish to ensure rising living standards and arguably there has been broad consensus in recent decades regarding key macro-economic fundamentals – eg, low inflation and free markets. So ultimately economic and interest rate cycles have a dominant impact on investment markets rather than specific policies under each government.

The policy differences this time around are a non-event compared to the more left-wing reconstruction Labor proposed in the 2019 election, which offered the starkest choice seen since the 1970s. In the 2019 election, the ALP offered a radically different policy agenda focussed on a significant increase in the size of government (particularly via more spending on health and education) financed by a significant increase in taxation. The latter included a 2% tax increase for high income earners, restricting negative gearing to new residential property, halving the capital gains tax discount, stopping cash refunds for excess franking credits and a 30% tax on distributions from discretionary trusts. Following its defeat at that election, with the tax agenda taking much of the blame, the ALP has adopted a less left leaning agenda going into this election.

Oddly enough we have ended up with bigger government anyway with a huge surge on the back of pandemic spending and the March Budget projecting that Federal spending will settle at around 26.5% of GDP from 2025 onwards due to higher spending on health, the NDIS, the aged and defence. This is well above the pre-covid average of 24.8%. In the meantime, the budget deficit is much higher, even after pandemic spending is wound down.

There are some economic policy differences. Labor is likely to:

However, these differences are relatively minor compared to the policy platform offered by Labor in 2019. The similarities are more noticeable. Like the Coalition, the ALP is largely seeking to repair the budget through economic growth rather than austerity and its priority areas of energy, skills, the digital economy, childcare & manufacturing have a significant overlap with the Coalition. So, while there may be a little more nervousness in investment markets about Labor, it’s hard to see a big impact on markets if there is a change in government.

Challenges for the next government

The main economic challenges the winner will face include:

The relatively modest difference in economic policies between the Coalition and Labor suggests minimal impact on investment markets if there is a change of government. The main risk for investment markets may come if neither the Coalition or Labor win enough seats to govern, forcing a reliance on minor parties or independents, which could force a new government down a less business friendly path (such as the Greens demanding an ALP led minority government implement their proposed super profits taxes) – although the Senate may act as a brake on this.