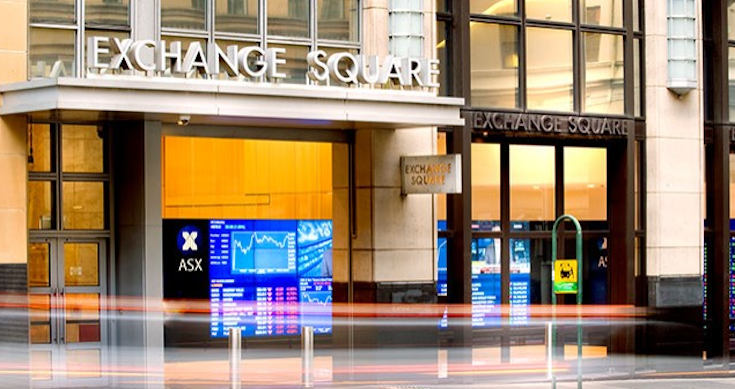 Investors flocked to share registry and financial services group Computershare (ASX: CPU), which upgraded its full-year guidance after unveiling a stronger than expected result for the six months to the end of December.

It also declared an interim dividend of 24 cents a share, up just one cent from the interim for 2020-21.

“I am pleased to report that the momentum we enjoyed in the second half of last year has continued, with Computershare delivering a positive set of results for the first six months of 2021-22,” Computershare CEO Stuart Irving, said in the earnings release.

“With first half results ahead of expectations, and a positive outlook for the second half of the year, we are upgrading full-year earnings guidance. We now expect Management earnings per share (EPS) to increase by around 9 per cent this year compared to the original 2 per cent guidance we gave in August,” according to the CEO.

The company said the recently acquired Computershare Corporate Trust (CCT) business in the US performed above expectations and it expects to benefit from a 25 basis point interest rate rise in the United States in the fourth quarter.

“As expectations have also firmed for more interest rate rises this year and beyond, Computershare is well placed to benefit. A 100 basis points increase in interest rates on the exposed average balances we currently manage would generate an annualised EPS increase of 26¢ per share,” directors pointed out in the release.

Computershare’s earnings are sensitive to interest rate movements because it gets a return from the interest rates on its ‘float’ or cash held on behalf of its share registry clients before dividends and other distributions are paid to shareholders, creditors and other recipients. (it’s a shorter-term version of the better known ‘float’ that Warren Buffett uses in his insurance businesses).

The prospect of the boost from rising US interest rates seems to have driven the jump in the share price.

In contrast, they ran pell-mell from car parts group Bapcor (ASX: BAP), even though it lifted its interim dividend despite a weak result which saw a near 15% drop in after-tax earnings.

The shares fell nearly 8% to $6.50, losing the small gains and a bit more made on Tuesday after former Chief Financial Officer Noel Meehan was named as the company’s new CEO.

Interim dividend was set at 11 cents a share and the company boasted it was up 11.1% from the first half of 2020-21. That small rise didn’t help the share price yesterday.

New CEO Noel Meehan said the company was still on track to achieve its full-year profit guidance of around $130 million, which it provided at its annual general meeting last year.

“Our 5-year strategy to drive sustainable long-term value for our stakeholders remains unchanged. We continue to make solid progress on executing our strategic targets, with a focus during the half on network growth, realising operational efficiencies, expanding our own brand product range and growing in Asia,” Mr Meehan said in Wednesday’s statement.

“Our team is critical to Bapcor’s success, and we are committed to investing in our people and their training and development, to deliver on our strategic objectives.”

The company said sales in January were affected by the outbreak of Omicron but have remained in line with the year prior.