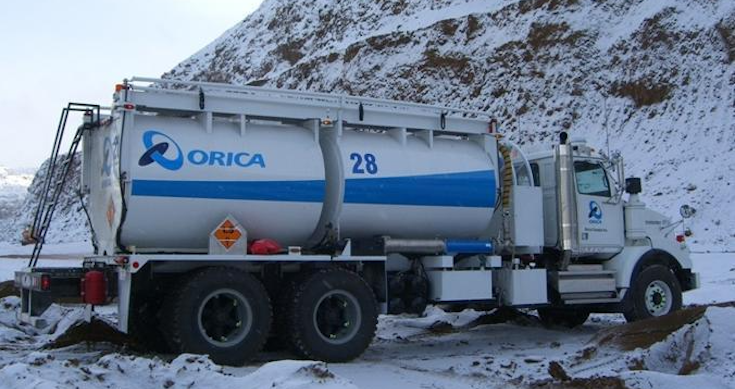 Did you hear that loud sigh of relief over the ASX yesterday?

It was the sound of explosives giant Orica finally getting rid of its most troubled business, the ground support (for mining) company called Minova which has haunted Orica’s balance sheet and profit and loss accounts for a decade and a half.

Don’t worry, no one was hurt in the event, the real damage was done years ago when Orica bought Minova for a lot of money, couldn’t get it to perform, tried to sell it and found no one wanted it and then wrote down the value to virtually nothing – and then spent more years trying to find anyone adventurous enough to be an owner.

That happy event was announced yesterday – and no one wants to tally up the losses, but they will be close to $2 billion over 15 years.

Back in 2006 Orica bought the then UK-based mining chemicals provider Minova for $857 million.

Its core business was using chemicals to help steady shifting ground, walls etc in mines to allow mining to be carried out safely.

Orica said at the time in mid 2006 (pre-GFC) that Minova supplied specialist chemical products – including resin capsules, powders and injection chemicals – for use in stabilisation and ventilation systems in underground mining and civil engineering projects such as tunnelling.

Orica said the purchase would immediately lift earnings per share with its sales predominantly in Europe, the United States and Australia.

That concluded the latest, and final sale process started in May of this year when Orica faced up to reality and declared Orica Minova was a non-core business.

Judging by its continuing lack of performance, it has not been a core business for Orica for years, certainly since August 2015 the company wrote down the value of its assets by $1.692 billion, with much of that due to what was then considered to be the 2006 acquisition of Minova.

Minova’s write down cost Orica more than half that figure at $848 million.

Yesterday Orica CEOs Sanjeev Gandhi said, “The sale of Minova is consistent with our refreshed strategy, which identified Minova as non-core to Orica.”

That was a statement of the blinding obvious.

Mr Ghandi continued in his statement “This allows us to focus on our four key business verticals of growth – mining; quarry and construction; digital; and mining chemicals,”

“The Minova business will benefit from new ownership with more focus and capital to support its growth,” he said.

The sense of relief that the worst business in Orica’s balance sheet is almost out the door was palpable.

Certainly investors treated the deal as an afterthought – Orica shares faded 0.9% to $13.77.