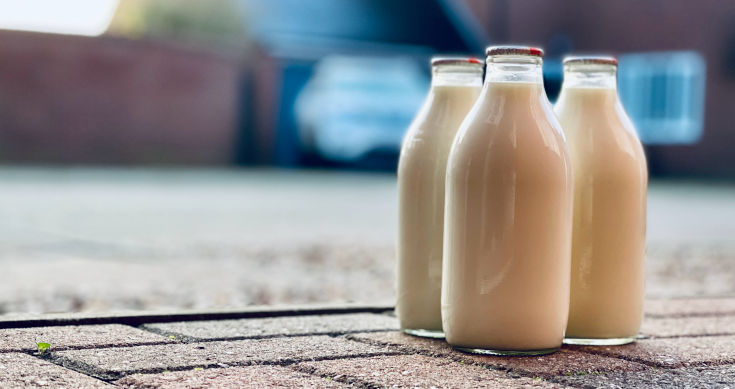 Returns to the NZ dairy industry are close to record highs and yet shares in a2Milk slumped more than 12% at one stage on Wednesday as it became clear the company was being left behind in the boom.

The embattled infant formula company’s shares fell, ending down 12% to the day’s low of $6.03 because it did the one thing the market was not expecting, doubled down on the failed China strategy that has seen the shares slide 57% in the past year and more in the last 18 months.

At an investor day update on Wednesday the company revealed that the new management’s new strategy will be focused on rebuilding the company into an exciting, innovative and sustainable growth company – but without the previous heady growth aspirations.

And key to this is largely focused on recapturing the full potential of the China’s huge infant formula market and ramping up product innovation.

Investors were not convinced and the pitch wasn’t helped by a first quarter trading update that revealed that there had been little improvement in sales in the China region for the first quarter of fiscal 2022.

So down went the shares, aided by management dismissing still held hopes among some investors that the new strategy would return A2 Milk to its previous levels of strong earnings and share price growth,

While the update revealed a medium term (about 5 years) target of growing sales to $NZ2 billion, it is not that ambitious aspiration.

Instead, management says it is targeting EBITDA margins “probably” in the teens in the medium term due to expected market conditions, investment, and innovation (higher costs?).

A small positive was the A2 will the news of renewed focus on expansion into other markets such as Korea, Vietnam and Singapore to further build the business in non-Chinese Asian markets.

It will also focus on growth in its already sizeable US business, announcing on Wednesday it had struck a deal with major US chocolate company Hersheys to produce A2-branded chocolate milk.

And then there’s the now usual list of possible hurdles that a2Milk gives for each earnings release and update, stressing the forecasts are subject to factors such as the pace of recovery in cross-border trade post COVID-19, how the competitive landscape will evolve in China, and the extent and pace of change in consumer product and channel preferences.

And if there’s one thing that market hates, it is uncertainty, especially when there is a management change in what was supposed to be a solid growth stock.

Meanwhile the renewed dairy boom is bypassing a2Milk, leaving it stranded and will raise costs this year.

Fonterra, the biggest dairy group in the world and the NZ has raised its forecast milk payment to Kiwi farmers for this season to match its previous record high, as demand for dairy holds up while supply tightens.

The midpoint of the range, from which farmers are paid off, increased to $NZ8.40 per kgMS, from $NZ8 per kgMS.

That would match the previous record paid in the 2013-14 season and NZ economists estimate will see almost $NZ13 billion flow into regional New Zealand. It paid $NZ7.54 kgMS last season.

And this will be a problem for a2 because it will have to pay its farmer suppliers in NZ higher prices, which will put further pressure on the already slim profit margins.