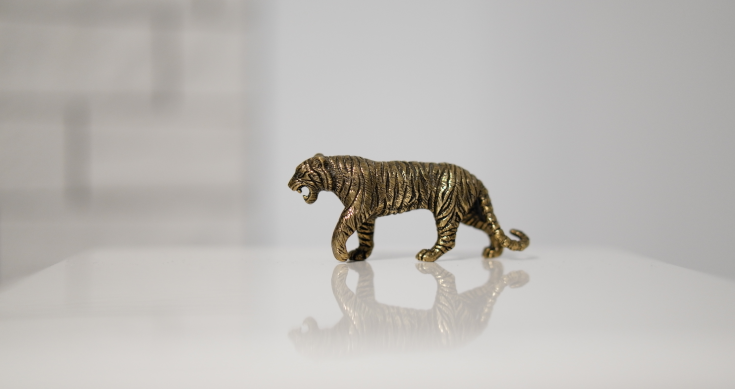 The future really will be renewables and it will see, as we have been pointing out, a dramatic change in the fortunes of a string of companies in the lithium space, thanks to demand for batteries of all sizes, shapes and uses.

Copper is hot once more because renewables are now mainstream and will remain there for decades to come – thanks to wind farms, solar panels and especially electric vehicles – from cycles to cars and bikes to buses and trucks (see separate story).

The EVs include hybrids such as Toyota’s Prius (and hybrid versions of a host of other models) to plug-ins such as General Motors Bolt which is not doing well thanks to problems with battery reliability and other manufacturing faults.

But the startling growth of EVs and other renewable technologies during the pandemic has ignited a race for copper – existing mines and producing assets as well as greenfield discoveries.

The latter range from Rio Tinto’s Winu prospect in WA’s Eastern Pilbara to Oak Dam, BHP’s emerging mini-Olympic Dam in South Australia as well as new mines and prospects elsewhere in that state.

Existing copper facilities are in demand as we have just seen with Sandfire’s move to buy a Spanish copper mine and processing business for $A2.5 billion and the looming sale so the CSA mine at Cobar by Glencore which has tried for six years to get rid of the operation with little success.

Existing giants like BHP (Ecuador) and Rio Tinto (Arizona) as well as emerging players like Oz Minerals are looking for and finding more here and offshore (Brazil).

It’s a rush that copper miners would not have recognised a decade ago and crossed their fingers and wished it would become real five years ago.

Global consumption this year is estimated to be around 23.6 million tonnes – the same as pre-Covid 2019. Consumption in 2020 was 22.9 million tonnes, with the fall due to the impact of the pandemic on demand.

In a recent report, S&P Global attempted to put some flesh on some forecasts.

Based on S&P Global projections for the rollout of solar, wind and EVs to 2025, together with analysis of metals intensities in these use cases, S&P Global Market Intelligence forecasts demand to grow by a compound annual growth rate (CAGR) of 15% for copper, 35% for lithium, 28% for cobalt and 35% for nickel.

“Copper demand from solar and wind energy and from EVs, including e-buses, is projected to account for 2.8 Mt (million tonnes) in 2025, which represents approximately 10.8% of the total forecast global copper demand.” S&P Global forecast said.

S&P Global points out that there is a wide variation in copper usage intensity in the renewable energy sector. This variation “however, simultaneously poses significant upside and downside risks to copper demand to 2025.”

And the firm also points out that its “base-case scenario of a tight copper market balance … the wide demand variation could have a significant impact on copper prices.”

“We project global copper demand in solar PV panels in 2025 of 560,000 tonnes, which is very similar to 2020 demand when net additions to global solar capacity reached a record high.

Copper intensity in wind turbines varies with the technology, which can impact copper demand conditional on the evolution of market share.

While direct-drive turbines require on average 30%-90% more copper than gearbox models, they are most commonly deployed in offshore wind generation, which is projected to increase to 18% of the net installed wind capacity in 2025 from an estimated share of 8% in 2021, according to S&P Global Platts.

“We forecast global copper demand in wind generation to reach 370,000 tonnes in 2025, lower than the estimated 393,000 tonnes in 2020. This is driven through net additions in onshore wind energy having surged in 2020 and which are expected to average 27% lower annually over the 2021-25 period.

“We forecast a 101% rise in global PEV (Plug-in Electric Vehicles) sales to 6.2 million units in 2021 on expected strong second-half sales. Buoyed by increasing PEV model choices, and the full implementation of the EU’s fleet emissions penalty, the PEV penetration rate is expected to hit 8.5% in 2021, up from 4.8% in 2020.

“Downside risks to PEV sales in 2021 include the global shortage of electronic chips, which has now impacted PEV production after having recently dampened overall auto sales in Europe and China.

We forecast global PEV sales to increase to 13.1 million units in 2025, with China regaining the top position as the world’s biggest PEV market with 5.2 million sales, compared with 5.0 million for the EU.

PEV sales in the US are expected to benefit from enhanced policy support under the current administration and rise to 1.3 million in 2025 from an estimated 720,000 units in 2021.

Beyond passenger PEVs, it is worth noting the increasing penetration of electric buses, or e-buses, in the market, with average annual global sales of 100,000 units from 2016 to 2020.

And what does this mean for copper in PEVs? Well, S&P Global points out that copper is a major component of EVs; it is used in the anode current collector of lithium-ion batteries, in the stator and rotor of induction motors, in inverters and wiring.

And finally, S&P Global says that in addition to all of this “ lobal copper demand will be positively impacted by an expansion in electrification infrastructure to support growth in energy demand, as well as from the expansion and upgrade of telecommunications and EV charging networks, particularly in China and the U.S.”

As usual anyone interest should apply the usual filters to the optimism – events, changes in economic activity, surging pries for raw materials and poor management all have the capacity to made these forecasts redundant on both the upside and downside.

But unlike all the ‘booms’ of the past – biotechs, pharma, fintech, old mining booms, coal, iron ore, renewables will not be some here today, gone tomorrow economic activity. It is established and becoming more so and is now the major influence and driving resources activity.