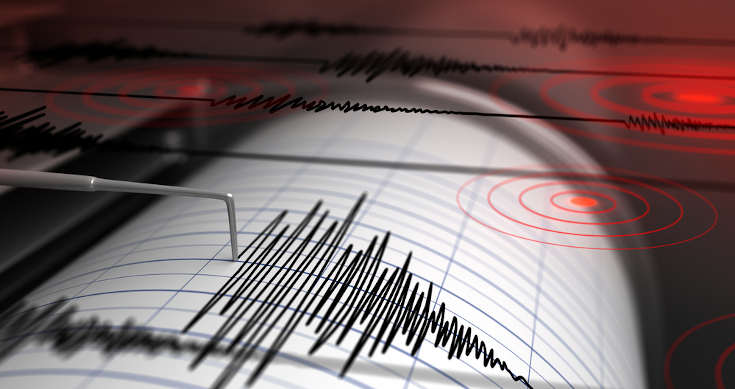 In the wake of this week’s Victorian earthquake and all the commentary it produced, not too many people remembered the smaller but much more damaging quake that battered Newcastle in December, 1989.

The Newcastle earthquake was Australia’s most damaging quake, something ignored by all the chattering in the wake of the Mansfield rattler across Victoria

Amid all the breathless comparison about earthquakes in Australia this week, Newcastle, 1989 was ignored. The Australian Financial Review for example ran a handy table showing the top 10 quakes recorded in Australia.

The final listing was a 6.1% trembler in WA in 1979. It missed the worst quake ever in this country – not in terms of its Richter Scale estimate but in the amount of death and damage caused.

In fact there is no comparison between Mansfield, 2021 and Newcastle 1989 – the latter was a killer.

The 1989 Newcastle earthquake occurred on Thursday, 28 December. The shock measured 5.6 on the Richter magnitude scale and was one of Australia’s most serious natural disasters, killing 13 people and injuring more than 160.

The damage bill was $A4 billion in 1991 dollars – more than double that figure today. It was the first quake in Australia to cause casualties.

The Mansfield quake yesterday at 5.9% was stronger, but not deadly or as damaging, even though the amount of energy was estimated to be twice as much.

In Newcastle it was a very different story in late 1989.

The highest death toll and damage occurred when the floor at the Newcastle Workers Club collapsed, killing 9 people and trapping more in the rubble.

Another three people were crushed to death when masonry from building façades collapsed onto awnings on Beaumont Street, Hamilton, an inner-city suburb (They were lucky in Chapel Street in Melbourne on Wednesday with hardly anybody about because of the lockdown).

The Newcastle quake is estimated to have lasted at most 5 seconds, unlike the Mansfield quake which could have gone 15 seconds or more according to eyewitness reports.

A major reason for the damage was the number of poorly built, older buildings and homes constructed on reclaimed land around the Hunter River and other streams.

Some later analysts have blamed coal mining under Newcastle for the quake’s damage, but the poor construction and lack of maintenance on many buildings played a more significant part. The focus was the quake was estimated at 13 to 14 kilometres under that part of Australia in the earth’s upper crust.

The quake triggered what’s called liquefaction – that’s where the ground shakes and sand and soil in the areas of alluvial deposits and reclaimed areas turns to liquid and the building above lose their footings and collapse.

That was also the main reason for the terrible damage and loss of life in the 2011 quake in Christchurch in NZ.

So what’s the damage with Mansfield? It’s still too early to day.

On Thursday, The Insurance Australia Group said it had received 435 insurance claims relating to the quake, and have warned this number could continue to rise.

The general insurer, that owns brands including NRMA, CGU, SGIO, SGIC and WFI, said it was “too early to determine the extent of the financial impact of the event” in a statement released to the ASX.

IAG said the claims were a mix of personal and commercial claims related to property damage from the magnitude 6 earthquake.

Brisbane-based insurer Suncorp said on Thursday it has only received a small number of claims related to the Victorian earthquake, and CEO, Steve Johnston made a very good point – it will be hard for insurers and their assessors to check out and process the claims with the current Covid travel restrictions.

And that will cause delays to people making claims.

Another major insurer, Allianz says claims related to the Victorian earthquake have jumped from 70 to 300 from Wednesday to Thursday.

The total cost of these claims is estimated to be $5 million at this stage as insurers assess the property damage from the earthquake that hit Melbourne on Wednesday.

The bulk of the initial claims were related to “minor cracking” while other customers have experienced “more extensive damage”, Allianz said in a statement.