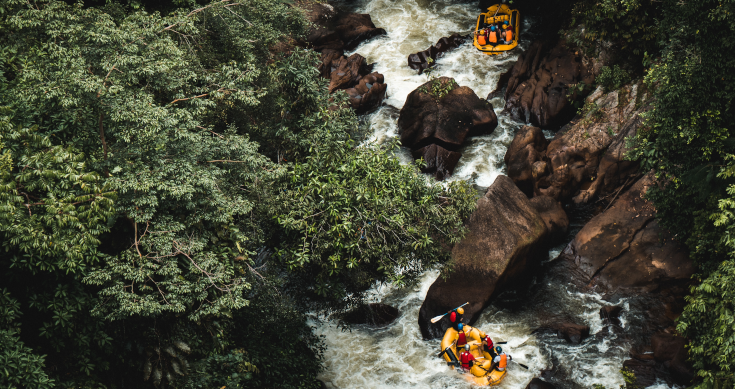 Iron ore prices have taken a pounding in recent weeks, crashing by around 18-22% since the end of June and the start of a new financial year.

Prices are also down by around 37% since the all time highs in May, but in the slide in the past few months, an interesting re-weighting has emerged that is benefitting Australia’s producers, especially Rio Tinto, BHP and Fortescue.

The 62% and Fe iron ore fines products produced by BHP, Rio and Fortescue Metals are back in demand – and that demand has helped narrow the outsized premium that 65% fines from Brazil commanded when prices were around their record highs.

Chinese steel mills preferred the higher iron content in the 65% fines from Brazil when prices were well above $US200 a tonne because it gave them slightly higher yields of steel and took slightly less coke to make and that meant slightly lower emissions.

That in turn meant better control of costs and a slightly higher steel yield when compared to the yield from 62% Fe and especially 58% Fe fines.

When those small differences were spread across tens of millions of tonnes of steel produced each week, the savings and gains were significant and drove the steel mills to push the premiums (compared to the price of 62% fe fines) well above $US30 a tonne in June and July while the premium over 58% fe fines jumped to nearly $US70 a tonne.

But since the downturn in iron ore prices accelerated from the end of June as the steel mills trimmed output under pressure from the Chinese government to cut production and lower carbon emissions, the need for the higher Fe content in the Brazilian fines has not been a major imperative.

Steel demand has turned down in China in the past six weeks as construction has slowed, car making weakened and other users reported weaker demand. So the steel mills are now looking at price rather than iron content as the driver for their purchases.

The 3% iron difference between the Pilbara and Brazilian fines isn’t a big deal but it’s the cheaper price of the Pilbara product – both for 62% and 58% that is now more attractive to the steel makers.

That switch in preferences has helped global iron ore prices recover a little this week after last week’s slump, which included a 13% slide on August 19.

On Thursday of this week that premium had shrunk to $US17 a tonne for 62% Fe fines and to $US60 a tonne for the 58% Fines product from the likes of Fortescue.

It doesn’t sound much, but it does tell us that the 62% Fe fines from the likes of BHP and Rio are back in favour among steelmakers.

At the moment the mills have no pressing need to maximise steel output because they will be producing less steel thanks to the government’s edict. In that situation it becomes more a function of the basic cost for iron ore and the 62% Fe product is cheaper than the fines from Brazil. The shorter shipping distance for Australia also helps because it means the Chinese mills do not have to keep as much ore in their stockpiles, which means lower working capital costs.

At the same time the mills’ costs base is being pressured a surge in coking coal prices to above $US380 a tonne for high grade coal of the type produced by BHP from Queensland but can’t be bought by Chinese mills because of the government ban.

Covid and a shortage of shipping has meant supplies of high-grade coal from Mongolia and Russia are falling short and imports from Canada and the US are also hard to source, and Chinese mines can’t supply the higher quality coking coal.

Japanese, South Korean, Taiwanese and Indian steel companies are paying high prices for Australian coking coal and the Chinese steel mills are missing out and being forced to pay even higher prices for the coal they can source from non-Australian producers.

The record level for iron ore prices of May and June won’t be returning any time soon, if at all, but because of quality, price and proximity, the Australian 62% Fe product is back in a preferred position for the time being for Chinese steel mills.

Next week Fortescue Metals releases what will be a record profit for the year to June and there will be a lot of chest-puffing and boasting about that, but one thing to keep in mind is that the record will be based on an average coal price for the year of $US135 a tonne (and $US168 a tonne for the final quarter).

At $US122 a tonne at the moment for 58% Fe fines, a repeat record for Fortescue won’t be happening any time soon.