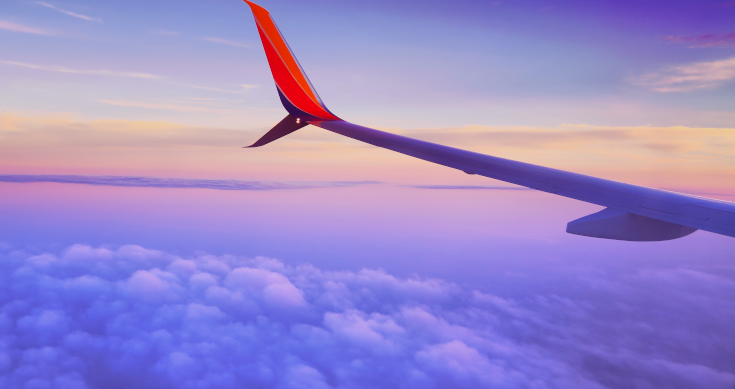 Despite lots of worries – around the resurgence of coronavirus driven by the Delta variant, peak growth, peak monetary and fiscal stimulus and high inflation – global and Australian shares are around record levels. So how can this be? Particularly with bond yields down sharply from their highs earlier this year. And how sustainable is it? And what are the risks?

But shares have been trending up

But while it may seem perplexing, and I must admit that I have been seeing shares as vulnerable to a correction, there are good reasons behind the strength in shares: 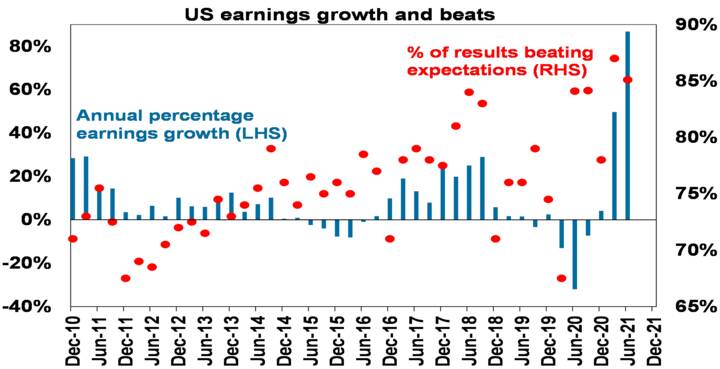 Similarly, in Australia. While it’s still early in the June half earnings reporting season, results so far have been stronger than expected with 79% of companies reporting earnings up on a year ago and a large return of capital to shareholders via increased or reinstated dividends and buybacks. 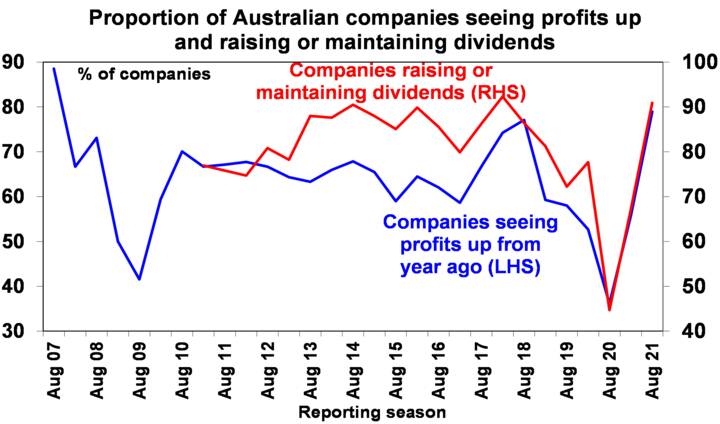 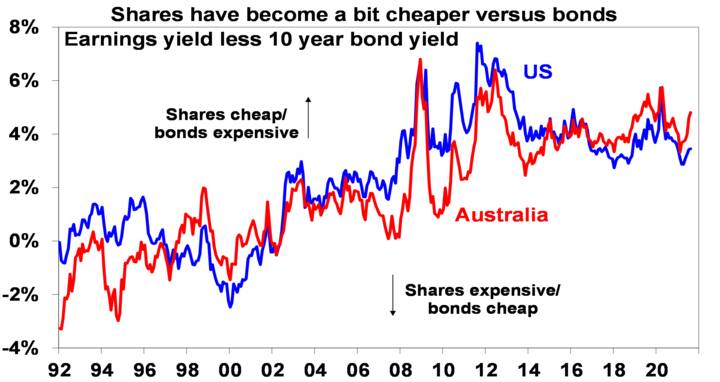 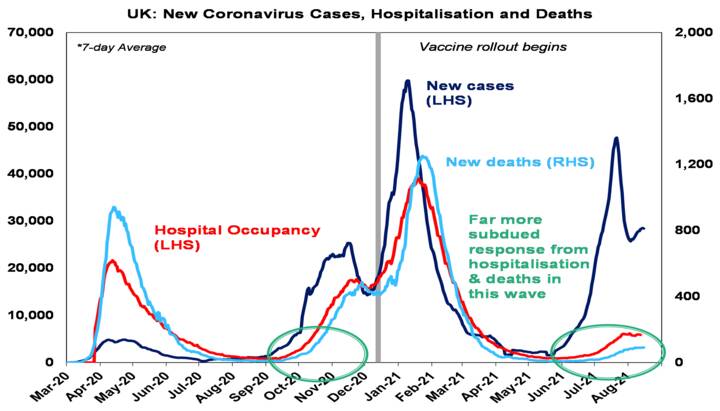 Australia’s vaccination rate has surged to 1.6 million doses a week with 39% of the whole population having had one dose and 21% two doses. If sustained, this means that the target for 70% of the adult population to be vaccinated should be met by mid-October, 80% of the adult population by early November and 80% of the whole population – which will likely be needed – in December. If this is correct then Australia should be able to more sustainably start relaxing and then exiting lockdowns from later this year. Of course, this will likely mean even higher daily coronavirus numbers but as long as they don’t overwhelm the hospital system we should be able to live with it. (Of course, the unvaccinated will remain at high risk.)

The key risks are that:

While shares remain at high risk of a short-term correction – potentially triggered by the above-mentioned risks – we ultimately see the rising trend continuing and bond yields trending up again once it’s clear that economic recovery will continue despite the disruption from Delta. Peak GDP and earnings are far more important than peak growth in either and both look to be a long way off given that the excesses that normally lead to peaks in both – a lack of spare capacity, a sustained rise in inflation and central banks jamming the brakes on – are still mostly absent.

A divergence between shares and bonds is not that unusual – in fact, much consternation was expressed about the same a year ago. Ultimately shares prevailed as investors looked beyond prevailing uncertainties and bond yields eventually rose. As long as the market can look beyond current uncertainties to something better, then it will. 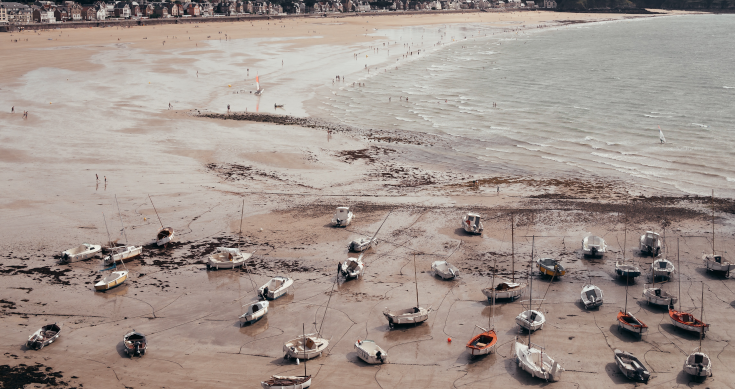 The Worry List for Shares – How Worrying Are They? 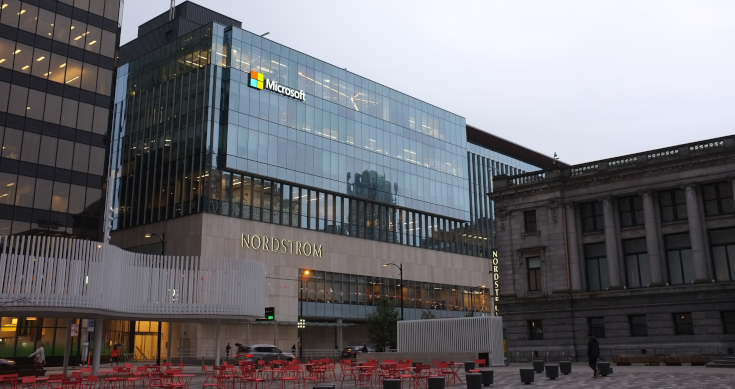 Microsoft (MSFT US): Same but different 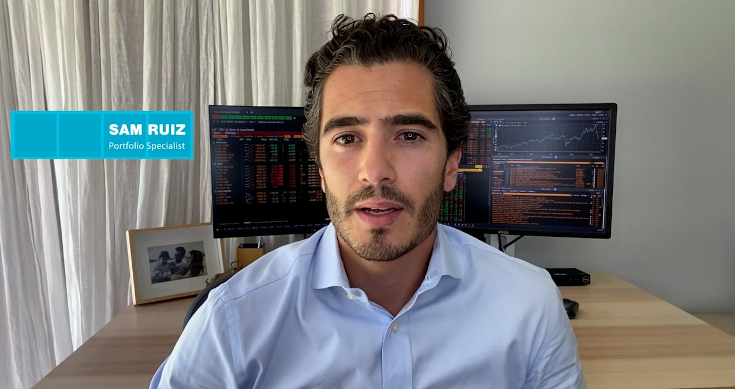 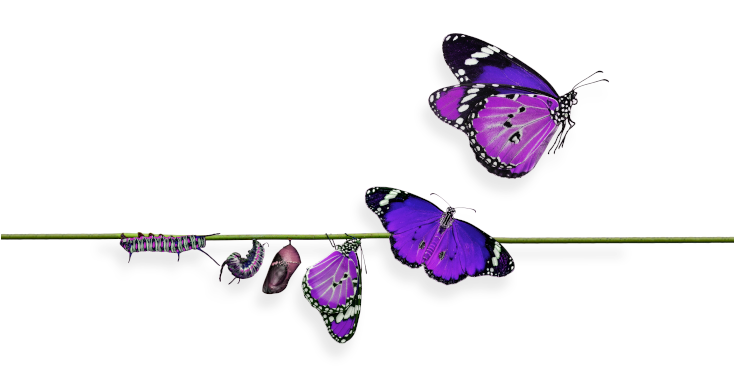