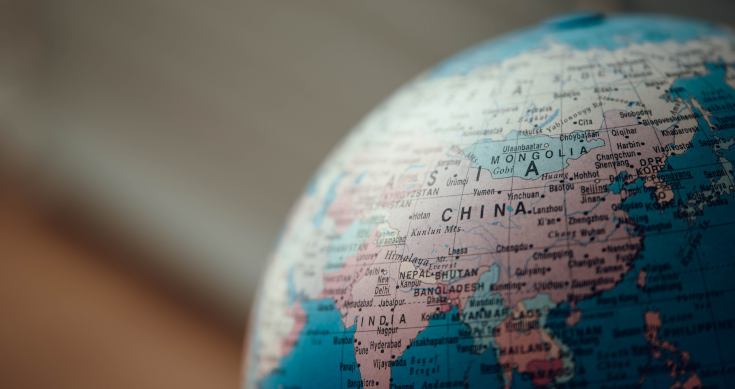 China’s imports and exports were stronger than forecast in June as the country reported another huge $US50 billion plus surplus for June.

Exports surprised on the upside in June, jumping 32.2% (in US dollar terms) and shrugged off the impact of the temporary Shenzhen port closure and other supply chain bottlenecks in the month (such as a shortage of computer chips).

The data did not show an economy needing any sort of support along the lines of the $US150 billion plus boost from last Friday’s cut to bank reserve ratios.

The extra funds from that cut become available from tomorrow (Thursday) when the final group of economic figures for June and the first half become available, along with the GDP data for the June quarter.

But the import and especially the export figures showed an economy travelling well.

Imports growth were up 36.7% slower than May’s 51.1% pace as raw material prices slowed for key commodities such as copper and iron ore, but not for oil or coal.

It was the largest trade surplus since January, amid further recovery global demand.

China’s trade surplus with the United States rose to $32.58 billion in June, up from the May figure of $31.78 billion.

That in turn saw the trade surplus soar to $US250 million for the first six months of the year from $US164.33 billion in the same period of 2020.

China has contained a sporadic coronavirus outbreak in one of its major export hubs in southern Guangdong Province that broke out in late May and ran into last month.

The pace of growth in China’s imports slowed to an annual rate of just over 31% last month from the huge 51% surge in May as shipments of iron ore and oil slowed and prices of some commodities fell from record levels the month before.

The flow of commodities and the solid export data belie some of the market reasoning for last Friday’s liquidity boosting cut in the reserve ratios of most Chinese banks.

There was certainly nothing in the trade data to suggest the Chinese economy needs a boost from the $US150 billion plus injection of extra funds from tomorrow (Thursday).

China’s monthly iron ore imports data are key for Australian investors given the importance of iron ore pricing and the big miners like BHP, Rio Tinto and Fortescue Metals to the health of the ASX.

Iron ore imports continued weakening in June, falling for a third straight month to their lowest in 13 months, according to China’s General Administration of Customs.

The data showed China imported 89.42 million tonnes of iron ore in June down 0.4% from May and down 12.1% from June a year earlier.

The value of imported iron ore surged 71.7% on an annual basis during the January-June period from the same period of 2020 with prices more than double 2020 levels in most months.

The customs data on Tuesday also showed that China’s steel products exports jumped 22.5% from a month earlier to 6.46 million tonnes in June, while imports were up 2.5% to 1.25 million tonnes.

In contrast China’s coal imports in June rose 35% from a month earlier to their highest level in 2021, driven by strong demand from power generation and industrial activity in the country.

It was in fact the highest monthly figure since China started blocking Australian coal imports just on a year ago.

For the first six months this year, China imported a total of 139.56 million tonnes of coal, a fall of 19.7% from the first half of 2020, the General Administration of Customs trade data showed on Tuesday.

China’s crude oil imports in the first half fell 3% from the same period in 2020, thanks to a shortage of import quotas, refinery maintenance and rising global prices which curbed buying.

In contrast imports rose in the first half of 2020 and continued rising into the second half of last year after Chinese companies took advantage of the collapse in world oil prices in February-June of that year to buy up bog.

This year it has been a different story, with prices rising to multi-year highs in June.

Reuters said that was the equivalent of 9.77 million barrels per day (bpd) of imports and a touch more than the 9.65 bpd in May, but sharply down on the 12.9 bpd in June, 2020 when the import boom was booming.

For the first half of 2021, imports into the world’s top crude oil importer totalled 260.66 million tonnes, down 3% on a year earlier and the first fall in half year imports since the first six months of 2013.

Big purchases by independent refineries bolstered imports in the first quarter, which grew 9.5% over the same period of 2020 but the June quarter saw a slide in shipments as global prices rose and import quotas were used up (China cut import quotas because companies and others were trading it in contravention of regulations).

LNG imports jumped by nearly 24% in the six months to June to 59.82 million tonnes. For June, China’s gas imports, including liquefied natural gas (LNG) and piped gas, remained high at 10.21 million tonnes last month, compared with 10.32 million tonnes in May.