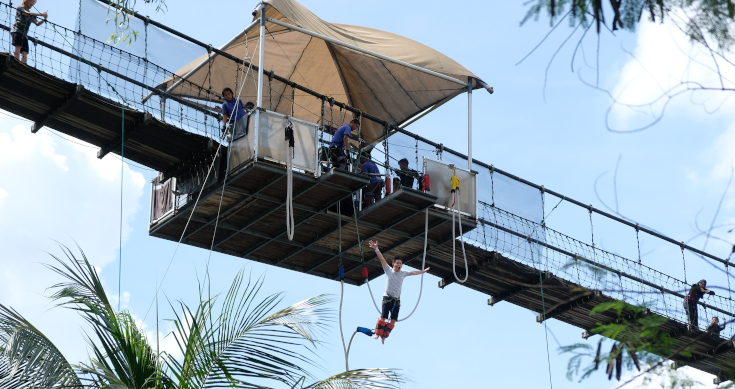 The CSI 300 index (which includes the top stocks on the Shanghai and Shenzhen exchanges) was up 1.6% at one stage before easing a touch to be up 1.25% at the close.

The Hong Kong and Shanghai markets also rose, while the Nikkei in Tokyo and the ASX in Sydney were higher thanks to a relief rally following record highs on Wall Street on Friday.

The Nikkei did best of all, rising more than 2.2%.

But the rebound in Asia and especially in China missed the point of Friday’s move by the People’s Bank of China (PBOC) to cut the amount of cash that banks must hold as reserves – the Reserve Ratio Requirement.

Markets rallied on the action (and the US records on Friday) and not the reality in China at the moment.

Around 1 trillion yuan ($US154.19 billion) will become available from July 15 for Chinese banks to lend to customers (and to meet seasonal tax and other payments due this week).

With most of the cash heading to meet these seasonal and tax needs, it will relieve strains on the Chinese financial system from companies chasing funds to make the payments and bidding up interest rates and hurting other areas of activity.

The cut is the first significant move by the Chinese authorities to loosen monetary policy since the economy emerged from the pandemic before any other.

It’s a big sign (and just short of a cut in China’s Loan Prime Rate) that more liquidity is needed to support an economy that is starting to lose momentum.

The cut in the reserve requirement ratio (RRR) was announced on the same day that PBOC released data showing China’s broad credit growth in June surged past expectations. But activity data due on Thursday is expected to show a further softening.

Trade data is due later today and is forecast to also show signs of a slowing pace of momentum, especially exports.

“We think the larger than expected universal RRR cut is likely to reinforce market expectations that PBOC is determined to keep liquidity stable, which will support risk sentiment in the near term,” economists at OCBC Bank, wrote on Monday.

“Expectations around China’s outlook have soured over the past month as a result of some disappointing partial data made a lot worse by the optics of coming off peak growth from the pandemic recovery,” said Westpac analysts in a note on Monday.

“However, annual growth is still expected to be above 8.0% and, through the second half of 2022, the quarterly growth pulse should firm back to trend.”

Capital Economics said: “Our assessment is that the PBOC is trying to nudge banks to lower lending rates without shifting its broader policy settings, such as its quantitative controls on credit.”

“The RRR cut is the first clear sign that, with the withdrawal of last year’s stimulus essentially complete, the focus of policymakers is shifting towards managing structural strains, including the balance sheet weakness of highly-indebted firms.”

Citigroup on Monday said the potential pressure on banks in loan pricing, credit demand and asset quality as the unexpected RRR cut “May signal the economic recovery could be weaker than expected.”

European Central Bank President Christine Lagarde caught markets by surprise on Monday saying the bank will change its guidance on policy at its next meeting and show it is serious about reviving inflation.

The ECB’s new strategy allows it to tolerate inflation higher than its 2% goal when rates are near rock bottom. That’s similar to the new monetary policy stances of the Reserve Bank in Australia and the US Federal Reserve.

Fed chair Jay Powell is due to testify before the US Congress on Wednesday and Thursday and after the June Consumer Price Index data is released tonight (Tuesday).

America’s June quarter reporting season kicks off tonight with JPMorgan and Goldman Sachs due to release what analysts say will be strong results thanks to the absence of the big loan loss provisions seen a year earlier in the June, 2020 quarter.