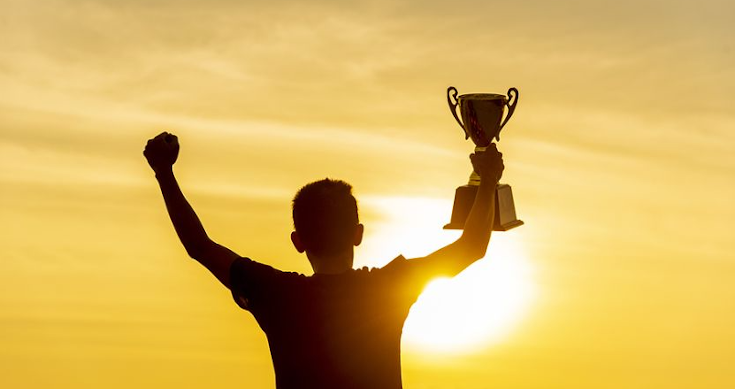 Before leaving Australia, on a virtual tour for travel-starved readers, we initially find that Afterpay ((APT)) holds the position as market leader in the domestic market for BNPL. It is the most downloaded, frequently used app, with the most traffic and unique visitors to the site.

Over in the UK, where the BNPL market will likely remain duopolistic, Swedish-based Klarna has developed and maintained a strong market share with first-mover advantage. However, since launching in the UK in June of 2019, Clearpay (Afterpay’s UK business) has seen a marked step-up in website traffic.

Next, we continue our journey across the Atlantic from the UK, and notice a much more oligopolistic market structure prevails in the US. There are three main competitors in Afterpay, US-based Affirm and Klarna, without a clear number one market player.

These are the some of the conclusions drawn by Jarden from recent data on trends and changes in competitive dynamics in key BNPL markets.

As an overlay to these findings, the competitive threat of PayPal needs to be considered. The company launched its BNPL product in August 2020 with a rollout through Germany, France, the UK and US, and is due to launch soon in Australia.

Also, specific to the US competitive landscape, Afterpay recently added non-network merchants to its app.  Does this represent an evolution in the company’s revenue model?

Let’s first examine in more detail the more mature market in Australia, by focusing on those players with the highest market share.

Afterpay, Zip Co ((Z1P)), Klarna and Deutsche bank-owned Latitude have the highest market share in Australia. Afterpay has the leading position, likely a result of first-mover advantage into the market. The company should remain in a strong, dominant position as the economics of scale accumulate, believes Jarden.

Zip Co has less than a third of the traffic of Afterpay. However, over the last 12 months, it has remained a clear and consistent number two, in front of Klarna. Audience overlap data shows Zip Co and Klarna offer unique customers compared to Afterpay and the broker believes this could help to justify merchant support for more than one player at their checkout.

Meanwhile, Klarna has faced greater challenges than some of the more established BNPL providers. This situation is likely to persist as the original backer, Commonwealth Bank ((CBA)), invests and markets its own BNPL product offering.

BNPL in the UK

Klarna has developed and maintained strong market share with first-mover advantage in the UK. However, since launching in June of 2019, Clearpay (Afterpay’s UK business) has seen a marked step-up in website traffic, and in the last six months, has surpassed Klarna. However, Citi notes some caution should be applied to website data, as Klarna users may prefer to use the app rather than the website.

Klarna continues to lead in app downloads and active users. Zip Co launched in the UK in late 2020, and while traction to-date is marginal, it is still considered to be in the early-adoption phase.

Jarden feels the BNPL market will likely remain duopolistic as other smaller competitors are unable to make a material impact in attracting consumers. Both Quadpay (Zip Co’s US entity) and PayPal have launched in the last 12 months and are yet to release numbers. While Zip Co’s traction to date is marginal, Jarden notes it is still in the early adoption phase.

BNPL in the US

As mentioned previously, the market structure more resembles an oligopoly in the US, with three main companies in Afterpay, Affirm and Klarna. At this point in time, a number one player is not as clear as for other markets. Despite this, Jarden sees unique audiences for each of these key players, which is supportive of a multi-player market.

While Afterpay leads traffic and engagement, Affirm has the greatest website audience loyalty. Klarna is the leader for app downloads though Afterpay is making strong progress at closing the gap.

While it’s thought the performance of these stocks is driven by revenue, it’s important to think of other metrics. Afterpay is seen as emerging strongest in terms of long-term margin potential by Jarden, followed by Zip Co, both due to their first mover advantage, balance sheet and scale benefits.

The threat from PayPal

While recognising PayPal is a large, formidable competitor, there are unique customers brought to merchants from other providers, and there remains an important place for the likes of other financial payment offerings.

Jarden remains conservative and awaits competition to unfold, despite believing in potential upside risk to forecast merchant service fees (MSF) for the industry.

The economics of BNPL players remains a long-term valuation driver, and those with the first-mover advantage will achieve the most favourable economics. Smaller and new entrants, on the other hand, will be challenged to achieve long-term sustainable profits.

Comparison between PayPal and Afterpay

In a comparison between PayPal and Afterpay, Jarden found that both Afterpay and Zip Co offer unique new customers to merchants that supports their respective usage.

Another takeaway was that pressure upon MSF resulting from PayPal’s entry to the market may not be as strong as first thought. One of the key BNPL investor push-backs is that competition will continue to erode MSF, particularly as PayPal’s take-rate has declined over the last four years.

However, Jarden takes comfort in that PayPal does not intend to adopt a loss-leader pricing strategy to gain and/or protect market share. The company recently announced a series of price increases for its US business. This included lifting the pricing for its core product, which could prove supportive of BNPL MSF margins. In addition, the decline in PayPal’s take rate has been driven largely by a product mix-shift towards lower take rate products.

Finally, the comparison illustrated the difficulty of margin comparisons between PayPal and Afterpay. This is because PayPal is still considered an immature company, with evolving product sets requiring reinvestment.

Recent Afterpay news in the US

The recent addition of non-network merchants to the Afterpay app represents an evolution in the company’s revenue model. The one-time cards may be used at merchants such as Amazon.

Morgan Stanley lists other US merchants including CVS, Dell, Kroger, Macy’s, Nike, Sephora, Target, Victoria’s Secret, Walgreens and Yeti, representing “almost half of all US ecommerce volume”. The broker believes this could present an opportunity for Afterpay to build relationships and offer its fully integrated BNPL service at some of these merchants over time.

The addition of this curated Shop Anywhere offering should reduce leakage to competitors, according to Citi. While the offering is limited to select merchants, it reduces the merchant/supply-side advantage of some competitors (especially PayPal).

Apart from a boost to purchase frequency in the US, it should also increase customer engagement levels and be accretive for the net transaction margin. Morgan Stanley expects the merchant fee rates on these cards to be above Afterpay’s current 3.8% take rate.

Shop Anywhere is thought to be a negative for Zip Co’s Quadpay, especially given Citi’s consumer survey results indicate that Quadpay has a high customer overlap with Afterpay.

However, a key differentiation of Quadpay’s offering in the US is that it offers consumers a true shop anywhere experience as it can be used at any merchant (online or in-store). The risk from Quadpay’s perspective is that Afterpay’s addition of non-network merchants reduces the attractiveness of Quadpay’s offering. It could also put pressure on its volumes and revenue yield as it may need to reduce the consumer fee.

Is lack of regulation harming the consumer?

According to Australian Managing Director of ClearScore, Steve Smyth, survey data shows the BNPL industry is “flying blind”. This is ultimately to the detriment of consumers’ credit records, the effect of which may linger for several years.

The ClearScore app is the most popular credit scoring app in Australia with over 400,000 users, and a further 14m worldwide. The consumer credit marketplace and technology firm reveals that over the past eight months, the number of consumers running up multiple (over three) BNPL debts has jumped to 30% of users. Meanwhile, the number of users having missed repayments has blown out by 83%. One in three of these users now admit to having missed repayments.

This compares to a report by the Australian Securities and Investments Commission (ASIC) issued last November, that one in five users of BNPL miss instalments and have to pay late fees on top of the scheduled repayments.

Smyth points out that when those debts are sold-on to collection agencies, they will show up as multiple defaults. This will be the case, even if the dollar amount defaulted is comparatively small.

As there are no external credit health assessment on most BNPL transactions, there is no independent aggregate picture of the overall financial health of BNPL customers. The level of strain, resilience or vulnerability to a financial shock of users, simply cannot be ascertained.

Because BNPL providers don’t charge interest, they aren’t regulated under the National Credit Code as credit cards and payday loans are. Nor do they have to comply with the responsible-lending and financial-hardship regulations that come with the Code.

Eight BNPL providers, representing 95% of the market, have signed to a voluntary code of conduct, which came into effect in March this year. The industry lobby group, the Australian Finance Industry Association (AFIA), claims this voluntary code negates the need for further regulation.

Patrick Veyret, CHOICE magazine senior policy and campaigns adviser, disagrees and believes “an industry code is no substitute for a rigorously enforced law”.