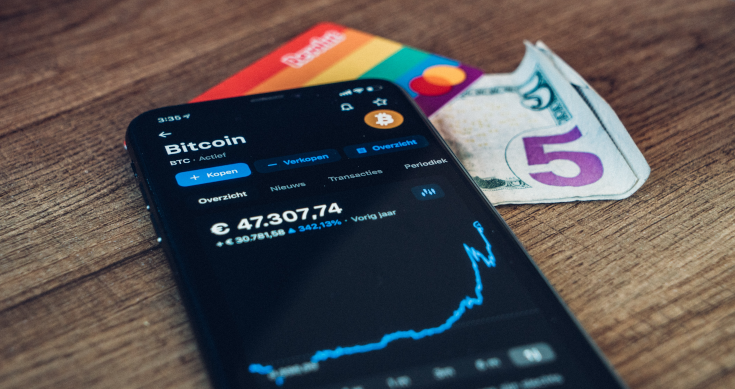 China whacked crypto currencies hard again on Friday – a second warning shot in as many days – but this time the comments were aimed at sector leader Bitcoin and the risks it and its competitors pose to the country’s financial stability.

That’s why Bitcoin took the brunt of the selling on Friday and into the weekend.

The statement from singled out Bitcoin as the asset it needs to regulate more. Released late Friday in China, the statement said it is necessary to “crack down on Bitcoin mining and trading behaviour, and resolutely prevent the transmission of individual risks to the social field.”

“It is necessary to maintain the smooth operation of the stock, debt, and foreign exchange markets, severely crack down on illegal securities activities, and severely punish illegal financial activities,” the statement added.

Wall Street Crypto-linked shares including Coinbase and MicroStrategy turned red on the headline and ended the day 3.9% and 4.7% lower, respectively. Tesla shares fell 1%.

Other cryptos suffered losses as well, with Ethereum and Dogecoin both down more than 11% amid a continuing weakness in prices for the group.

Friday’s statement came two days after three Chinese industry bodies tightened a ban on banks and payment companies providing crypto-related services, was a sharp escalation of the country’s push to stamp out speculation and fraud in virtual currencies.

Liu is the most senior Chinese official so far to publicly order a crackdown on Bitcoin. This is the first time the government has explicitly targeted crypto mining.

The problem for cryptocurrencies, and especially Bitcoin, is that their mining is so reliant on China, and the will of the Chinese government. That is now clearly against it – with environmental reasons (as well as the obvious political factors of Communist Party control of the whole economy and financial system) a bonus because the mining is a big consumer of electricity produced by coal (coal is still the major source of electricity in China).

China’s crackdown on mining though looks like winning support of western environmentalists, but before they cheer too soon they should wait and see if the real reason is the Communist Party’s desire to control the mining for itself and the government – to make money as well as for its own cryptocurrency plans.

One of the boasts about cryptocurrencies is that the use of a distributed ledger system (blockchain) frees the data from government control. Not so, as far as the Chinese government and the Communist Party are concerned.

Cryptocurrency exchanges operating in Hong Kong will have to be licensed by the city’s markets regulator and will only be allowed to provide services to professional investors, according to government proposals to be presented later this year.

Earlier on Friday, China’s state broadcaster CCTV warned against “systemic risks” of cryptocurrency trading in a commentary on its website.

Rival cryptocurrency Ethereum also came under pressure, trading down more than 15% at $US2,339.

China’s latest campaign against crypto came after the US Treasury Department on Thursday called for new rules that would require large cryptocurrency transfers to be reported to the Internal Revenue Service and the Federal Reserve flagged the risks cryptocurrencies posed to financial stability.

Bitcoin markets operate around the clock, every day, setting the stage for price swings at unpredictable hours, with retail and day traders driving those moves.