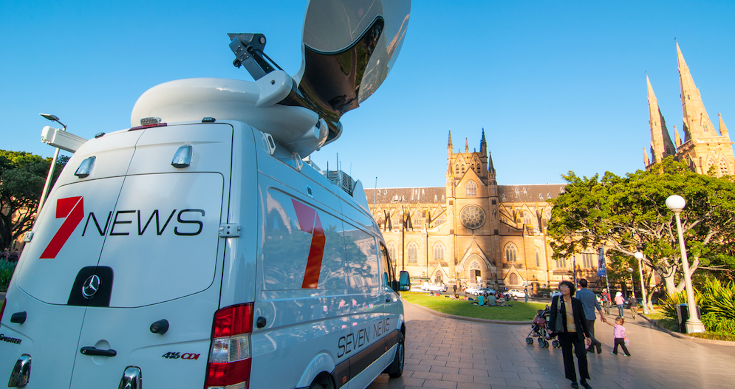 Rupert Murdoch’s News Corp raised more than $A1.3 billion a couple of weeks ago and now his rival mogul, Kerry Stokes wants half a billion dollars for his Seven Group Holdings master company to reduce debt – or so it says.

But cutting the debt from a high $2.6 billion to $2.1 billion will, according to the company, allow it to free up cash to help finance other businesses or even pave the way for more acquisitions.

But for the time being we can be certain that it won’t be cleaning up the underperforming Seven West Media (40% owned by Seven Group), or bidding for all of Boral (23%).

Seven West Media is declining with no growth prospects and at Boral, the company has managed to borrow to finance its way to the dominant minority position with directors on the board and effective control of the building products company.

The issue will see the number of shares rise and Stokes family control loosen. Stokes currently own 42.5% of the group but following the raising will hold 38.8%, according to the Monday statement from the company.

Besides the half a billion dollars from big shareholders, which was due to be completed overnight (the shares were halted yesterday to allow the raising to happen), the company is looking for another $50 million in a retail offering.

“As our track record demonstrates, we maintain a disciplined approach to investment and capital allocation for the benefit of our shareholders”

In reducing the debt to $2.1 billion, Seven said the raising will allow it to discharge certain types of debt it has and that, following recently concluded refinancing, it will have $691 million of committed undrawn facilities.

Besides the stakes in Boral and Seven West Media, it has a 28.5% interest inBeach Energy.

Its biggest businesses are equipment hire companies Coates Hire and WesTrac, the latter of which is the biggest dealer globally of Caterpillar machines and services with dominant positions in the WA iron ore and lithium industries especially as well as the wider mining and infrastructure sectors.