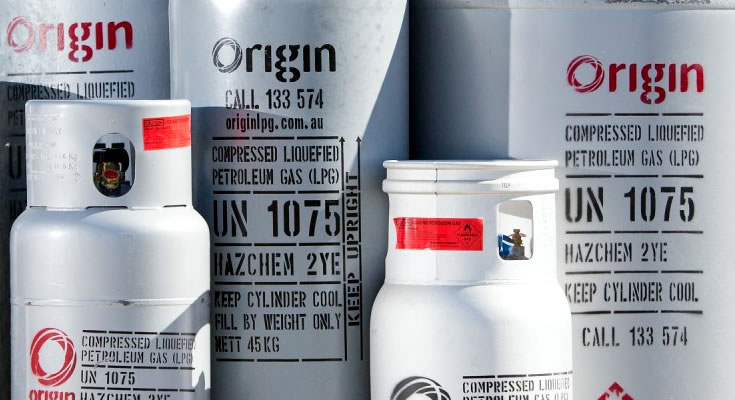 There are several paths opening up for Origin Energy ((ORG)), outlined in its investor briefing. Brokers highlight rising cash levels as commodity prices rebound, amid the prospect for capital returns.

An increase in gas production guidance along with improved export demand was noted. Cost reductions continue to feature in both integrated gas and energy markets and the implementation of Kraken technology should provide more retail efficiency.

There was no change to the dividend policy of paying out 30-50% of free cash flow and FY21 production guidance was increased to 675-705PJ, up 4%. Citi assesses guidance is “quite realistic” and forecasts $1.32bn in free cash flow for FY22 along with a 17% yield, assuming a US$57/bbl oil price.

A reward for patient shareholders is anticipated, in spite of the uncertain outlook for capital expenditure on power generation. By the end of FY22 the leverage ratio should be low enough, in the broker’s view, for the pay-out to increase to 50%.

As opportunities for meaningful expenditure on existing facilities are being limited by government intervention, Citi suspects buybacks may be a likely outcome in FY23 while the share price more than compensates for the ongoing risks in energy markets.

Morgans understands there has been an increasing number of spot LNG sales as the northern hemisphere winter lifts demand and the global economy recovers. Higher volumes and higher commodity prices should mean the company can expect a cash distribution in the first half of $270m from APLNG.

The update provides the broker with confidence there is further upside available, with the main driver being the better performance of APLNG. UBS, too, finds the outlook improved as the company benefits from production and cost efficiencies within APLNG.

The broker lifts production estimates to reflect the updated guidance and also raises its forecasts for FY22-24, recognising that APLNG customers will have exhausted downward tolerance in LNG sales contracts over the next 12 months and be required to take higher volumes compare with 2020.

Morgan Stanley welcomes the lift in production guidance but calculates break-even gains on higher volumes will be mostly offset by the appreciation in the Australian dollar. In sum, the share price reflects a constructive outlook for oil & gas in 2021 albeit a subdued electricity forward curve and the broker retains an Equal-weight rating.

That said, Morgan Stanley welcomes APLNG’s FY22-24 cost target of less than $3.50/gigajoule, which will come from a combination of well productivity and operating improvements.

First quarter retail energy volumes grew 5% and the pandemic is now cited as a positive factor, as solar/energy efficiency losses were offset by cooler weather. The pandemic was a negative factor for retail in FY20 as reductions in small-medium business consumption more than offset the increase in residential.

Goldman Sachs assesses the company’s energy market portfolio is lower in terms of carbon intensity compared with the national energy market and therefore appropriately positioned for any acceleration in transition to renewables.

Yet new renewables and evolving regulation should prove challenging for higher capital-cost operators such as Origin Energy, in Morgan Stanley’s opinion. The company has highlighted feasibility works on green gas plants and, based on current electrolytes capital costs, the broker estimates construction costs in the area of $1bn.

Origin Energy has indicated Eraring will be operated on a more flexible basis, which Macquarie asserts is a good indicator of the challenges facing baseload electricity generation. Moreover, only as policy starts to form in the next 12 months will the market move from being chaotic to provide a means for investment.

Macquarie believes the National Energy Markets transition and policy developments, such as the NSW roadmap, are threatening the life of Eraring and may bring forward its closure.

Eraring is Australia’s largest coal-fired generation plant and the largest contributor to the company’s baseload position. Morgans agrees, while Origin Energy has highlighted flexibility, it has a large exposure to Eraring which will pose risks in the years ahead.

UBS adds that the chaotic market is making it difficult to invest, in part arising from the NSW government’s intention to underwrite 12GW of new renewables and the pace at which new capacity is underwritten will be key in determining the impact on Origin Energy’s generation facilities.

The broker assesses the company can augment Eraring with batteries and gas and, given future plans to reduce expenditure, savings may support investment in new short-duration grid-scale batteries over the next 2-3 years.

Origin has been building options in batteries and quick-fire gas generation and this may ultimately be supported in NSW, along with the expansion of Shoalhaven pumped hydro storage.

Credit Suisse notes Origin has several generation projects in the wings but the risks appear to be too high to advance, given the prospect of government intervention, or government tenders are too low to generate attractive returns.

The company has pushed into hydrogen with several projects amounting to 300 MW/36,000tpa of export capacity with a trial at Jemena for producing and using green hydrogen. At this early stage, Macquarie assesses the main competitive opportunity will be integration with the gas and electricity grids.

The critical issue is a US$2/kilo cost point for hydrogen to be competitive to gas, and this requires a 60-70% reduction in the cost base over the next 10 years.

The company has three potential projects in green hydrogen and ammonia, two of which should enter front end engineering design shortly. While Origin is well-placed for this sort of technology, Ord Minnett does not believe hydrogen will be a driver of earnings or value for some time.

Goldman Sachs, not one of the seven stockbrokers monitored daily on the FNArena database, has a Buy rating and $7.85 target. The database has four Buy ratings and three Hold. The consensus target is $6.42, suggesting 23.7% upside to the last share price. The dividend yield on FY21 and FY22 forecasts is 3.8% and 4.7%, respectively.