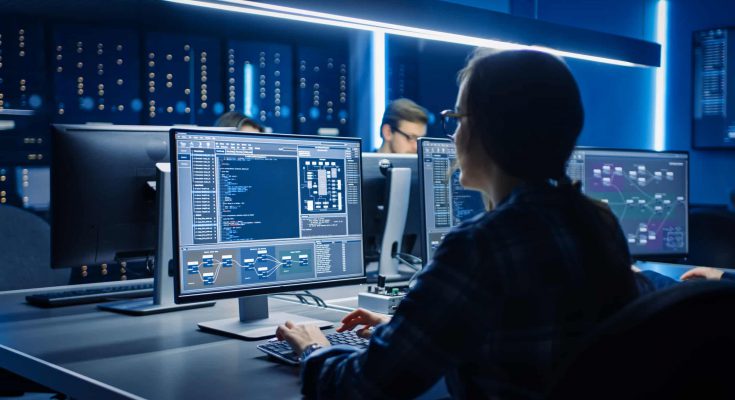 In the immortal words of Britney Spears: “It’s been a while, I know I shouldn’t have kept you waiting…” After a few hectic weeks, the Wrap is back! Apologies for the delay.

Hurdles remain before a commercial hyperloop system is built. Virgin Hyperloop still needs to raise enough money for its next project, a six-mile, $500 million test facility in West Virginia. Walder said that pods at the facility wouldn’t reach 600mph, but declined to share how fast they would go. The test facility is being built to certify Virgin Hyperloop’s technology.

Walder believes that the company’s hyperloop system will be certified in 2025 or 2026, and that we could see hyperloop projects before the decade ends.

Days later, a hyperloop prototype by the Korean Railroad Research Institute (Korail) in South Korea reached speeds of over 1,000 km/h.

According to Son, aerial drones will slash travel times on trips within the Seoul urban area by up to 70%. A journey from Yeouido to Incheon International Airport will take less than 20 minutes, as opposed to over an hour by car.

Fifteen companies including Illumina, Microsoft, and Twist Bioscience have formed an alliance to create interoperability standards around storing data in DNA.

By contrast, DNA provides a stable format storage medium that is durable for thousands of years when properly stored, the Alliance says. DNA enables cost effective and rapid duplication within a tiny space: Ten full-length digital movies can be stored within the equivalent volume of a single grain of salt, though digital data preserved in DNA can be encased in glass beads or stored in capsules or pellets.

Scientists have tested using living electrodes to link brains to computers in rats.

“Living electrodes” made of nerve cells genetically modified to respond to light have been successfully implanted in the brains of animals. The hope is that they will provide a better and longer-lasting way to link brains with computers than conventional electrodes.

Forbes profiled Jellatech, a startup aiming to grow collagen cells in a lab.

Animal collagen is typically extracted by boiling animal carcasses leftover from slaughter. Jellatech’s platform avoids this messy process by culturing animal cells in a lab. Michelsen, who also serves as the company’s CEO, describes their platform as a cell farm rather than an animal one. “We don’t need to slaughter animals. [Our process] is much simpler and we can control it much better. We just harvest the collagen from the cells instead of the animals,” Michelsen says.

The process starts by designing the genes to make a specific protein, such as silk, and then inserting the genes into microorganisms that start pumping out the protein in fermentation tanks.

Ultimately, the companies envision the material beginning to replace fossil-based materials like polyester, while it also provides a lower-impact alternative to materials like cotton, which requires large amounts of water, or wool, which comes with the environmental footprint of raising sheep.

Airbnb is going public. Their S-1 filing shows that Nights and Experiences Booked was growing ~30% before COVID-19 turned growth negative.

DoorDash was a clear winner of the pandemic. It reported revenue of $1.92 billion in the nine months through September, more than 200 percent above the $587 million for the same period last year, according to the prospectus filed for its planned initial public offering. It had 543 million orders through September, compared with 181 million in the same period last year.

The WSJ profiled Adyen, a Dutch payments provider that has grown to become one of Europe’s most valuable finance firms.

Adyen says its offering is more effective than those of rivals, which have to manage a patchwork of legacy systems accumulated in part through deals. Adyen’s single platform, the company says, helps merchants minimize the number of digital transactions processed that end up failing for reasons such as a customer having insufficient funds, or because the payments are fraudulent.

The Economist profiled Klarna, a Swedish “buy now, pay later” unicorn that wants to conquer America. The company raised $650 million in September at a $10.65 billion valuation from investors including Sequoia Capital, Visa, and Snoop Dogg.

The ease of the process hugely increases the “conversion” rate—the share of customers who go ahead and buy an item after putting it into their virtual basket. That is why Klarna attracts retailers like bees to a honeypot. It has signed up 200,000 sellers in 17 countries and captured 10% of the e-commerce market in northern Europe. Etsy, an online marketplace for arts-and-crafts items, signed up on October 26th.

“This is an offensive move after we made progress in building our mobile ecosystem,” Chief Executive Officer Robin Li said in a staff memo viewed by Bloomberg News. “Baidu will become one of China’s leading live-streaming platforms, taking another leap in our strategy of revenue diversification.”

China is turbocharging investment in its domestic semiconductor capabilities amid a tech trade war with the US.

SpaceX successfully transported four astronauts to the International Space Station, marking the second time this launch system has been used to transport people after the successful demo flight in May.

“Palermo’s leadership will rocket Australia toward our goal of becoming a major player in the international space industry, while providing benefits across our economy,” Morrison said in the statement.

The Australian government established the space agency in 2018 to help grow the country’s space industry. The agency is charged with tripling the size of that industry to $12 billion Australian ($8.7 billion) by 2030. That work has featured efforts such as updates to the country’s commercial launch regulations enacted in 2019.

Ocado has made two US acquisitions to improve its robotic automation platform.

“As the world moves online to groceries faster, the need for an economically viable solution for retailers is only more important,” Matthews continued. “So while COVID-19 hasn’t necessarily sped up our ambitions — which have always been to push the frontier of smart robotics and automation — it certainly hasn’t slowed them down either.”

Wynn Las Vegas has a new robot dog, which looks… a little freaky?

The Wynn has a new robot dog that walks around the property dancing and scaring small children. pic.twitter.com/W62vTue6nx

Blackpink is the biggest pop band in the world right now, a feat that would be near-impossible for a k-pop group without modern streaming platforms.

But social media, paired with global distribution from YouTube and Spotify, has enabled K-Pop bands to develop followings all over the world with minimal touring. The U.S., Brazil and Mexico are three of the six biggest markets on Spotify for Blackpink’s new single, “Lovesick Girls.” At the same time, BTS has more Spotify listeners in the U.S. than in any other region.

“I used to have the sense that the anime category was spreading widely around the world, but what we’re seeing these days is a big leap beyond that,” said Taiki Sakurai, Netflix’s chief anime producer. “The global anime fan base is expanding rapidly.”

China has caught up to the US in AI according to Kai-Fu Lee, an AI expert who used to run Google China and wrote this book in 2018.

China has—thanks to data, AI, and the entrepreneur ecosystem—rapidly evolved from a copycat into a true innovator. It currently co-leads artificial intelligence with the United States. When AI Superpowers came out in 2018, I think it was a bit surprising to people.

Green hydrogen is different. It is produced through electrolysis, in which machines split water into hydrogen and oxygen, with no other by-products. Historically, electrolysis required so much electricity that it made little sense to produce hydrogen that way. The situation is changing for two reasons. First, significant amounts of excess renewable electricity have become available at grid scale; rather than storing excess electricity in arrays of batteries, the extra electricity can be used to drive the electrolysis of water, “storing” the electricity in the form of hydrogen. Second, electrolyzers are getting more efficient.