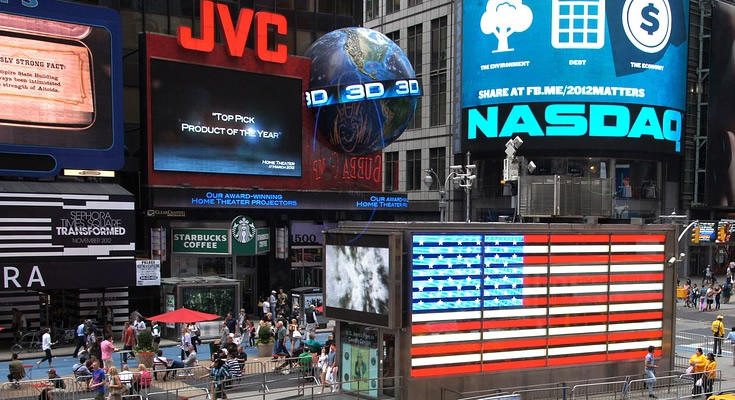 There are several ways one can look at these numbers.

The reason economists were surprised is because while Victorian data deteriorated as expected, jobs growth in the other states more than offset. That, we could say, is wonderful news. Clearly the economy as a whole is getting back on its feet and so will Victoria before too long.

But the ASX200 fell -73 points yesterday. This, we could assume, reflects a fear the government will now speed up its process of winding back JobKeeper/Seeker and other support measures. Yet even Josh Frydenberg was largely circumspect yesterday, when at any other time a Treasurer would be jumping up and down with glee.

The numbers still do not portray a realistic picture. Despite the fall in the headline unemployment rate, the underemployment did not move from 11.2%. It is agreed that if distortions from government support were removed, the unemployment would be over 9%. The bulk of yesterday’s jobs increase reflected owner-managers without employees, for example tradies returning to business, more so than employees returning to, or finding new, jobs.

The ABS survey was conducted over the first two weeks of August, when Victoria/Melbourne had just begun their new high-level restrictions. September data will likely prove more damning. And at the end of the day, when the government does wind back its stimulus, only then will the jobs numbers portray a true picture.

The ASX200 continued to fall yesterday after the jobs release, but had already dropped from the open on another weak, tech-led session on Wall Street. Whether the release exacerbated the weakness is unclear, for the local market has risen and fallen with Wall Street most every day in its pullback.

The IT sector gave back everything it gained on Wednesday and more in falling -3.0%, but this again included specific negative news in the BNPL space.

Materials (-2.2%) and industrials (-1.4%) gave back all of Wednesday gains and in the case of materials, much more, as the iron ore price fell and Morgan Stanley downgraded Fortescue Metals ((FMG)) to an equivalent Sell. Mind you, Ord Minnett upgraded to Buy three days earlier.

Healthcare (-1.6%) had been a saviour over the previous two sessions but it, too, gave way. Consumer discretionary and telcos had strong sessions on Wednesday, and they both fell -1.4%.

Overriding all yesterday was the expiry of ASX derivatives, which typically leads to inexplicable volatility. While it appears clear the Australian market remains beholden to the fortunes of US Big Tech, this morning Big Tech has again led down Wall Street but our futures, now on December expiry, are up 17 points.

Hanging on for dear life

Around lunchtime in New York, the Nasdaq again hit a -10% correction from its high. At that point the Dow was down over -380 points. This is the second time the Nasdaq has hit that level, and the second time it has rebounded. It still closed down -1.3% nonetheless, so tonight will be telling.

The previous time the Nasdaq hit -10% and rebounded the next day saw a rally.

We could assume this new round of selling is reflective of investors believing in, or being fearful of, a correction that needs to run further before tech stock froth is satisfactorily removed. On the buy-side, investors are considering -10% to be enough, but will they still think that if the Nasdaq again hits correction level?

Or we can simply look at the day’s news.

The weekly new jobless claims number rose again. After weeks of gradually falling, the seven-day running case-count has turned upward. On Wednesday night the Fed made it clear fiscal support is also desperately needed to back monetary support that can only do so much.

To that point, last night saw airline executives in a meeting at the White House to discuss an extension of the Administration’s special airline-only support package beyond the September 30 expiry so to prevent thousands of lay-offs. The Administration is on board, but the Democrats, while pushing for such support packages in general for particularly hard-hit industries, will only support a full-blown second stimulus package.

To that end, not only are the Democrats and Republicans still US$1trn apart, how any amount that can be agreed upon is divided between various categories of support, and who gets what, remains even more of a stumbling block.

Isolating all of the above and we see plenty of reasons why last night might have been a down-day on Wall Street, notwithstanding the current correction mode.

The good news is that while all three major indices closed in the red last night, the damage remains mostly tech-related. Last night saw declining stocks on the NYSE only just outweigh advancing stocks. Throughout the correction, the S&P500 equal-weight index, which neutralises the disproportionate weighting of tech — and when we say tech, it includes all of the tech sector, communication services (Facebook, Google) and consumer discretionary (Amazon) sectors – has held its ground relatively well. This has not been a wholesale market correction, even though sentiment is ensuring the rest of the market is not surging ahead as tech comes back to earth.

On that note, we recall that cloud-based software company Snowflake IPO-ed on Wednesday night and jumped over 100%. It had been priced for IPO at 36x forward revenues (it has yet to post earnings) and closed at 70x, leaving old hands shaking their heads.

At that point Snowflake was worth more than Goldman Sachs. But fear not, it came off -10% last night.

This latest blip in the iron ore price is becoming more pronounced than recent episodes.

Oil prices are continuing to rally on Hurricane Sally.

The gold price has dipped again, despite a -0.2% drop in the US dollar index, as it continues to consolidate in the 1900s.

The SPI Overnight closed up 17 points.

The US will see fortnightly consumer confidence tonight.