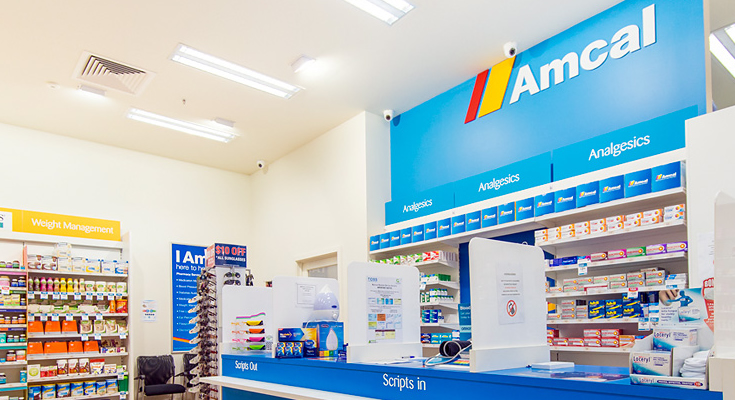 As forecast earlier in the year pharmacy wholesaler Sigma Healthcare has omitted interim dividend after reporting reasonably solid results for the six months to July.

The lack of an interim payout (2 cents a share a year ago) was explained by the absence of earnings guidance from the board in yesterday’s statement.

The board said that was due to the “vagaries” caused by the pandemic, a position outlined in June.

The company yesterday reported a 9.5% (like for like) lift in revenue for the half to $1.64 billion across its brands.

Sigma, which owns the Amcal and Guardian pharmacy groups did warn though that the impact of the pandemic and lockdowns were still hitting these chains.

Sigma did point to challenges in its pharmacy business, however, where “reduced merchandise and marketing income” due to COVID-19 had an impact on the numbers.

The chains are also allowing a greater provision for ‘doubtful debts’ given the current economic conditions.

Sigma said reported net profit after tax jumped from $2.5 million in the six months to July 31 last year to $4.7 million this year.

Reported earnings before interest, tax depreciation and amortisation (EBITDA) was $25.2 million, “slightly up on last year,” according to the statement yesterday.

However, the company is undertaking a large restructure and those numbers are impacted by a variety of expenses as well as the recent sale and leaseback of two of its distribution centres. That cut net debt to $31 million at August 31. That was down from $179 million at July 31.

Underlying net profit was down by 5.1% for the half when those factors were taken into account.

The company’s turnaround strategy, ‘Project Pivot’, is aiming to realise more than $100 million in efficiency gains by 2021 and CEO Mark Hooper said in yesterday’s statement the company is still on track to achieve this despite the pandemic, which is an “outstanding result”.