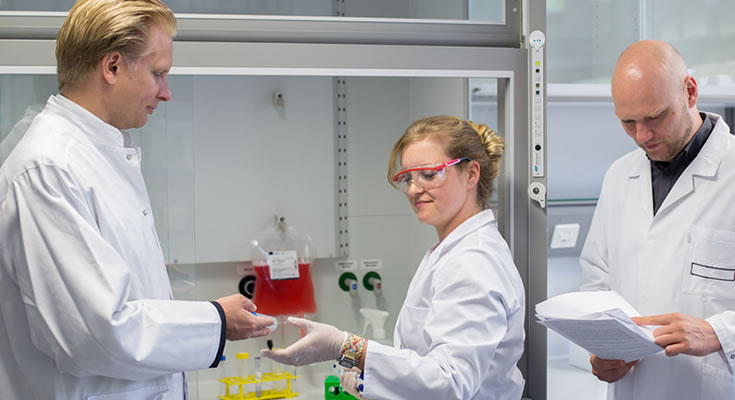 Immutep CEO Marc Voigt contemplates the frenetic trading in the company’s Nasdaq-listed American Depository Receipts (ADRs) after the patent approval news: the equivalent of 547 million ordinary shares changed hands over the course of the day, more than the company’s market capitalisation.

“It’s an interesting stock from a trading point of view,” he says.

Of course, Immutep is also an interesting stock from a clinical point of view, given the ongoing AIPAC trial and other programs that target (among other things) head, neck and shoulder cancer and lung cancer.

The therapy is being developed as a combination drug alongside standard of care chemotherapy, or checkpoint inhibitors such as Keytruda.

The checkpoint inhibitor Keytruda (pembrolizumab) was approved in Australia in 2015 after a campaign by the late businessman and skin cancer sufferer, Ron Walker.

While they have transformed cancer treatment, checkpoint inhibitors are only effective for a minority of patients and it’s hoped that using them alongside an immune activator such as efti, will boost the response rate.

With Immutep’s largest and most advanced trial in breast cancer patients, AIPAC, the company is running it alone. Otherwise, its clinical activities revolve around partnerships with big pharmaceutical houses, which reduce the risk and cost of big-ticket drug development.

In collaboration with Merck & Co of the US, Immutep is evaluating efti as a treatment for solid tumors, in conjunction with Keytruda.

Known as TACTI-002, the phase 2 trial is targeting head and neck squamous cell carcinomas (HNSCC) and non-small cell lung cancer (NSCLC), as both a front line and secondary treatment.

As of late July, TACTI-002 had recruited about three-quarters of its targeted 109 patients.

Interim results have been “consistently encouraging”: in the case of second -line (previously treated) HNSCC patients, an overall response rate of 38 per cent to date.

With the lung cancer cohort, progression-free survival (slowing tumor growth) is estimated to be more than nine months, “a very encouraging achievement for patients with such advanced cancer.”

Immutep hopes to report more “mature” TACTI-002 data in the current half, with (virtual) presentations slated at two major European and US oncology conferences later this year.

Meanwhile, management is mulling the clinical and regulatory path for the breast cancer program after the initial AIPAC trial data showed efti improved progression free survival relative to chemotherapy when used alongside chemo.

However, the data was seen as missing the trial’s high expectations – or endpoints – but it also showed promising efficacy in other areas.

“We delivered results that were not as good as we hoped for,” Mr Voigt says.

AIPAC is testing IMP321 in combination with paclitaxel (branded as Taxol), the standard of care chemotherapy.

The placebo-controlled trial has enrolled 227 metastatic breast cancer patients across 30 sites in Europe.

Voigt says: “the reality is the results were not up to expectations which were very high.”

He adds the treatment was more effective in some patient subsets, such as those with a low monocyte count (a low baseline immune response) and those with more aggressive tumor types.

“We really need to see the full data set and analyse it,” he says.

Mr. Voigt adds the AIPAC story is not over because a data readout on “overall survival” – the extent to which lives are prolonged — is expected by the end of the year.

In other programs, Immutep is also collaborating with the German-based Merck KGaA and Pfizer Inc in early stage studies for solid tumors.

A phase I trial, Insight-004, is evaluating a combination of IMP321 and the immunotherapy drug Bavencio (avelumab) to treat advanced solid malignancies.

Immutep has also licensed an immune checkpoint inhibitor candidate to Novartis and a depleting antibody program to Glaxosmithkline, targeting inflammatory disorders such as ulcerative colitis.

Despite Immutep’s active news flow some investors may be more familiar with the company’s former guise of Prima Biomed before it bought the private Immutep (now its wholly-owned French subsidiary) in 2014 and subsequently changed its name. Immutep’s French subsidiary was founded by the French immunologist who discovered the LAG-3 protein, Frederic Triebel.

Inevitably, investors draw comparisons between Immutep and the formerly ASX-listed immune-oncology play Viralytics, which was taken over by Merck for $500 million while in mid-stage clinical development.

Doubts about the breast cancer program aside, the pending data on the efti-Keytruda combination could invoke Merck’s acquisitive juices a second time around.

“Although Viralytic’s Cavatak and efti both aim to influence the immune system’s response to cancer, that is really where the similarities end” says Corporate Connect’s biopharma analyst Mr Marc Sinatra.

He says while Cavatak was a “niche therapeutic”, efti has much wider potential applications.

“There are many indications where efti could obtain broad use,” he says.

“The upfront payments, milestones and royalties that would flow through such deals seem to have become disconnected from Immutep’s current share price, leaving the stock significantly undervalued.”