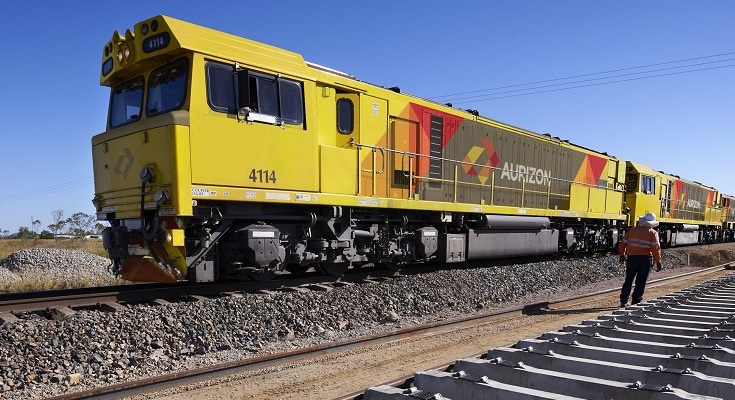 The outlook for Aurizon Holdings ((AZJ)) is finely tuned to coal prices, bulk volumes and contract re-negotiations on its network. Coal haulage earnings were flat in the second half of FY20 while bulks performed strongly.

Aurizon expects flat volumes in FY21 within the coal haulage business while bulks are expected to grow 5-10%. FY21 guidance has been lowered to earnings of (EBIT) $830-880m because of flat volumes and the impact of under-collecting on the network.

Macquarie considers the stock defensive and the share price supported by continued buybacks, which have been guided at $300m in FY21. Volume recovery presents upside and if this does not emerge then downsizing of coal operations could be on the cards.

However, Morgans points out, while the company is positioning as best it can to take advantage of a recovery in coal export demand, this is a high fixed-cost business and cannot suddenly reduce and then subsequently increase capacity.

Volume uncertainty and the pending outcome of court decisions do create risks for FY21, in Macquarie’s view. The company has been a successful litigant in the Acacia Ridge sale and also in the Wiggins Island rail project contract.

Success in these actions could mean additional support for buybacks, the broker adds. Credit Suisse expects, with management committing to progressively add debt, a further $400m in buybacks is likely in FY22.

However, should the independent expert require additional investment to address a capacity deficit in the Central Queensland Coal Network then this could make inroads into the amount available.

While acknowledging the relative resilience of the stock and appealing capital management at a median valuation, Morgan Stanley is cautious, and notes there are few short-term re-rating catalysts.

Citi ascertains the cash dividend coverage is strong despite the potential for weaker earnings and envisages a sustainable dividend yield of 5-6%, with options for capital returns from the re-gearing of the operating division balance sheet calculated to unlock a further $900m that can be applied to buybacks.

In line with its forecasts Morgans estimates an FY21 distribution of 26.7c. At current prices this implies a cash yield of 5.7%. The broker assesses the distribution could average an even higher rate of 29.5c across FY21-23, if earnings actually follow the outlook.

Citi highlights the lack of visibility around coal volumes and network revenues as the key risks. The broker forecasts a decline of -3% in FY21 for coal earnings but the outlook is contingent on no material increase in competition that would place further pressure on freight rates.

Historically, weaker demand and falling prices have led to do a decline in coal haulage volumes and Citi expects FY21 will be no different. A pick-up is anticipated in the second half of FY21 but the extent of this is a vexed question.

To become more positive, Citi would require improvements in the coal price, export demand and capacity utilisation in Chinese and Indian steel mills. The company has highlighted no earnings growth in FY21 as volumes have not emerged to counter the impact of lower contract pricing.

Macquarie points out volume trends over the last seven years have been at the lower end of 210-220mt and growth appears somewhat elusive. Volumes were flat for the third year in a row and most likely will be again in FY21. Re-contracting also means exposure to variable revenue increases to 40-50% from 30-40%.

UBS does not consider the current pressures on coal volumes are a structural issue and expects earnings will recover in line with steel production/power generation over time.The broker assumes coal volume growth will recover from FY22 but agrees this is largely dependent on the impact of the pandemic on economies and the coal price.

Macquarie assesses, while the short-term demand for coal is uncertain, the longer-term outlook is becoming increasingly clear as de-carbonisation of power generation accelerates. Aurizon has emphasised the longer-term market for seaborne coal, particularly metallurgical coal, is driven by infrastructure developments and energy demand in Asia.

However, as the broker points out, Japan has accounted for 31% of Australian coal exports and announced it will be phasing out all inefficient coal plants by 2030. Macquarie assesses Aurizon has limited growth opportunities although management is not hiding from the challenge. The company is vulnerable to a technology shift in electricity generation, and hydrogen will also challenge the long-term outlook.

Bulks have transformed from a loss-making business three years ago, attributed to winning new an extended haulage contracts and efficiency improvements.  The division reported underlying FY20 earnings of $90m, 19% ahead of Citi’s forecasts.

Bulks contributed around 20% of “above-rail” earnings in FY20 and all the growth. The broker anticipates sustainable earnings for the bulk division of $90-100m out to FY23, but this is dependent on pricing integrity and operating costs.

In June, Aurizon expanded services to cement products on the Kalgoorlie freight line and the purchase of the Townsville ports business should also provide earnings growth in FY21, although Citi requires further details regarding integration.

While retaining a Buy rating based on appealing relative valuation to the ASX 200 ex resources and scope for further capital returns, the broker acknowledges a high conviction viewpoint is difficult at this stage.

FNArena’s database has five Buy ratings and one Hold (Morgan Stanley) with a consensus target of $5.22 that suggests 12.3% upside to the last share price. The dividend yield on FY21 and FY22 forecasts is 5.7% and 6.3%, respectively.