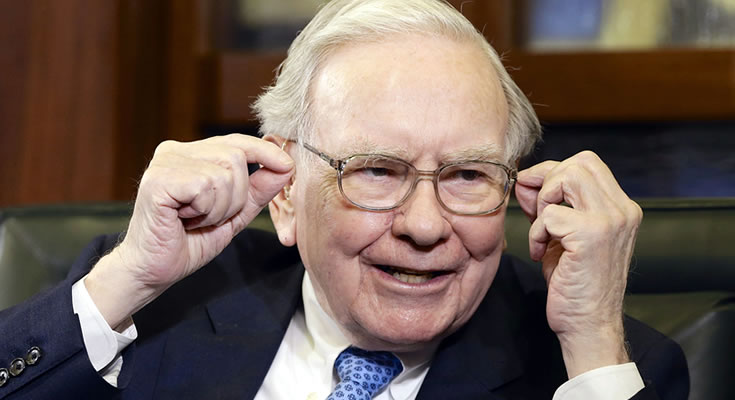 His Berkshire Hathaway company is due to report its second-quarter earnings next weekend but they have been made largely irrelevant by the continuing surge in Apple shares and a 10 day, $US1.7 billion buying spree in Bank of America stock in the closing weeks of July.

The stepped-up pace of buying Bank of America shares came three months after Berkshire bailed out of most of its stake in Goldman Sachs in late May.

Berkshire said its March quarter fund manager’s statement to the Securities and Exchange Commission (SEC) that its Goldman stake fell 84% to 1.9 million shares, from 12 million at year-end, with the stake’s market value dropping to $US297 million from $US2.76 billion.

Last Thursday Berkshire popped up with its second statement in 10 days detailing a new buying round of Bank of America shares.

And according to a US bank regulator, Berkshire can take that stake as high as 24.9%.

Barron’s reported that while investors like Berkshire are usually limited to a 10% stake in a bank (The Fed would not allow Berkshire to go above 10% in Wells Fargo. That was before a series of miss-selling frauds and other problems saw Buffett decide to reduce its stake).

But Berkshire asked and received permission from the Federal Reserve Bank of Richmond in April to go over the 10% threshold in Bank of America.

A spokesman at the Richmond Fed told Barron’s that Berkshire can now go as high as 24.9%. That upper limit has not been previously reported.

The July 30 SEC filing showed Berkshire bought 21.2 million Bank of America shares (at a cost of $US522 million) between Tuesday and Thursday of last week.

The week before, a similar filing revealed the Berkshire had bought 33.9 million shares of the banking giant by midweek. That increased Berkshire’s stake by $US813.3 million.

Berkshire’s buying helped boost Bank of America shares by around 6% last month but they are still off 29% so far this year.

Berkshire still holds some shares in Wells Fargo, has a more active holding in JPMorgan Chase, America’s biggest bank, and small holdings in a number of other banks and financial groups. It holds a big stake in American Express as well.