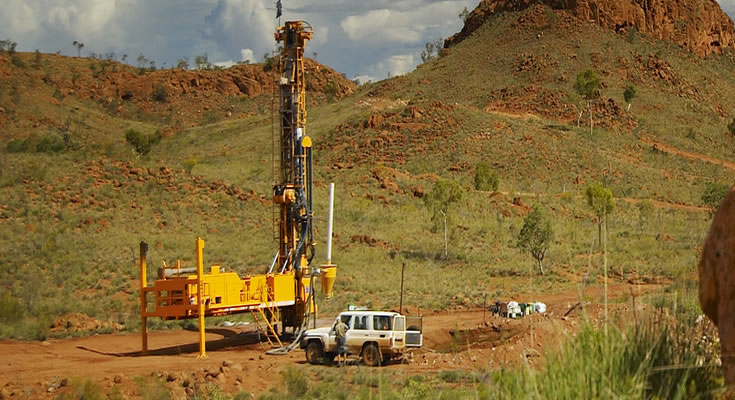 There’s been a major milestone with respect to Rio Tinto’s emerging Winu copper-gold project, with Rio this week announcing a maiden Inferred Mineral Resource for Winu, as well as the discovery of a new zone of gold-dominant mineralisation ~2km east of the Winu deposit in the Paterson Province of Western Australia.

The Inferred Mineral Resource, reported at a 0.2% copper-equivalent cut-off, comprises 503Mt at 0.45% copper equivalent (CuEq). This includes a higher grade component of 188Mt at 0.68% CuEq at a cut-off grade of 0.45% CuEq. The deposit has been interpreted as a structurally controlled vein-hosted Cu-Au deposit focused on the core of an anticline in Neoproterozoic metasediments.

Studies to date suggest the copper mineralisation supports the development of a relatively shallow open-pit mine, combined with industry-standard processing technology that is used at other Rio Tinto sites. Drilling continues to refine the overall geometry of the system and controls, with the deposit remaining open at depth as well as to the north and southeast. Rio is targeting first production from Winu in 2023, subject to securing all necessary approvals.

Meanwhile, the discovery of a new zone of gold dominant mineralisation approximately 2km east of the Winu deposit at a prospect called Ngapakarra, as well as a number of other encouraging drilling results in close proximity to the maiden Winu Resource, provides further encouragement about the potential for the development of multiple ore bodies within one system.

Rio says it is working on studies for a small-scale start-up operation, focused on Winu’s higher-grade core. Importantly, Rio says it is also assessing options for future expansion in the Paterson region, given the extent of mineralisation identified to date and the company’s large land package.

Rio also says the latest exploration results support its view that there is potential to develop the Paterson region into a large-scale operation over time, through both its 100%-owned tenements and joint ventures. Rio has so far only explored 2% of its tenements within the region.

From AZY’s perspective this is excellent news. Having first entered the Paterson during 2011 when it was a much less sought-after exploration address, AZY used its early-mover advantage to build a strong tenement holding of ~5,200 sq km. 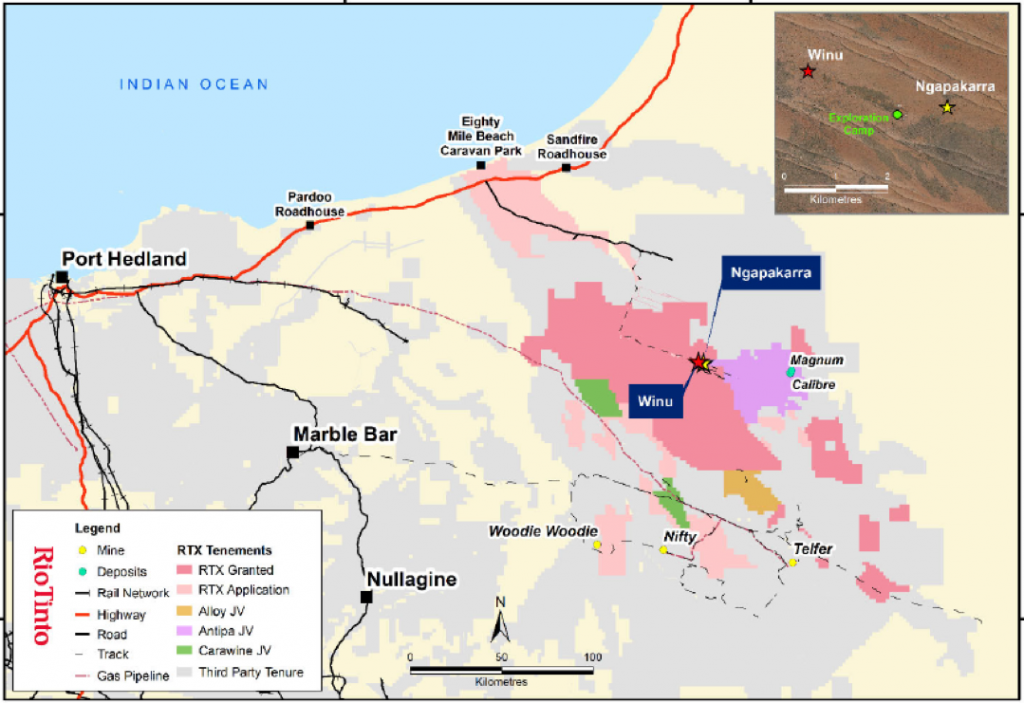 The Citadel Joint Venture Project with Rio Tinto commenced its 2020 exploration campaign during late May 2020. This 1,316 sq km project area is subject to a $60 million Farm-in and Joint Venture Agreement with Rio Tinto, which currently holds a 51% joint venture interest. The exploration program is being operated and fully-funded by Rio Tinto and will encompass the following principal activities:

– An ~13,000m (5,000m diamond plus 8,000m reverse circulation) resource drilling program to test potential extensions and further define and improve orebody knowledge at the Calibre deposit, located 45km from Rio Tinto’s Winu copper-gold project.
– Continuation of the Gradient Array Induced Polarisation (GAIP) Survey program across structural corridors prospective for gold and/or copper mineralisation on the Citadel Joint Venture Project tenements – prioritising areas that have had limited (or no) testing of the basement by drilling;
– Processing and interpretation of the data from the airborne gravity gradiometer survey completed during late 2019 (AGG Survey); and
– An ongoing review of the Calibre drilling results and broader Magnum Dome modelling to identify further priority target areas, especially for higher-grade mineralisation.

The budgeted cost of the Citadel 2020 Exploration Program is $9.2 million, inclusive of Joint Venture Management Fees and the costs of the AGG Survey undertaken during late 2019.

The Winu maiden resource assessment is a significant milestone – and from AZY’s perspective this is excellent news. Having first entered the Paterson during 2011 when it was a much less sought-after exploration address, AZY used its early-mover advantage to build a strong tenement holding of ~5,200 sq km. The Winu project lies just to the west of AZY’s Citadel joint venture project with Rio Tinto. AZY has risen from its March low of $0.01 to a current price of $0.045.