The local market ignored the signs Wall Street might fall on Friday night and rallied, only to see Wall Street fall, so down we went yesterday, but Wall Street has bounced back overnight, so today we shall too. The futures are up 67.

Sometimes I wonder why I bother.

Admittedly the ASX200 only closed down -1.5% yesterday when the S&P500 had fallen -2.5% on Friday night and yesterday’s move included a big chunk of ex-div stocks in the property/infra/etc fund space which are high yielding, so we have to count that back.

Real estate fell -2.9% to be the worst performing sector on that basis and industrials fell -2.7% with some help from Transurban’s ((TCL)) -5.1% fall after going ex.

The banks and energy led the market up on Friday and yesterday energy fell -2.8% and the banks fell -1.6% to give back over half of Friday’s gains. Healthcare was the only sector not to rally on Friday and yesterday fell only -0.7% with some help from ventilator (among other things) manufacturer Fisher & Paykel Healthcare ((FPH)), which rose 6.9% on its earnings release.

A defensive theme was clear, with telcos falling only -0.4% and staples -0.2% to join healthcare as the “best” performers. Utilities did not join in however (-2.3%) as Victorians can’t pay their electricity and gas bills.

Otherwise we can just call it a general sell.

Fisher & Paykel was the best index performer and Jumbo Interactive ((JIN)) the worst, falling -13.2% after signing a new licensing deal with Tabcorp ((TAH)). Every session is a bit of a lottery for Jumbo.

Gold miners featured among the top five winners – again defensive – while the losers were typically those stocks that are winners on up-days – the high volatility team.

Today is EOFY so quite frankly anything might happen. The futures have followed Wall Street as usual and the Sunday spike in the Victorian daily case-count to 75 probably won’t have any impact. July might be different, but then all depends on what happens on Wall Street.

The futures are up 67 points, even with iron ore tanking.

The pace of case-count growth in Florida eased slightly over the weekend. There were cheers on Wall Street. Other states continue to see acceleration nonetheless.

New Jersey is now pausing its reopening schedule. The state was an early epicentre, but has brought its case-count down considerably in the meantime. The governor has simply looked at Dixie and learned it is folly to reopen too quickly. Wall Street paid no attention.

After two months of declines, US pending home sales rose 44.3% in May when 15% was forecast. Wall Street cheered. Sales were still down -5.1% year on year and as is the case in Australia, rents are falling, eroding the value of property and property investment income.

Boeing successfully completed its first recertification test flight of its 737 Max last night. Wall Street cheered, and Boeing shares jumped 14.4%, which is why the Dow outperformed in rising 2.3% to the S&P’s 1.5%. Pity no airline is ordering any new planes. What’s the point?

Starbucks is Facebook’s biggest advertiser. Or was. Starbucks last night joined a rapidly growing list of companies boycotting Facebook — some for a month, some for the rest of the year — which includes the likes of big ad spenders Coca-Cola, Unilever and many others. Facebook rallied 2% last night.

And finally, late in the session Fed chair Jerome Powell pre-released the prepared testimony that he will make to a Congressional committee tonight which re-emphasised that while a reopening US economy is positive, the outlook still remains “extraordinarily uncertain”.

Wall Street cheered, and the indices kicked to the close. The more downbeat Powell continues to be, the longer the Fed will provide unlimited QE.

It’s not EOFY in the US but it is end of quarter tonight, and already volumes on exchanges are starting to become summer-thin. Throw in a long weekend from Friday, and there could well be added volatility over the next couple of sessions before volumes go fully into holiday mode.

I can’t find specific news that may have sent iron ore plunging, but I presume Brazil is somehow involved. I may be wrong.

Chesapeake Energy has filed for bankruptcy, joining more than 200 North American shale producers filing since 2015. Chesapeake is not tiddler. The more the number of US producers falls, the more the oil price rises.

The US will see consumer confidence data. 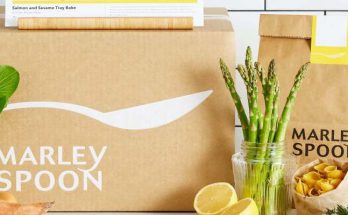