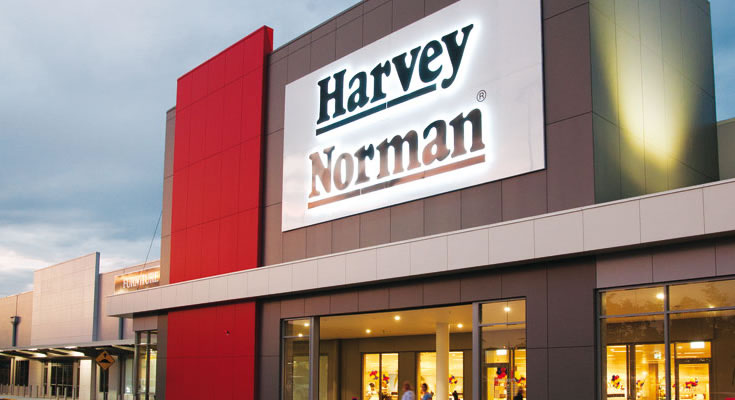 The Australian franchise business drove strong profits for Harvey Norman ((HVN)) which has signalled pre-tax profit in the 11 months of FY20 to date is up 20%, implying second half growth of more than 40%.

Ord Minnett notes the pandemic-induced sales process commenced with panic buying as restrictions were mooted, moving to entertainment and technology as people commenced working from home, and most recently to furniture and bedding. These are all categories that feature prominently in Harvey Norman stores.

Macquarie found the results commendable, given around 27% of the business was either closed or on restrictions for part of the second half. Almost all categories are in growth and margins appear to be the best in a long time. The broker observes consumers appear to be far less choosy when it comes to brands and willing to pay full ticket prices without promotions.

Margin expansion has been significant and operating leverage remains high, with the 20% profit growth, ex property, comparing with 7.4% sales growth. Yet both Ord Minnett and Citi suspect this substantial profit growth is unlikely to be maintained.

The company provided no further detail regarding the various divisions, having provided a sales update on June 10, but the drivers of profit, UBS asserts, are operating leverage from increased franchisee sales and lower tactical support as a result of the JobKeeper payments.

Goldman Sachs assesses Harvey Norman has benefited more significantly from operating leverage than previously anticipated. The broker also assumes there is a lower impact on profitability across international divisions.

Ord Minnett observes the external environment remains volatile and varied across the countries in which the business operates. Harvey Norman is considered one of the most exposed Australian retailers to the international scene.

Sales trends may be strong in the short term but brokers are cautious about the outlook as the stimulus fades after September and the housing market slows. Ord Minnett also points to rising unemployment as a risk to buoyant sales.

Still, UBS assesses risk/award in the stock remains attractive and Harvey Norman is benefiting from increased at-home consumption while the outlook for the housing downturn is less severe than previously anticipated.

Assuming growth continues for the remainder of the financial year, guidance implies a pre-tax profit of around $605m, on UBS calculations. Yet the broker expects a significant decline into FY21, while FY22 should recover to pre-pandemic levels.

Credit Suisse finds the Australian housing outlook is most uncertain, particularly after temporary income support measures cease. The broker expects a flat FY21 although more certainty regarding the housing could potentially change its view.

Goldman Sachs, not one of the seven stockbrokers monitored daily on the FNArena database, notes the company’s confidence when paying out the special dividend of $0.06 on June 10, anticipating a stronger pay-out ratio of 82% in FY20 and a final dividend of $0.21.

The broker maintains a Buy rating with a $4.25 target. The database has three Buy ratings and three Hold. The consensus target is $3.98, suggesting 10.3% upside to the last share price. The dividend yield on FY20 and FY21 forecasts is 4.4% and 5.4% respectively.