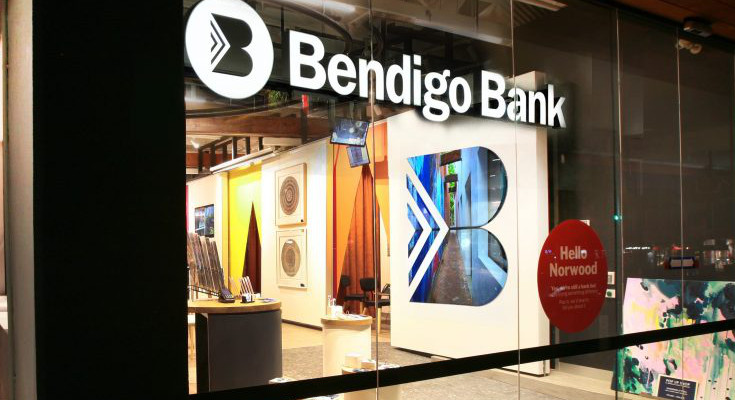 Bendigo and Adelaide Bank has joined its larger peers and lifted revealed a big provision of nearly $150 million for possible bad debts for the year to June.

The Commonwealth, Westpac, ANZ, and NAB have all struck large (more than $800 million in each case) for possible future bad debts caused by the COVID-19 pandemic and shutdowns of businesses.

Earlier this month, NAB revealed an $807 million provision and ANZ about $1 billion. The CBA and Westpac set aside $1.5 billion and $1.6 billion respectively.

The forward provisions are now a requirement of lenders – instead of writing off and taking losses after the loans have soured, they have to estimate possible future losses, then strike a provision in their accounts. The loans are then written off against that as the sour and become due and payable in full.

Bendigo said the $148.3 million provision was based on factors including its expectations of weaker growth, higher unemployment, falling property prices, and a shift in its weighting towards the “downside” scenario.

“The Bank has not assumed a sharp recovery in the adopted economic outlook, but rather a slower recovery with probabilities biased to the downside,” Bendigo and Adelaide said in Thursday’s statement.

It said there was a slight increase in arrears for business customers and agribusiness during April, but arrears rates actually improved in its mortgage portfolio during that month.

Managing director Marnie Baker said in the statement: “We remain fully committed to supporting our customers and communities through this unique time in history. We have provided more than 20,000 personal and business accounts with dedicated support to give them the best possible opportunity to weather the COVID-19 impacts.”

Bendigo and Adelaide shares rose 4.1% to $6.55 yesterday and have gained more than 16% for the week so far the wider financial sector rally.

The additional provision comprises an increase of credit expense of $127.7 million in its full-year accounts and an increase in the general reserve for credit losses by $20.6 million.

Ms Baker said the lender has provided support to 20,144 personal and business accounts worth $6.3 billion totally to weather the COVID-19 impacts.

Investors shrugged off the news on Thursday, with Bendigo and Adelaide Bank shares rising 7.15%. That puts then up nearly 20% so far this week.

In February Bendigo slashed its interim dividend as rising costs weighed heavily on its first-half result and raised $300 million through a share placement to strengthen its buffer above APRA’s “unquestionably strong” capital ratio.

The bank said the new COVID provision would decrease the group’s Common Equity Tier 1 (CET1) capital ratio by 40 basis points but at 9.30% as at March 31, this would still be above APRA’s unquestionably strong benchmark target for standardised banks ie not the big four which have a higher capital level because they are systemically important to the health of the financial system and wider economy).

“We are very well placed, driven by our longstanding and prudent risk appetite settings, increased credit provisioning and a strong balance sheet and capital base, above APRA’s unquestionably strong benchmark target for standardised banks, and further bolstered by our recent capital raise,” Ms. Baker said in Thursday’s statement.