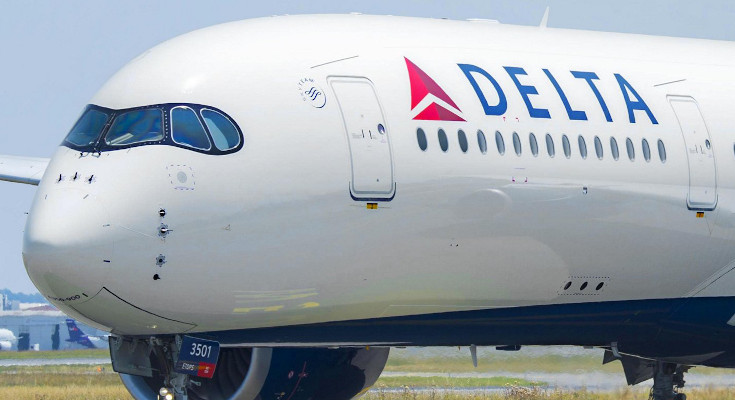 Watch US and global airline shares slump tomorrow after Warren Buffett told the Berkshire Hathaway virtual annual meeting that his company had bailed out of all its holdings in America’s four major carriers – United, American, Southwest, and Delta.

Berkshire has lost billions of dollars in the share slide (more than $US51 billion in fact according to its latest quarterly filing), with some of that in the slump in the shares of the four airlines.

Shares of Delta, the largest airline by market capitalisation, are down 59% in the year to date, United Airlines were off nearly 70% so far this year, Southwest was down by about 46% in 2020 and American Airlines was off 63% over the same period, as of Friday’s close.

News that the world’s best-known investors has abandoned a major investment will unsettle markets on Monday, especially in the US. It’s as though an entire (but very diminished) sector on Wall Street has been cut adrift at the worst possible time.

Buffett took responsibility for the move into airlines, saying “I wouldn’t normally talk about it, but I think it requires an explanation,” he told the online meeting.

Buffett told the meeting he thought he was getting roughly 10% of the four largest airlines for an attractive price when he bought into them in 2018.

Berkshire Hathaway late last month that it had disclosed that it sold large blocks of stock in Delta Air Lines and Southwest Airlines.

Subsidiaries of Berkshire last Wednesday and Thursday sold 13 million Delta shares for a total of $US314.2 million and 2.3 million Southwest shares amounting to more than $7US4 million, as Buffett looked to substantially cut his holdings ownership of the airlines sector which has been devastated by the lockdowns forced on governments by the COVID-19 pandemic.

Berkshire also owned stakes in American Airlines Group and United Airlines Holdings. Collectively, those airlines, represent some 80% of the passenger miles flown in the US, Buffett told the meeting.

Buffett, however, explained that his company and its subsidiaries have unloaded their entire stake in airlines.

But he said he determined recently that his decision in light of the emerging crisis as ill-advised and sought to trim his exposure “I just decided that I’d made a mistake.”

“The airline business and I may be wrong, and I hope I’m wrong, changed in a major way,” he explained, noting that it has been through no fault of the CEOs of the companies. “I’ve been basically told not to fly,” he added, noting that he may not fly commercial going forward.

“We like those airlines but the world has changed …and I don’t know how it’s changed,” he said.

Compared to the falls in airline shares, the Dow was off 17% so far this year, after recovering much of its March slide in April. The S&P 500 is down 12.4% and the Nasdaq Composite Index is off so far in 2020.

There’s an irony here – after losing money in an airline investment decades ago, Buffett swore off investing in them, but in 2018 he shocked with the plunge into the sector, becoming the major individual investor.