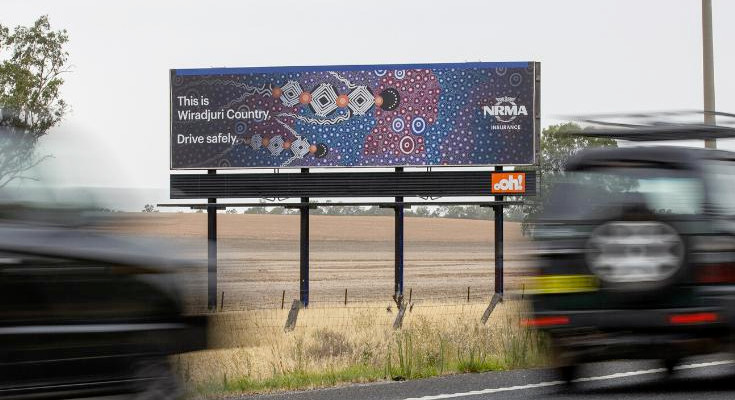 oOh! Media (OML) is tapping shareholders with a deeply discounted placement to raise $167 million that will dilute existing holders stakes in the troubled outdoor media group.

The placement was being made yesterday and wrapped up late last night and will see the existing shareholders diluted by 82% at least, and more if retail holders do not support the issue.

The issue is being made at a price of 53 cents – a 37% discount to the last price of 83 cents before the trading halt was put in place last week to allow the company to look at raising fresh capital and making cost cuts to defend the company against the looming impact of the coronavirus.

Pending a deal on the placement to big shareholders, trading in the company’s shares should resume today (Friday).

oOh!media is the second listed company to look to shareholders for new capital – it’s $167 million raising though is dwarfed by the $850 million fro Cochlear (which is also getting a $150 million loan from a bank and dropping dividends that were valued at $190 million last year).

Cochlear’s issue will see a small dilution of existing shareholders – less than 10% compared with the massive 82% for OML which is a sign of the latter company’s desperate financial position.

oOh!media’s bankers have agreed to give the outdoor advertising business more breathing room if it paid down debt through a cost-cutting program and the $167 million capital raising.

That raising will see OML’s major shareholder – HMI Capital LLC, an American investment fund based in San Francisco – tighten its grip on the outdoor media group. Besides the equity raising and identified cost savings of $20 to $30 million the company says it will cut capital expenditure by more than half for 2020 to between $25-$35 million from $60 million to $70 million.

Out-going chief executive Brendon Cook said he will remain in his role until at least the end of this calendar year.

oOh!media said yesterday it has “received significant support for the Entitlement Offer and Placement from its largest shareholder, HMI Capital LLC. HMI is an investment management firm and long-time supporter of oOh!media, having first joined the register in March 2017.

“The HMI Sub-underwriting may result in HMI increasing its shareholding in oOh! from 19.0% to up to 25.0%, however this will depend primarily upon the level of participation in the Equity Raising by other eligible shareholders and investors, and requisite Foreign Investment Review Board ( approvals for HMI to increase its holding above 20%,OML said.

“oOh!media will appoint Mick Hellman, Founder and Managing Partner of HMI, to the oOh! Board of Directors following completion of the institutional component of the Entitlement Offer. Mick Hellman will join the Board as a Non-Executive Director and will join the Board’s Nomination and Remuneration Committee,” the company said in yesterday’s statement.

A tepid reaction from investors yesterday to the news that the ACCC, the competition regulator, had approved the sale by Seven West Media of its Pacific magazines business to rival Bauer Media.

The shares edged up from 6.9 cents to 7.7 cents on the ASX yesterday (they peaked at 8.4 cents), which was a way of saying the $40 million in gross proceeds doesn’t even touch the sides at a media group with gross debt of well over $600 million and weakening prospects of making a profit this financial year from the slide in ad revenues and postponement of its major revenue earners this year, the AFL competition and the 23020 Tokyo Olympics.

In giving the green light, the ACCC, the competition regulator, has all but written off the magazine business. Originally the Commission had doubts about the anti-competitive nature of the two biggest magazine groups in the country combing, but in a statement, on Thursday morning the commission said that aspect of the deal didn’t really matter.

The most telling part of the ACCCs statement were these paragraphs: “The ACCC found that while many of Bauer and Pacific Magazines’ customers value the tactile nature of physical magazines, they are often not regular buyers of the magazines. Further, increasingly others see online content as a ready alternative, and this should constrain Bauer’s ability to raise prices or reduce investment on content.”

“The ACCC carefully assessed the impact of the merger, given the close competition between the parties’ key print magazines, Bauer’s Woman’s Day and Take 5, and Pacific Magazines’ New Idea and That’s Life!.

“The significant declines in the circulation and revenue experienced by many magazines are sustained, substantial and likely to continue, resulting in less investment in content and fewer retail promotions,” ACCC Chair Rod Sims said.“We note that some magazine titles have already closed, and others are likely to follow, regardless of this deal.”

“We also note that the content offered by the four key magazine titles, including celebrity news, ‘real-life’ stories, puzzles, and food, health and lifestyle tips, is all available from other sources. Ultimately, we determined that although there is a notable level of competition between the particular print titles, the transaction was not likely to substantially lessen competition because publishers in other media, particularly online publishers, will increasingly compete with Bauer,” Mr. Sims said.

In other words, while the deal looks anti-competitive, the slide in the magazines’ sector, that has been eliminated by the rise of the internet and other forms of information and news on entertainment, food, lifestyle, etc.