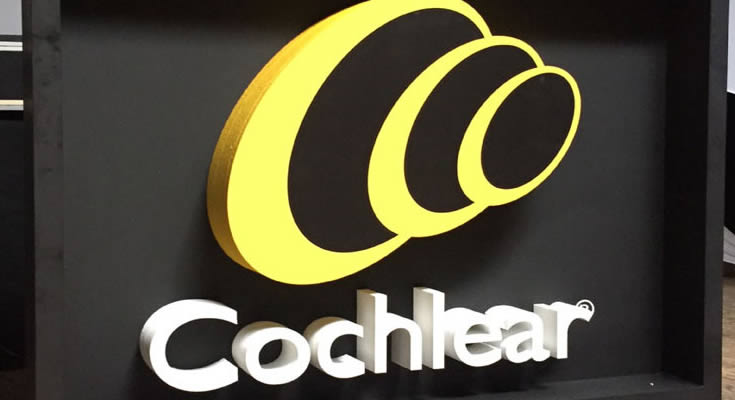 Hearing implant maker, Cochlear is hoping the lure of a 16.7% discount will be enough to get major shareholders to fund the bulk of a $1.2 billion from an $850 million issue to shareholders, $150 million from an unnamed lender and the dropping all dividends until further notice.

Cochlear has become the first major company to ask shareholders for more cash to bulk up its balance sheet against the expected ravages of the COVID-19 virus.

The company, one of the bluest of blue chips of the Australian tech sector and a household name for its hearing implants, had decided to go early and ask for as much as possible to build a financial firewall against the impact of the virus.

The issue to big shareholders via an accelerated placement will be done at $140 a share, 16.7% under the last price on Tuesday of $168.

The retail share offer will have similar terms, while $150 million will come from a lender via an expanded loan and suspends (which totalled $190 million in 2018-19) will be suspended until further notice.

Cochlear’s already made it known its business has been crippled by the impact of the virus on its Chinese operations, and now sales elsewhere are falling from government lockdowns across the globe, notably in Europe, parts of the US and across Australia and New Zealand.

The virus is seeing the cancellation of scheduled surgeries across the globe meaning that sales of its devices have stalled and are now falling. The company believes these surgeries will occur once the virus crisis eases and conditions start easing, but it needs cash now to continue to support the business and its highly trained staff during the slump.

Cochlear said on Wednesday it “has decided to fortify its balance sheet with a significant additional liquidity injection, enabling Cochlear to both navigate current market uncertainties while continuing to invest and reinforce its position as the global leader in implantable hearing solutions.”

That a company with such as Cochlear with such a stellar reputation is the first to go to market in the current crisis, means that it will soon be followed by travel companies (Flight Centre, Webjet, Helloworld, Corporate Travel), airlines (Rex, Virgin Australia, Qantas), property and real estate trusts, retailers, media groups (Southern Cross, oOh!media).

And with Mosaic Brands (Katies, Noni B, Rivers) set to close all its stores, a day after jeweller, Michael Hill did so here and around the world, a steady stream of retailers are sure to follow Cochlear to market for new capital.

With Wall Street rebounding strongly on Tuesday and the local market up on Wednesday after a 4% plus jump on Tuesday, Cochlear and its advisers have thought now is the time to be the first Australian company to put a figure on how much it needs to survive.

All up around $1.2 billion to help the company ride out the slump. The size of the fundraising is a bit of an eye-opener, especially when the company’s current market cap is only $9.7billion (which is down by a quarter since the start of the year). The shares were suspended on Wednesday to allow the major part of the fundraising to happen.

Cochlear being the first cab off the rank though is a surprise – a week ago it was battening down the hatches and withdrawing earnings guidance, with no sign of any move to raise new capital – today it says it is taking “pre-emptive and decisive action to ensure it remains strongly capitalised during the current market uncertainties and to position the company for the future.”