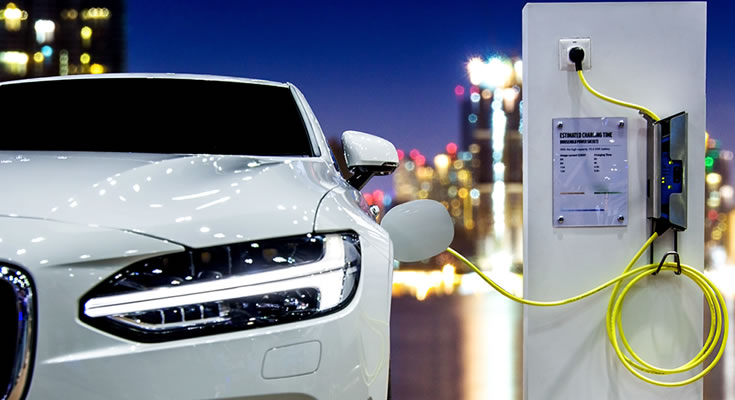 A huge jump in demand for electric vehicles (EVs) and Li-ion battery is anticipated for the coming decade. This demand has seen Europe develop the world’s fastest-growing lithium-ion production capacity.

But the industry is facing some hurdles, the major one being that the EU has no local supply of battery-quality lithium hydroxide.

The battery material is currently sourced from hard rock or salar-type brine sources in the Americas, Asia, or Australia, and is then processed and transported to battery manufacturers and automakers in Europe.

This is not only costly, but raises a second issue: the large carbon footprint associated with EV raw material supply chains, particularly with the production of battery cells.

Vulcan Energy Resources Ltd (ASX:VUL) could have a solution to both issues. Its Vulcan Zero Carbon Lithium™ Project is located in Germany’s Upper Rhine Valley — at the heart of the European auto and lithium-ion battery industry, not far from Volkswagen, Northvolt and Tesla’s planned gigafactories.

The Vulcan Zero Carbon Lithium™ Project is strategically located to provide the only Zero Carbon Lithium™ product to the European auto and lithium-ion battery manufacturing industry. Given its size and carbon-neutral production process, Vulcan has potential to be a primary source of lithium hydroxide for the burgeoning European EV and battery industries.

Vulcan vs its peers

This is considerably larger than European Metals’ Cinovec at 7.17Mt LCE, Rio Tinto’s Jadar at 6.24Mt LCE, Infinity Lithium’s San Jose at 1.68Mt LCE, and Savannah Resources’ Barroso at 0.71Mt LCE. Each of these are hard rock projects which have a large carbon footprint in their extraction and processing.

Vulcan’s lithium is sourced from brines in geothermal wells. The company is pioneering the world’s first and only “Zero-Carbon Lithium™” process — the extraction and precipitation of battery-quality lithium hydroxide from deep, hot brines via production wells that will co-generate renewable, baseload geothermal energy.

Insheim is pumping hot, high-flow, lithium-enriched brine from aquifer depths of nearly 3,000 metres to the surface for power generation. However, no lithium is currently being processed or extracted as part of the power generation circuit before the brine is reinjected into the reservoir, meaning there’s a significant opportunity for Vulcan to do so.

The MoU grants Vulcan an initial collaboration period that allows access to the Insheim Licence brine and data, with a pathway to construct a lithium extraction demonstration plant at Insheim in the future.

The agreement marks a material milestone for Vulcan as the company in obtaining access and a pathway to co-production lithium rights to lithium-enriched brine from within the deep aquifer underlying the Insheim Exploitation Licence.

Vulcan has announced a Maiden Indicated Lithium-Brine Mineral Resource Estimate at the Insheim Licence of 722,000t of contained Lithium Carbonate Equivalent (LCE), at a grade of 181mg/l Li. This brings the project’s global Resource to an estimated 13.95Mt LCE (Indicated & Inferred) at two of its six licences — the largest JORC-compliant Lithium Resource in Europe.

Vulcan Managing Director, Dr Francis Wedin commented: “With Vulcan’s Maiden Indicated Mineral Resource Estimate at Insheim, we are continuing to advance our Zero Carbon Lithium™ project at a rapid rate. The use of data from producing wells at Insheim allows for increased confidence in the resource category used. It increases the size of the JORC lithium resource at the Vulcan Project, already easily the largest in Europe, and increasingly highlights the potential for it to be the primary source for the European battery industry’s lithium hydroxide needs, via a low-impact, Zero Carbon Lithium™ process powered by and sourced from geothermal wells.

“The supply-demand dynamic is compelling: European lithium-ion battery production is the fastest growing in the world, with new capacity plans announced regularly, but this market has zero local supply of battery-quality lithium hydroxide. We next look forward to updating our shareholders on our Scoping Study, the results of which are on track to be reported this quarter.”