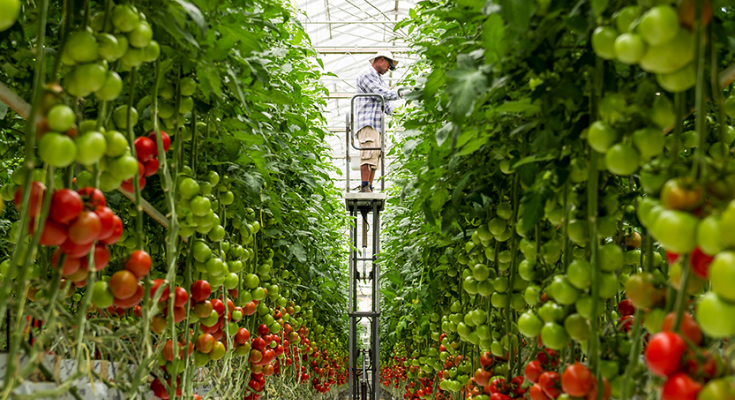 Shares in struggling horticulture operator, Costa Group are due to be re-listed on the ASX today (Wednesday) and will be sold off heavily after the funding raising announced on Monday, the 4th cut to earnings guidance for 2019 and a write-off and one-off costs of $70 million or more.

The shares closed at $3.46 on October 31 when the company asked for a trading half of two days, and then extended it by five, to allow its financial position and outlook to be assessed.

Analysts said that with a track record of 3 earnings downgrades, a 4th was expected in the wake of the trading halt request, with a fundraising another forecast.

Both forecasts turned out to be accurate as Costa Group has again cut its earnings forecasts and revealed a $176 million issue to save the company from being crippled by rising debt, poor trading conditions, drought, high water costs and weak pricing for its fruit and vegetables.

Costa now expects 2019 net after-tax earnings (before extraordinary items) at the end of its December financial year to be just $28 million, half the May forecast of $57 million to $66 million and also half the $56 million earned for 2018. When that figure was revealed in February, Costa had forecast a result at least 30% higher. Instead, it looks like being up to 50% lower.

Costa aid the equity raising will strengthen its balance sheet “and position the company to deliver on current and future growth initiatives”. Supporting the fundraising, Costa said it had invested $400 million in the business through capital expenditure and M&A but without “any equity injection”.

The share issue consists on an “entitlement” offer to big shareholders and a retail entitlement offer due to open on November 6 and close on November 11.

Costa said its shares will recommence trading on the Australian Securities Exchange on October 30.

CEO Harry Debney said on Monday that Costa continues to face the same challenges across the sectors of mushrooms, raspberries and blueberries, but not tomatoes.

“These factors made it difficult to provide accurate future forecasts with further risks to performance foreshadowed,” Debney said.

“Unfortunately, the downside risk of these challenges continues. In addition, the prolonged and extreme dry and hot conditions across many of our operations are manifesting in actual and projected deterioration in fruit sizing and yield in citrus, avocados, and blueberries exacerbating price declines. The calendar year ’19 forecast is for all produce categories apart from tomatoes to deliver below expectation.”

Looking to 2020, Costa said its expects earnings before interest, tax, depreciation, and amortisation of approximately $150 million and NPAT-SL compared with $98 million forecast for 2019 (and the 4th estimate so far this year). Net profit estimated for 2020 is $56.6 million or what was reported in 2018.

In cost-cutting moves, Costa said it will defer a 10-hectare glasshouse expansion at its site in Guyra in the New England region of New South Wales because of water security issues.

With a new mushroom growing and processing facility at Monarto in South Australia, Costa says it will now accelerated the closure of its “aged higher cost” mushroom sites in Tasmania and Queensland, and expects to incur related one-off restructuring and impairment charges of $60 to $70 million for its full-year results this year – meaning a whacking great splodge of red ink.