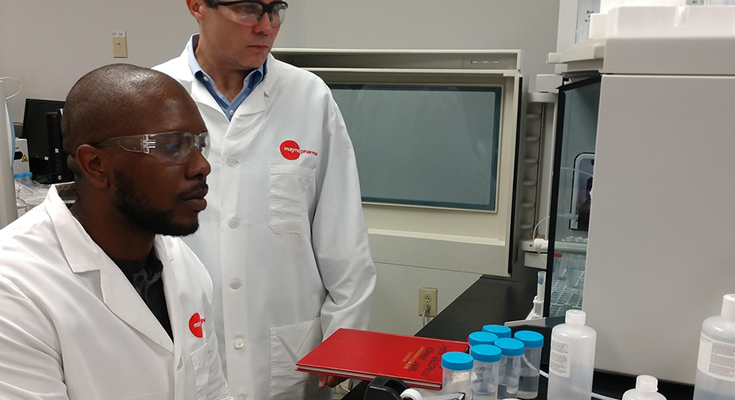 A big loss for generics pharmaceuticals maker Mayne Pharma in 2018-19 surprisingly produced a big gain on Friday for the shares.

That’s despite describing the last two years as having been “extremely challenging” as it faces rising competition in the US market for generic drugs (‘challenging” is a word investors do not like reading or hearing from companies in tough sectors).

And yet despite that, the shares jumped more than 10% to close at 52.5 cents. That’s the highest they have been since the last day of July.

Investors might have noticed its net loss more than doubling to $280.8 million for the year to June 30, but that was due to $351.7 million in impairments (including $272.2 million in goodwill write-downs for some of its generic drug assets).

There was a 20% drop in underlying earnings before interest, tax, depreciation and amortisation to $130.9 million but that didn’t faze investors either.

Sales at Mayne’s generic products division slid 17% to $320.8 million during the year as the company lost market share and pharmacy shelf space for some its biggest products with rival companies launching similar products.

The company said it was looking to grow its manufacturing footprint at its facility at Greenville, North Carolina and was looking to launch eight new product by the end of 2020.

The company produces a number of drugs used to treat cardiovascular disease, certain bacterial infections and the management of chronic pain.

Revenue for the 12 months to June 30 eased by a percent to $525.2 million, while the company recorded a write-down of $351.7 million following a detailed review of its “intangible assets”.

So, on the whole, there seems little reason to explain the 10.53% jump in the share price on Friday except that the result was little different to the downgrade and weak US generic drug market in a statement issued in May.

The rally was more one of relief, not a mark of confidence in the outlook for the company. The shares are down 30% year to date which is a better measure of the market’s view of Mayne Pharma’s immediate future.

Meanwhile listed horticulture producer and distributor Costa Group issued a couple of downgrades in the first half of this year and the shares reacted accordingly, losing value in massive single-day price falls.

In fact, the shares are down more than 50% so far this year.

So Friday was no different with the shares down 16.3% to $3.17 on Friday after the company reported a 15% drop in statutory interim profit to $41.1 million, with ongoing problems with crumbly raspberries, low demand for its mushrooms and high water costs.

Friday’s slump took the loss in value so far this year to 57% which has followed the downgrades in January and May. The shares were down close to 20% at the opening on Friday but improved slightly in later trading.

The company said the results for the six months to June were “broadly in line” with the lower end of its latest guidance, but issued a warning that “forecasting remains challenging with potential further downside risk”.

“We were faced with a number of challenges during the first half, including adverse conditions during the Moroccan blueberry season, low mushroom demand, varying raspberry quality, and water costs and fruit fly impacting the citrus category. All of these occurrences made for a difficult period,” CEO Harry Debney said in Friday’s release.

Mr. Debney said that while the first half had been a difficult period for the company, trading conditions for its tomato, avocado and berry products (but not for raspberries) had been favourable. Citrus, a key category, and important earnings driver, was poised for a strong 2019 season although it would be later than usual.

“At the half-year, the business was tracking broadly in line with the lower end of the revised target range outlined at the company’s 30th May AGM. Second half 2019 results will be supported by a strong citrus crop with 75 percent to be harvested from July to November,” Mr. Debney said.

The company will pay a fully franked interim dividend of 3.5 cents per share on October 3, which is lower than the preceding two dividends paid (five cents and 8.5 cents).