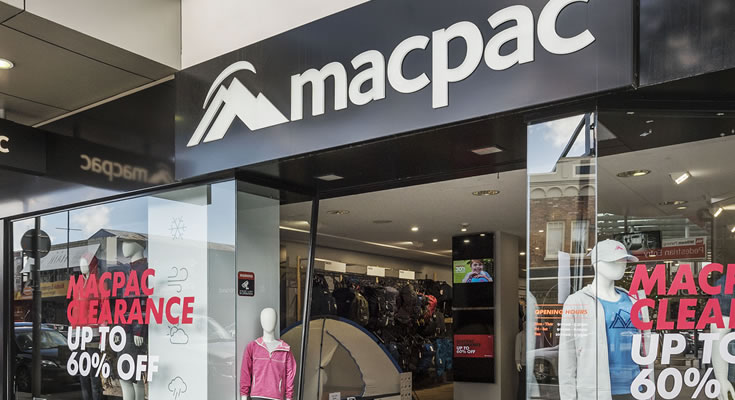 One of the best performers in yesterday’s market-wide slide was the Super Retail Group which rode out the sluggish retail sector in the year to June and seems to have managed to overcome a wage underpayment scandal, even though there will be an added cost from it in 2019-20.

The company reported earnings and sales growth that confirmed that it did better than the sluggish growth in retail sales, the lacklustre car sector and weak household spending overall (and joined JB Hi-Fi in reporting results which belied the weakness in the wider market).

Net profit rose 8.6% to $139.3 million as revenue rose 5.4% to $2.71 billion, a respectable result in a market rattled by a worsening retail recession and much faster than the 1.6% headline rate of inflation in the year to June.

The company runs the Supercheap Auto, Rebel Sports, BCF and Macpac chains in Australia and told the ASX that in earnings before interest, tax, depreciation, and amortisation (EBITDA) for the year ended June 29, rose 7% on the prior year to $314.7 million.

Super Retail declared a final, fully franked dividend of 28.5 cents a share, increasing the full-year payout by 2% to 50 cents a share.

While the shares fell more than 2% in early dealings in the initial sell-down of the ASX, investors returned after looking over the results to have a nibble and pushed the shares higher as the wider market fell.

The shares were up 6% at one stage but settled lower to close at $9, up a still-solid 3.6%, especially after the early weakness.

One problem for some investors was the charge of $8.9 million before tax relating to the revision of wages for 2019. On top of that Super said it expects to take a $9 million hit to EBITDA in the current financial year due to a new enterprise agreement for its retail workers.

In February, Super Retail Group revealed it had had underpaid store managers for six years and booked a cost of $43 million for repayment in the first half of the financial year.

Further amounts could be payable in relation to the underpayment as it continues to work with the Fair Work Ombudsman and affected workers, the company warned in Thursday’s release.

Like-for-like sales across the group were up 2.9%, with each division posting positive sales growth (again better than inflation).

The result was supported by the inclusion of the first full 12-month contribution from NZ based outdoor apparel retailer Macpac, which the company bought in early 2018.

Coming off a low base, Macpac performed strongly, contributing $138 million in sales and $15.6 million in profit, with the chain now “well positioned to grow profitably and to expand its store network”, Super Retail said.

“In a tough consumer environment, Super Retail Group has delivered solid revenue and earnings growth, highlighting the strength of our four brands, resilience of our business and the attractiveness of the lifestyle categories in which we operate,” newish CEO Anthony Heraghty said in Thursday’s statement.

Trading conditions have been “subdued” in the first weeks of the current financial year, yet Supercheap Auto, Rebel Sports, and BCF were all able to increase like-for-like sales so far, the company said.