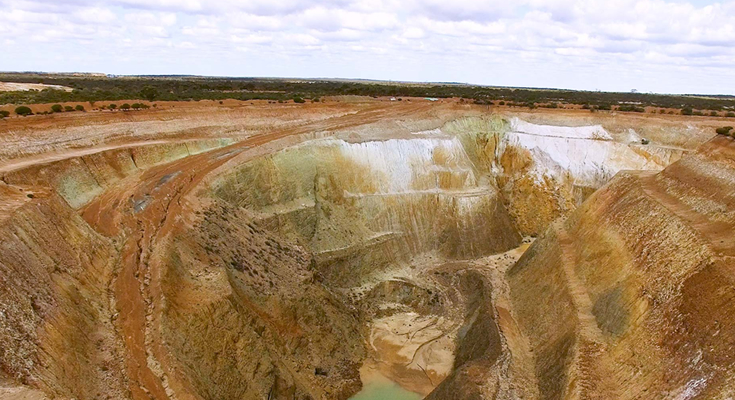 Wesfarmers big lithium play seems to have been stitched up, but its ambitions for rare earths group, Lynas Corp remains up in the air.

Lithium miner Kidman Resources has accepted the $1.90 a share takeover from Wesfarmers and the two companies will now move to complete the takeover.

That news came two days after Lynas revealed plans to set up processing operations in the US and WA and to accept the objections of the Malaysian government to storage of waste from its processing plant in that country.

That news boosted investor confidence and pushed the share price above the suggested $2.25 a share price Wesfarmers was looking to offer.

Wesfarmers revealed its Kidman play three weeks ago while there was confusion about Lynas’s position and future in Malaysia and yesterday’s statement suggest Wesfarmers is now heading down the lithium route as a way of meeting what will be the rapid growth in electric vehicles, battery storage, and renewable energies.

Both Wesfarmers and Kidman said yesterday that have entered into a scheme implementation deed which will see Wesfarmers acquire the company, with the restated support from Kidman’s directors and major shareholder.

“We are pleased to recommend this attractive all-cash transaction with Wesfarmers to our shareholders,” said Kidman chairman John Pizzey said in yesterday’s statement.

Wesfarmers Managing Director Rob Scott said that the execution of the scheme deed agreement with Kidman demonstrated significant progress towards the proposed acquisition of Kidman.

“This is an important milestone in advancing a transaction that provides Wesfarmers with an attractive investment and delivers Kidman shareholders with a compelling premium and certain cash return,” Mr. Scott said in yesterday’s statement.

Over the past three weeks, Wesfarmers has worked closely with the management teams of Kidman and the Mt Holland lithium project joint venture company, Covalent Lithium, to complete its confirmatory due diligence.

Wesfarmers this had confirmed its view that the acquisition of Kidman provides an attractive opportunity to invest in and develop a large-scale, long-life and high-grade lithium hydroxide project in Western Australia.

As part of the due diligence process, Wesfarmers said it has further developed its own plan in relation to the development of the Mt Holland lithium project, and intends, upon completion of the acquisition of Kidman, to propose this plan, including some scope adjustments, to the joint venture (with Sociedad Química y Minera de Chile S.A, or SQM of Chile, the world’s major brine producer of lithium).

Wesfarmers said that subject to final project design, exchange rates, and joint venture approval, it estimates its share of capital expenditure for its plan for the development of the project at approximately $700 million.

A component of the increased capital expenditure is expected to result in an improvement in plant operating efficiency. Under its plan, Wesfarmers said it expects that first production of lithium hydroxide would occur in the second half of the 2022 calendar year.

Wesfarmers also said it had entered into a commitment deed with SQM relating to the Mt Holland lithium project joint venture agreement (JVA) between SQM and Kidman.

“The commitment deed between Wesfarmers and SQM sets out agreed amendments to the JVA that will become binding if Wesfarmers completes the acquisition of Kidman. The amendments relate to a number of commercial and technical matters and will support the successful development of the Mt Holland lithium project by Wesfarmers and SQM.

“As part of the commitment deed, and in recognition of the considerable work undertaken by both Wesfarmers and SQM in evaluating their prospective joint venture, SQM has also agreed not to enter into discussions with any party proposing to make an alternative offer for Kidman.”

Wesfarmers said that subject to initial court approval, a scheme booklet containing information relating to the Scheme, the independent expert’s report and the reasons for the Kidman Board’s recommendation is expected to be provided to Kidman shareholders in late July. A shareholder meeting for Kidman shareholders to consider and vote on the Scheme will be scheduled in late August, with final court approval to be sought following the shareholder meeting. If approved, the Scheme is expected to be completed in September 2019.