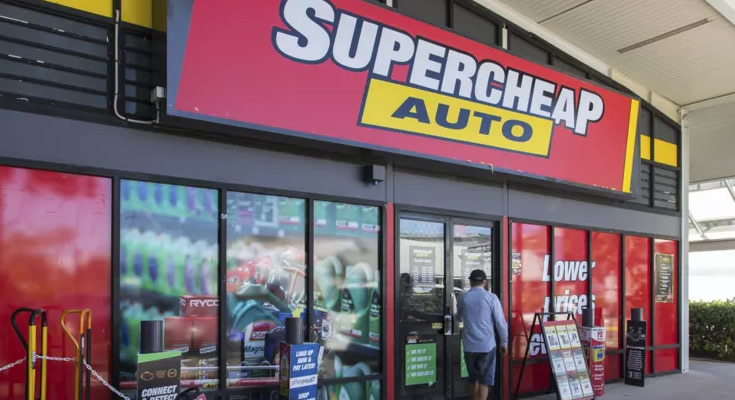 Confession season continued with a wide spread of companies providing updates yesterday, many to the annual Macquarie investment conference in Sydney.

Electronics and whitegoods retailer, JB Hi-Fi has reaffirmed its guidance for 2018-19 net profit to grow by between 1.6% and 5.1% in the year to the end of June even as sales slow significantly at its flagship brand in Australia.

The consumer specialist said on Tuesday that comparable sales at its Australian JB Hi-Fi stores grew at 1.5% in the third quarter, down sharply from the 4.3% growth in the same quarter last year.

Sales though rebounded at its Good Guys chain, however, to 1.3% for the year to date, from 0.3% last year.

JB reaffirmed guidance given in February for its net profit to between $237 million and $245 million.

Shares in Beacon Lighting fell to five-year lows yesterday of after it warned the market of “unpredictable” trading conditions.

While group sales increased by 2.7% over the first nine months of the year to June, comparative sales declined by 1.8%. (Because the company opened more stores and had more than a year ago).

Beacon says earnings for the first nine months of the current financial year are down 11.6% compared to 2017-18.

“The group has invested heavily in new stores in recent years and the effect of these investments in the current trading environment has meant that these stores are taking longer to reach maturity,” the company said this morning.

The company pointed to a fall a decline in housing sales and churn (see Domain Holdings’ weak update), weak consumer confidence, the upcoming federal election and tighter credit as reasons for the challenging conditions.

In contrast to the weak news from JB Hi-Fi and Beacon, Super Retail Group yesterday revealed a solid sales update at the Macquarie investment conference.

Super Retail revealed it had built on its solid first-half performance with further strong growth during the first 17 weeks of the second half and all four of the company’s businesses saw like for like sales growth over the period.

New CEO, Anthony Heraghty seemed pleased when he said in Tuesday’s statement “Our trading performance is encouraging in a tough environment and confirms the underlying strength of our business and our brands. Our extensive network of stores, sector-leading brands, loyal customer base and expanding e-commerce capability form a powerful combination that sets us apart from existing competitors and new entrants to the retail sector in Australia and New Zealand.

“We will continue to enhance our Omni-retail channels to provide our customers with multiple touchpoints to engage with our businesses and leverage further growth for the Group. Our strong customer base presents significant opportunities to capitalise on the potential of our brands.”

Shares in Kerry Stokes’ Seven Group Holdings (SGH) rose more than 4% to $19.95, at one stage yesterday after it upgraded its full-year guidance late Monday.

“The underlying strength of SGH’s three strategic growth drivers (mining production, infrastructure investment, and domestic energy), has resulted in improved revenue and profit for the Group,” it told the market after trading closed late Monday afternoon.

It now expects underlying earnings before interest and tax to be up 40% higher than last year, compared to previous guidance of a 25% increase. Earnings in 2017-18 were $496.9 million.

On the plus side, the potential decline in the WesTrac business in the second half of 2018-19 has not happened so far, but on the other side, Coates Hire has been affected by floods and wet weather in Queensland which has delayed some projects.

“This trend has continued into the third quarter, particularly in Queensland, which has also been impacted by unseasonably wet weather and resultant floods.

Not a mention about its third area of activity – media and the 41% stake in Seven West Media.