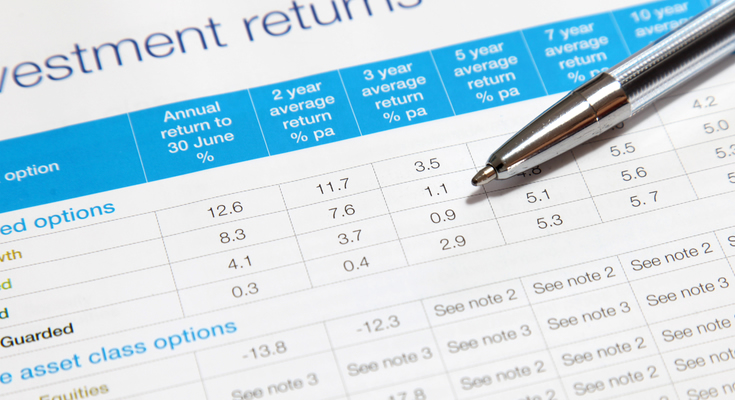 The past five years have seen pretty good returns for well-diversified investors. While cash and bond returns have been modest, growth assets have been strong. Average balance growth superannuation funds have returned 8.5% pa over the five years to June and that’s after fees and taxes. This is particularly impressive given that inflation has been around 2%. Shares have climbed a wall of worry in recent years with a revolving door list of worries around Europe, deflation, inflation, rate hikes, Trump, North Korea, China, trade, house prices, etc. And unlisted commercial property and infrastructure have benefitted from an ongoing search for yield. But can it continue over the next five years? This note looks at the main issues.

First, it’s well known that investment yields are not what they used to be. Back in the early 1980s the medium-term return potential from investing was pretty solid for the simple reason that interest rates, bond yields, dividend yields and rental yields were so high. The RBA’s “cash rate” was around 14%, 3-year bank term deposit rates were around 12%, 10-year bond yields were around 13.5%, property yields were running around 8-9% and dividend yields on shares were around 6.5% in Australia and 5% globally. Such yields meant that investments were already providing very high income and only modest capital growth was necessary for growth assets to generate good returns. As it turns out, most assets had spectacular returns in the 1980s and 1990s and balanced growth superannuation fund returns averaged 14.1% in nominal terms and 9.4% in real terms between 1982 and 1999 (after taxes and fees).

Since the early 1980s, investment yields have mostly fallen and this has continued over the last five years. See the next chart. Second, the capital growth potential from growth assets is likely to be constrained relatively to the past reflecting more constrained nominal economic growth. Several megatrends are likely to impact growth over the medium term. These include:

Most of these will constrain economic growth & hence investment returns, with declining population growth the most significant.

Our approach to get a handle on medium-term return potential is to start with current yields for each asset class and apply simple and consistent assumptions regarding capital growth reflecting the above-mentioned megatrends. We also prefer to avoid forecasting and like to keep the analysis simple.

Our latest return projections are shown in the next table. The second column shows each asset’s current income yield, the third shows their 5-10 year growth potential, and the final column their total return potential. Note that:

Combining the returns indicates the implied return for a diversified growth mix of assets has fallen to 6.2% pa.

Several things are worth noting from these projections. 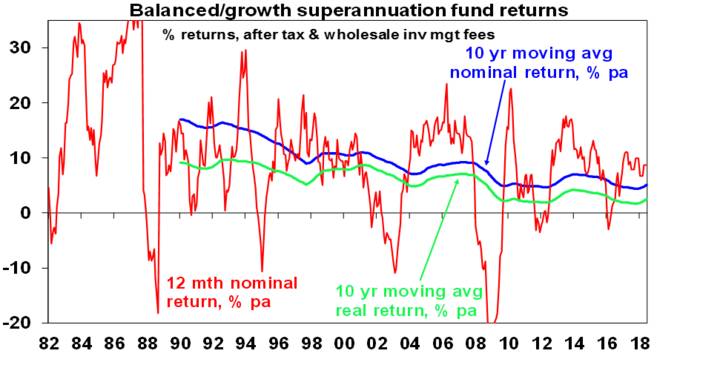