In the years following the global financial crisis (GFC), many of the world’s central banks intervened to ease monetary policy and drive down official interest rates. The simple goal was to create an environment conducive to capital investment that would reignite growth in their economies.

The inevitable downside for investors, however, was that traditionally defensive investments such as cash and fixed interest got caught in the crossfire and proceeded to enter a sustained period of subdued investment growth and relatively low yield.

Early in 2014, even with a more optimistic global economic outlook, investors looking for regular income continue to face an ongoing low-yielding investment environment.

This was confirmed on 29 January 2014, with the US Federal Reserve asserting a ‘highly accommodative stance of monetary policy will remain appropriate for a considerable time after the asset purchase program ends and the economic recovery strengthens’. In At its first meeting for 2014, the Reserve Bank of Australia kept things on hold, saying, ‘Monetary policy remains accommodative. Interest rates are very low and savers continue to look for higher returns in response to low rates on safe instruments.’

We believe interest rates may now be at the low point of their cycle and the next move is more likely up than down, but they look set to remain relatively low for a while yet.

Not surprising, in this environment investors will increasingly seek out income-producing options that can achieve returns greater than cash and term deposits. One option that received a lot of attention in 2013, particularly from institutional investors, was unlisted property funds.

Stable income over the long term

Over the past decade, unlisted property funds have established a reputation for delivering stable and sustainable income distributions.

Chart 1 highlights the annual rolling income (net of fees and expenses), capital and total returns for Australian unlisted property funds for eight years to 31 December 2013. As demonstrated, the change in total return was primarily driven by change in property capital values. Income returns were impressively stable over the period, even during the recession in the 1990s and the GFC. Source: IPD, January 2014 (Note: The total return is computed on a value weighted basis
by combining monthly NAVs, distributions and net invested capital for constituent funds.)
Past performance is not a reliable indicator of future performance.

Comparing different types of property investment is a difficult task. Each investment has its own unique attributes and will hold differing levels of appeal to different investors.

Many investors automatically think ‘residential property’ when they think of an investment in property. However, this may not be the best option, particularly if the family home is a significant asset and is already providing substantial residential property exposure.

It is well known that residential property values enjoyed something of a renaissance in 2013. Auction rates in particular were much higher in 2013 than in previous years, as buyer demand increased substantially. RP Data’s research on auction clearance rates in major Australian capital cities during 2013 was recorded at around 70 percent, the highest level since May 2010.

But one of the consequences of the run up in values for residential property is that it has the effect of depressing rental yields. Chart 2 highlights the decline and plateau of gross residential rental yields across Australian capital cities. (Net rental yields will be about half of this once land tax and other costs are paid.) Further, as a result of the continued strength in the residential market through the second half of 2013, we expect this graph to again dip lower. Income from listed investments can be volatile

The chart demonstrates the volatility of the GFC, particularly in the listed property sector which saw values decline substantially. One of the effects of the rapid slide in listed property stock prices was the bounce in the percentage of income distributed to investors relative to the market value of the sector. The same effect can be seen in the broader Australian share market, although to a lesser extent.

As previously demonstrated, the income from unlisted property funds has been less volatile and, except for a brief period during the height of the GFC after the Australian share market had fallen considerably, it has generally outperformed Australian shares on an income distribution basis. This is noteworthy considering the large numbers of share market investors with significant holdings in high dividend-paying companies. Source: Australian Unity Investments, IPD
Past performance is not a reliable indicator of future performance.

Widening the scope of the comparative analysis, Table 1 shows the annual performance for six broad asset classes over the nine years to 30 June 2013 and their standard deviation, which is a typical measure of volatility.

On average, over each of the past nine years unlisted property funds have produced higher total returns with lower volatility than Australian shares, global shares and listed property. As might be expected, the defensive asset classes of cash and fixed interest delivered returns with much lower volatility, but with significant underperformance relative to the other growth sectors.

The information in this article is general information only and does not take into account the financial objectives, situation or needs of any particular investor. Investment decisions should not be made on the basis of past performance. Before deciding whether to acquire, hold or dispose of a product, an investor should refer to the relevant Product Disclosure Statement (PDS). A copy of the PDS can be obtained by calling us on 1800 649 033 or 13 29 39 or visiting www.australianunityinvestments.com.au. The information provided here was current at the time of publication only. Past performance is not a reliable indicator of future performance.

The Professional Planner | Zenith Fund Awards are determined using proprietary methodologies. Fund Awards and ratings are solely statements of opinion and do not represent recommendations to purchase, hold, or sell any securities or make any other investment decisions. Ratings are subject to change. 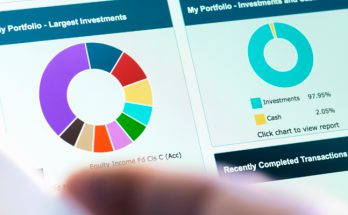 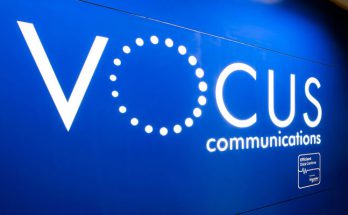 Post Budget, Pre Election – Where To Now For SMSFs?