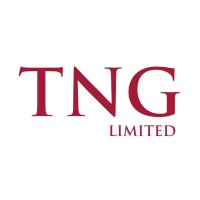 TNG is an Australian resources company progressing development of its 100% owned Mount Peake Project in the Northern Territory, Australia. Mount Peake is an advanced world scale Vanadium, Titanium, Iron project with existing infrastructure in place and Mining Licence, Native Title and Environmental approvals already granted for the mine site.

Discovered by TNG in early 2008, the Mount Peake deposit is close to surface and flat lying with a JORC Compliant Resource of 160 million tonnes, making it one of the largest undeveloped vanadium-titanium-iron projects globally.

TNG has also developed a processing operation to produce three high-value, high-purity products from this resource – vanadium pentoxide, titanium dioxide pigment and iron oxide – through the application of its 100% owned TIVAN® Process.

In September 2019, the Company released an optimised delivery strategy and revised mine schedule, which is now based on an initial production rate of 2 million tonnes per annum ore throughput, corresponding to 100,000 tonnes per annum of titanium dioxide pigment.

On the basis of the refined delivery strategy, the forecast pre-production Capital Expenditure (CAPEX) for Mount Peake is now A$824 million. The revised financial model shows a Project’s pre-tax internal rate of return (IRR) of approximately 33% and a Net Present Value (NPV), at an 8% discount rate, of approximately A$2.8 billion, with a payback period of 2.8 years. 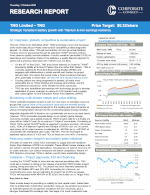