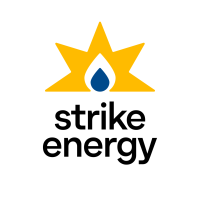 Strike Energy aspires to be the lowest cost onshore gas producer in Australia, in order to ensure affordable and abundant natural gas is available to support the energy transition into a lower carbon future.

Strike will look to achieve its vision through a sequenced and deliberate appraisal and development of its gas assets in Western Australia’s Perth Basin, and in the Cooper Basin in South Australia.

Strike Energy are an independent oil and gas exploration company, which was founded in 1997 and listed on the Australian Stock Exchange in 2004 (ASX: STX).

The Company’s primary focus is the significant gas discovery at West Erregulla, in WA’s Perth Basin, which was a major turning point in the Company’s history.