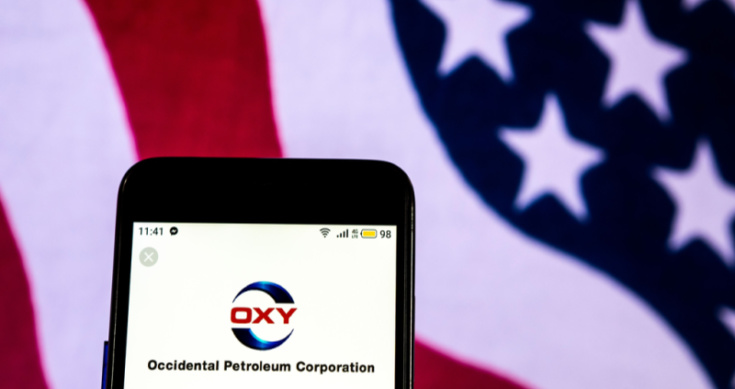 One investor not planning to abandon oil anytime soon is Warren Buffett, who has shown a distinct liking for the stuff by taking major stakes in US supermajor Chevron and in mid-level group Occidental Petroleum, where Buffett’s Berkshire Hathaway has rapidly built the largest stake of close to 20%.

Together Buffett has a $US40 billion stake in oil and gas (and an indirect stake in the Australian export LNG industry as well through Chevron).

Buffett’s Berkshire Hathaway owns just on $US26 billion worth of Chevron shares – its 4th biggest holding and the second largest holding in the company.

Chevron earned $US11.6 billion in the June quarter, compared to $US3.1 billion a year earlier, lifted dividend and is keeping its share buyback going – both of which meet the Buffett criteria for remaining a shareholder in a company.

Buffett’s stake in Occidental though has been grabbing all the attention as the billionaire keeps topping up his stake. Up to his strong buying earlier this year Occidental was just another mid-level American oil group with not much going for it.

But now Buffett has swooped, its shares have been sought by funds and investors who follow Buffett assiduously.

According to Securities and Exchange Commission filings, between May 2 and July 13, Buffett bought another 43 million Occidental shares.

Berkshire Hathaway first bought Occidental warrants and preferred shares in 2019 during the company’s acquisition of Anadarko as he provided $US10 billion in finance to get the $US37 billion deal over the line.

Those convertible preference shares total 83 million which, if converted into ordinary shares, would raise Berkshire’s stake to nearly 30%.

This week, Occidental proved Berkshire’s judgement right by revealing a second-quarter profit that beat Wall Street estimates while slashing debt and launching a share buyback program which will please Buffett.

Occidental reported an adjusted profit of $US3.2 billion for the quarter – better than market estimates.

Occidental has cut much of the debt it took on in 2019 to buy Anadarko Petroleum before the COVID-19 pandemic hit demand and prices and pushed the company towards the cliff.

Thanks to higher prices for oil and gas (and thanks Vlad Putin) Occidental has cut debt by $US4.8 billion and launched a $US3 billion share buyback program this year. The company said it spent $US1.1 billion to buy back shares through to the start of this month.

That will make Warren Buffett happy as he looks for companies he invests in to engage in buybacks to use surplus cash. Apple does it – that’s his biggest investment. Chevron is doing it, Coca Cola does it and so does Amex – all core equity holdings in the huge Berkshire portfolio. Berkshire itself is doing it.

Berkshire’s 19.5% stake in Occidental is just below the threshold at which it could choose to start equity accounting a share of the oil company’s earnings.

Occidental’s share price has more than doubled this year, hitting $US65.06 on Tuesday.

June quarter oil prices were up 17% from the first quarter, boosting Occidental’s upstream earnings more than five times over the year ago, to nearly $US4.1 billion.

Occidental’s chemicals business saw an $US800 million operating profit. Its pipeline and marketing unit posted a $US264 million profit, compared with a $US30 million loss a year ago.

Occidential is one of the biggest producers in the Permian Basin of West Texas and New Mexico. It produced 1.14 million barrels of oil equivalent a day in the second quarter, within its guidance, but slightly less than the prior quarter.