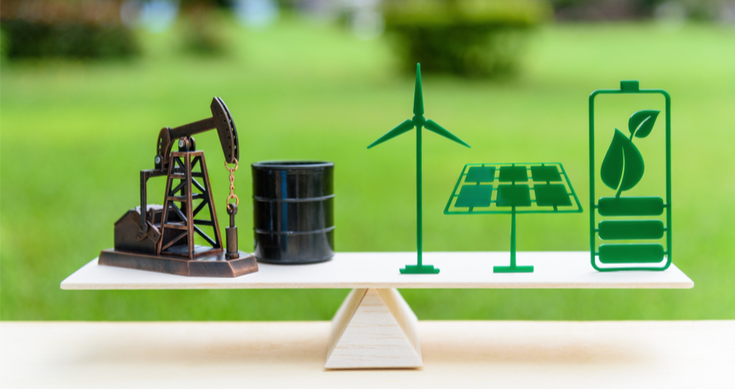 Over the past 12 months, global energy prices have been soaring rampantly. This has been Influenced largely by the Russia-Ukraine war threatening global supplies. in addition to supply chain difficulties, the prices of coal, gas and oil have been on an immense bull run which is likely to continue for the foreseeable future. Within this global issue, Australia finds itself in a unique position deciding whether to shift to cleaner, renewable energy, or to support the use of traditional coal power stations to combat this crisis.

On Friday, the benchmark Newcastle coal price closed at US$392 a tonne. This represents a near 220% increase over the last year, and a 150% increase since the start of 2022.

According to data from the open NEM, coal power dominates Australia’s electricity market, accounting for roughly 60% of the nation’s electricity generation over the past year. As a result of this heavy reliance to coal, the Australian Energy Marker Operator (AEMO) mentioned that the wholesale energy prices were up 141% in the first quarter of 2022.

There are various reasons for this sudden increase.

On an international scale, the supply of coal was harmed due to Russia’s invasion of Ukraine. The  European Union reacted to this invasion with planned sanctions   ending its heavy reliance on Russian fossil fuels.  Ruairi Casey writes in his article for Aljazeera, Europe’s energy supply chain, in which it sources “45 percent of its coal, 40 percent of gas, and 25 percent of its oil” has experienced a significant shock, increasing the international price of these fossil fuels, including coal.

In Australia, Scientia Associate Professor at UNSW Business School, Katja Ignatieva, outlines that the recent cold weather, particularly within the eastern states, have been a contributing factor to the rising price of coal.

Another factor in Australia, contributing to sharp increase in coal price  is the disruption to the supply of coal.  25% of coal capacity is currently offline. This is because  coal-fired plants have been shut down due to forced or planned maintenance in the months ahead.

A final contributing factor to the soaring price of coal is the shift toward cleaner, renewable energy which could see the price of coal escalate even higher in the years to come.

Renewable Energy is the Solution, Just Not for Now

The shift toward renewable energy is inevitable. Governments all over the world, including Australia, are making sturdy plans to cut greenhouse gas emissions and replace oil, gas, and coal with renewable energy.

However, a quick and ill-considered move to replace coal-powered energy with renewables, has potential to be drastic for the economy.

Jeff Dimery, Alinta CEO, believes that active investors and a political environment continually pushing for renewables, have caused the coal market to become uncompetitive in the future.

As such, In February, Australia’s largest coal power station, operated by Origin Energy, announced it will close in 2025, seven years earlier than planned, stating that it’s unable to compete against the “influx of renewables.” AGL has also said that it will close down its two biggest coal-fired plans several years earlier than expected, for the same reason.

As coal represents nearly two-thirds of Australia’s electricity generation, the shutting down of these coal factories will result in “economic suicide”, Mr Dimery states, threatening the foreclosure of more businesses and increase the cost of living.

However, interestingly, when examining the economic benefits from a long-term perspective, renewable energy could save the world trillions of dollars.

In a recent position paper from the IMF, if renewable energy completely replaced coal factories, the world could save roughly $78tn between now and the end of the 21st century, due to the fact that renewable energy is cheaper to operate and does not have associated health and environmental costs.

Labour’s main energy program, Rewiring the Nation, features plans to reduce greenhouse gas emissions by 43% by 2030, projecting renewable energy to account for 82% of the National Electricity Market by the same year.

However, Labour’s plan is difficult and expensive, and will take many years to come into final form.

The plan will cost $20bn to purchase 10,000km new transmission lines, “something [that hasn’t been] seen before in Australia,” Simon Corbell, the chief executive of the Clean Energy Investor Group says, to uptake cleaner energy.

Bruce Mountain, head of the Victoria Energy Policy Centre, believes that the scale of this task within this time frame, is not “anywhere near real in the corridors of power.”

A quick and ill-considered move to replace coal-powered energy will cause the coal price to continue to rise to record prices, and consumers will have no choice but to pay.

A focus to firing up Australia’s ageing fleet of coal-fired electricity generation, will not only ease demand pressures, and in turn reduce the price of coal, but will relieve the pricing pressures on gas and the whole electricity market.

Although much of these coal-powered plants are experiencing maintenance delays – either planned or unplanned, “It is the coal companies themselves, and the operators of the power stations, that need to get these power stations back online,” Ms. King says.

She also denied the idea that the Federal Government’s support can help to accelerate the regeneration of these coal-fired power stations.

“It wouldn’t matter how much money anyone put in right now, we just need the operators to get moving on fixing their plants,” she said.

However, Mr. Dimery disagrees with this, stating that the reason Australian wholesale electricity prices had surged was because of the lack of investment in generation to coal-powered stations.

Irrespective of this, they both agree that the only short-term fix is that coal-fired power stations up and operating and back into the market.

Unlike Australia, China, India, U.S., as well as several European countries, are focusing their attention on energy security ahead of climate goals, investing and building hundreds of new coal-powered stations to deal with the immediate energy crises.

In China the severity and increase in power outages in October 2021, has compelled China to order their largest and second largest coal producing regions to increase production, providing they are safe. This has already resulted in fewer shortages, as well as keeping the price of coal under US$200 a tonne.

As a temporary measure to control the price of coal and eliminate power outages following the EU’s sanctions on Russia, Italy, Bulgaria, Romania, and the Czech Republic have also planned to use more coal and the UK is drilling for more gas in the North Sea.

Former Deputy Prime Minister Barnaby Joyce has stated that due to these large increases in global coal stations, any Australian decision to implement coal-fired powered stations  in the short-term will make very little difference to the global carbon emission.

“China’s had record production of coal in the past two quarters. If Australia were to disappear off the face of the earth, China would cover for us in about a month,” Mr Joyce told Daily Mail Australia on Thursday 9th June.

In the U.S., an aging coal-fired power plant operated by Ameren Corp (NYSE: AEE), was court-ordered to close down the plant by September of this year. However, in the court filing last week, Ameren revealed that MISO had determined that closing down the plant will result reliability risk and would likely have to keep the plant open till September of 2025. This would act as a last-resort measure to reduce the risk of power outages during periods of peak demand, the WSJ writes.

Gas is also a viable solution to the crisis; however, Australia’s coal shortage has strained the gas market.

Much of Australia’s gas is also tied up into exporting contracts with other nations, leaving minimal quantities to domestic supply.

Colin Barnett, former Premier of WA, states that the root cause of energy crisis, was the refusal of governments imposing domestic gas obligations on Queensland’s liquefied natural gas export industry before it took off.

Another issue is that Australia sources much of its drills and rigs for gas extraction from the US, but as they have begun ramping up production of gas, these are becoming harder to source.

So, reiterating Mr Dimery’s comments, “The only lever, the only short-term fix, is that we get those coal-fired power stations up and operating and back into the market. That will take pressure off gas which will also help the price of gas.”

On Wednesday the 8th of June, Federal and state energy ministers agreed on eleven points of action as part of a new National Transition Plan to back renewables and storage, however made very little mention to the immediate management of the current gas and coal crisis.

Discussed was a capacity mechanism, allowing governments to pay electricity producers to make electricity available when needed in peak demand or in times of shortage. This could be produced by any means.

However, both gas and coal were excluded from the original orders given to the regulators, disregarding the most plausible solution to these soaring energy prices.

Regulators, however, may recommend gas and oil be included in the final design of the mechanism.

One notable positive was that the power of energy regulators was enhanced, giving the market operator the capacity to procure and store gas supplies.

Federal Climate and Energy Minister Chris Bowen, on the gas storage stated, “That is technically possible. There’s storage facilities around the country. We agreed to work to give AEMO that power and to give them that power expeditiously.”

For now, Mr Bowen announced that there was a “real spirit of teamwork between all of us, Labor, Liberal and Greens”, and that this crisis should be done in a matter of urgency.

According to recent ABC news, Western Australia is experiencing some of the most secure and low-priced energy in the world.

This is due to its domestic reservation policy for gas, which stores more than half of the state’s energy requirements, including roughly 40% of its electricity generation, ABC News mentions.

At the Australian Energy Week conference in Melbourne, the WA energy minister, Bill Johnston, stated, “There are some troubles on the east coast, but none in Western Australia…We’ve had sensible policies to provide stable outcomes, and one important part of that is our gas reservation policy.”

The reality is, on the back of these soaring coal prices, coal mining companies have been making money hand over fist and will continue to do so in the near future.

In the space of 18-months, TerraCom has moved from a company with AUD$250m of debt, to a one now with the ability to pay dividends. It’s share price has also hit a 52-week high last week of 92c, up roughly 736% since this time last year.

Executive Chairman, Craig Ransley, states that its customer base are locking up and buying large quantities of coal, and that the operational performance will be substantially higher than last quarters figures.

For Whitehaven, they will initiate dividends and buy-back up to 10% of its shares, after posting its highest half-year profit as result of soaring coal prices.

Whitehaven is also optimistic about the future, stating, “We expect the second-half will deliver better results than the first-half. We will see better volumes, better production and hopefully less impact from the weather and COVID.”

Peter Milios is a recent graduate from the University of Technology - majoring in Finance and Accounting. Peter is currently working under equity research analyst Di Brookman for Corporate Connect Research.