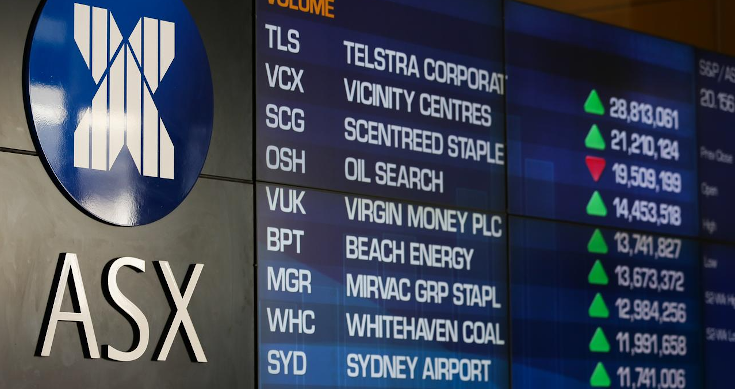 The Aussie dollar jumped to a 70 handle, equities pared back gains, while treasury yields rose, following the release of the meeting minutes from the RBA after investors learned that the central bank pondered on three options for its first interest rate hike this month, before hiking it by a surprise 25 basis points, more than what economists were expecting.

The board agreed that raising the interest rate by 15 basis points as forecasted by economists didn’t make sense given policy was “very stimulatory and it was highly probable further rate rises would be required”. The RBA acknowledged the terms for an increase of 40 basis points, before opting for 25 basis points as the “preferred option”.

The central bank also pondered on reinvesting bonds as they matured which would “maintain the stimulus associated with the stock of bonds held by the Bank but it would be inconsistent with the strength of the economy and the high level of inflation”. In contrast, “the option of not reinvesting bonds as they matured “would mean the stimulus associated with bond purchases would be removed gradually and predictably.”

The meeting minutes come ahead of the annual wages growth to show an increase to 2.5 per cent for April and the jobs report on Thursday with the jobless rate to fall under 4 per cent to a new record low.

As the local index pushes higher for its third straight day, it’s a mixed performance with five winners to six losers.

Energy is on the move again, extending its gains with another 1.6 per cent jump, followed by materials and utilities up 0.8 per cent each, then financials and consumer staples. Property, healthcare, information tech, and industrials are leading the declines by over 1 per cent each with consumer discretionary, shedding the least by 0.6 per cent.

A handful of gold stocks rebounded with Kingston Resources (ASX:KSN) jumped 11.5 per cent to 14.5 cents while Newcrest Mining (ASX:NCM) adding 0.2 per cent.

Commonwealth Bank of Australia (ASX:CBA) is doing a bit of heavy lifting the index, up 1.7 per cent at $105.13, leading the banks while Fortescue Metals Group (ASX:FMG) is doing the same, adding 2.4 per cent at $19.42. BlueScope Steel (ASX:BLS) climbed as much as 4.8 per cent, the most since March 25 after Goldman Sachs lifted its rating to buy from neutral, saying the stock is undervalued compared with US peers. Shares are 1.9 per cent to $17.90.

The SPI futures are pointing to a rise of 34 points.

Consumer confidence fell for its third straight week by 1.3 per cent last week to its lowest level since mid-August 2020, according to ANZ and Roy Morgan.

Havilah Resources (ASX:HAV) has nearly doubled its share price after news of a $205 million options deal inked with Oz Minerals (ASX:OZL). The offer consists of Oz Minerals signing a binding term sheet and the option to buy 100 per cent of the Kalkaroo project owned by Havilah Resources. The partnership also provides Havilah the financial means to explore for new copper deposits. Shares in Havilah Resources have eased from it  97 soar to soared 82 per cent to 31 cents, while shares in OZ Minerals are trading 1.3 per cent higher at $21.74.

Meanwhile, mining tech giant Calix (ASX:CXL) is the beneficiary of a federal grant for a second day, this time with Pilbara Minerals (ASX:PLB). The tech giant has been awarded a $20 million grant from the Australian government for a joint venture chemicals facility at the Pilgangoora lithium project in WA. This follows the news on Monday where Calix and Boral (ASX:BLD) secured $30 million for a carbon abatement project at Boral’s cement and lime facilities in NSW. Shares in Calix (ASX:CXL) jumped 5.7 per cent higher at $7.03 while shares in Pilbara Minerals (ASX:PLB) are trading 3.5 per cent higher at $2.69.

CVC Capital has dropped the deal with Brambles (ASX:BXB) due to the “current external market volatility”. Shares tumbled 7.6 per cent to $10.72.

NAB (ASX:NAB) is considering the launch of a new NAB Capital Notes offer in June this year which may include a reinvestment offer for only certain NAB Capital Notes 2 holders. The board still needs to give its tick of approval and is also subject to market conditions. Shares are up 0.5 per cent to $31.46.

United Malt’s (ASX:UWL) underlying EBITDA came in line with Bloomberg consensus of $57 million but down 5 per cent on the prior corresponding period for the half year ended March 31. Group revenue rose 11 per cent to $652 million attributed to increased customer demand and higher price of barley. However, this was offset by external factors such as the Canadian drought, strained supply chain, and higher input costs. Shares are trading 0.4 per cent higher to $4.92.

Morgans retained an add rating and hiked Coronado Global Resources’ (ASX:CRN) target price to $2.97 from $2.73. The team of commodity strategists have raised the forecasts for metallurgical coal price driving up the company’s earnings per share forecasts up to 33 per cent from this financial year to 2024. The 2022 to 2024 hard coking coal forecast lifts by 6-15 per cent. Shares are trading 4.1 per cent higher at $2.27.

Meanwhile, UBS retained Webjet’s (ASX:WEB) rating as buy with a reduced price target to $6.75 from $6.95. The broker observes domestic volumes remain strong while there is downside risk to the demand of Aussies travelling overseas. The broker notes three points to the upside, one is the potential for share market gains, cost efficiencies leading to higher EBITDA margins, and lastly, a Canadian competitor called Trip Ninja set to speed up the structural shift of leisure travel online. Shares are trading flat at $5.64.

The best-performing stock in the S&P/ASX 200 is Lynas Rare Earths (ASX:LYC), trading 5.3 per cent higher at $9.31. It is followed by shares in Mineral Resources (ASX:MIN) and Whitehaven Coal (ASX:WHC).

One Australian dollar is buying 70.04 US cents.