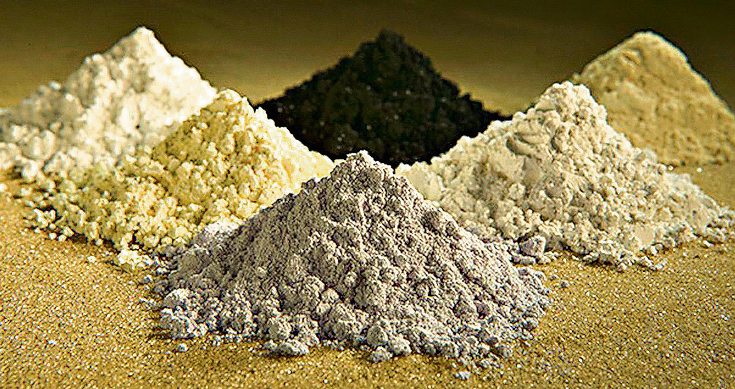 Current investor interest in the battery metals sector has been dominated by the surging price of lithium, amid growing concerns about security of supply.

But there’s another class of minerals seminal to the renewables revolution and they’re barely mentioned in dispatches: rare earths.

For the ASX-listed ABx Group, the supply-demand dynamics look increasingly alluring as it eyes development of what looks to be a large resource of these coveted materials on its bauxite tenements in northern Tasmania.

Worth more than its weight in gold – literally – the rare earth terbium is used in applications including low energy lightbulbs and medical X-rays, while the equally exotically-monikered dysprosium is used in magnets and nuclear reactors (among other things).

These two rare earths ‘flavours’ are part of a sub-class of super magnet rare earths, which are suitable for electric vehicles, wind turbines as well as mobile phones and for military uses.

As ABx’s new CEO Dr Mark Cooksey explains, the deposits appear to be water soluble ionic adsorption clays (IAC), which means they can be extracted more quickly and at lower cost than conventional rare earth deposits.

ABx’s rare earths exposure makes it a rare beast indeed: it’s one of only a small number of stocks globally with potential IAC deposits, at a time when Chinese supply is dwindling.

In southern Jiangxi – formerly a major rare earths mining centre – the Chinese government reportedly faces a $US5.5 billion ($7.4 billion) bill for cleaning up the mess created by decades of unregulated activity.

In Tasmania, the company speculated that rare earths occurred in the same structures as bauxite. Its geologists noticed that some trees in the hardwood plantation covering the company’s tenements were stunted because of high saline content, which led to the discovery of the soluble rare earths in the disused aquifer.

“Our ambition is to extract the rare earths into concentrates using a simple leaching method,” Cooksey says, adding that the process details are yet to be determined.

Cooksey says the strike length at Deep Lakes exceeds 3.25 kilometres and is open in all directions and at depth.

The deposit is also shallow – between six and 16 metres depth – and unlike many rare earth occurrences it’s free of radioactive contaminants.

A recent drilling program was hampered because wet clay and broken ground stopped some drill bits from reaching their targets. Recently announced assay results from 20 holes have shown a large zone of high grade holes at Deep Leads that could extend some distance.

The deposit is lower grade than many hard rock deposits globally – but that’s not problematic in its own right. As with a low cost, low grade shallow open pit gold mine, the most profitable material can be extracted and processed cheaply.

“Our rare earths have just been found to extend over a larger area than first thought and we have recently been granted a large new exploration tenement ” Cooksey says.

In the meantime, drilling at three new rare earth prospects have also revealed some promising assays, including the highest grade result to date.

At Wind Break, 16 km northeast of Deep Leads, a 37-hole program included four holes at 1000-1500 ppm of TREO. Finally, the most recent discovery at Rubble Mound, six killometres southeast of Deep Leads, suggest that the REE mineralisation could extend between the two discoveries.

Reflecting the company’s confidence in a major and viable deposit, this year’s Deep Leads exploration budget has been doubled to $600,000 and could even be tripled.

In the short term, ABx is expected to derive significant revenue from its Alcore Technology subsidiary, which is developing a cheaper and greener method to produce aluminium fluoride (AIF3).

(See Stockhead’s earlier coverage of this project on January 28 2022).

A crucial input for aluminium smelters, AIF3 is not produced in Australia, leaving our producers reliant on imported supply.

With cash on hand of around $6 million, ABx is well funded for both its AIF3 and rare earth ventures, as well as for furthering smaller bauxite ventures in Tasmania and Queensland.

The company last year bolstered its coffers with a $3.15 million placement in May, at 10 cents per share. This was followed up with October’s share purchase plan which raised a better than expected $4.08 million.

But the company’s operations have something in common – they deal in crucial industrial materials at the forefront of the low-emissions revolution and in the midst of a supply squeeze.