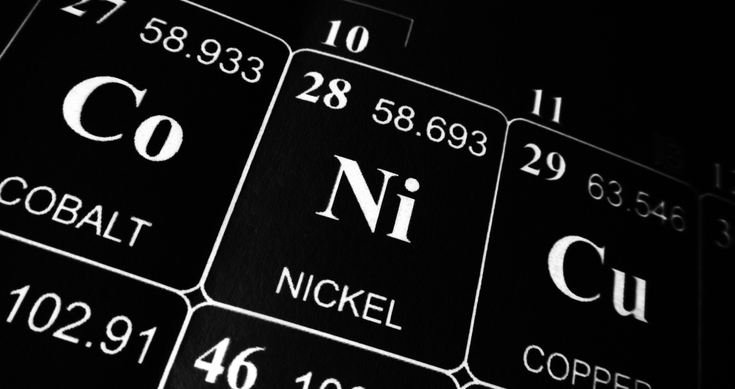 The 15th Century German miners who discovered nickel called the metal ‘Devil’s copper’, because they could not extract the more desirable red metal from the material.

Recently the nickel price has moved with Devilish volatility, with the London Metals Exchange suspending trading in early March after the activities of Chinese short sellers created unprecedented volatility.

But there’s nothing Devilish or undesirable about being exposed to nickel, which traditionally has been used in stainless steel but is now a crucial battery material alongside copper, lithium and graphite.

On the latter, Russia’s Norilsk supplies 10-13 per cent of the world’s nickel – but a greater proportion of the higher-grade battery material.

Norilsk is yet to be slapped with western sanctions after Russia’s invasion of the Ukraine. But the prospect of such bans exposed should maintain the pricing pressure, as well as the likelihood of self-sanctions on the part of nickel buyers, traders and shippers.

“There’s no problem with the market fundamentals,” he says, noting at current prices “the reasonable nickel sulphide projects become highly profitable and the great ones such as Nova-Bollinger prove to be the true cash cows that they are.”

Currently a $10 million market cap minnow, NickelX hopes to join the WA nickel big league with its acquired Cosmos South project, at the north-east end of the Fraser Range.

In March NickelX shareholders approved the “inexpensive and non-dilutive” deal, which entails the vendors – a group of local prospectors – receiving $150,000 in NickelX shares after 12 months and another $150,000 after two years.

NickelX has committed to spending a minimum $500,000 over two years.

Gauci says only two shallow holes have been drilled on Cosmos South to date.

“We have four to eight planned deep drill holes into extraordinary strong electromagnetic [EM] conductors that extend from surface to 600 metres,” he says.

“We already have an exceptional database of EM surveys done by new (contractors) and are currently doing an aeromag survey to target the drilling.”

For NickelX, Cosmos South marks a fundamental strategic re-think. At the time of its IPO and ASX listing a year ago, the company was focused on its Biranup project acquired from VRX Silica (which remains the company’s biggest shareholder).

Located in classic nickel country, Biranup is also highly prospective for structural gold and is 10 kilometres along strike from Tropicana, one of the country’s best gold discoveries.

As per its prospectus, NickelX drilled eight diamond holes and carried out EM surveys to test key Biranup targets

“There were good EM results across massive sulphides, but the EM conductors at Cosmos South were two to three times the strength,” he says.

“So while we liked Biranup for nickel, it was more of a long game while Cosmos South could be a short game.”

Meanwhile, Biranup looks destined to be furthered as a gold project, given the results to date included a rock-chip sample at 590 grams per tonne.

“Because the gold prospectivity outranks the nickel prospectivity, it is likely to be turned into a gold project and possibly vended out to another party,” Gauci says.

“With inflation on the rise the gold price is also doing well and a couple of parties are already knocking on our door.”

With approximately $4.2 million in the bank, NickelX is in a strong position to fund Cosmos South, with $1 million of exploration spend earmarked over the next six months.

This work is also partly funded by the WA Government through its Exploration Incentive Scheme program.

Gauci says that investors should stay tuned for news on the geophysical data program, as well as the diamond drilling program and the outcome of discussions with potential partners who have neighbouring tenements.

He says some investors might question the company’s re-focus from Biranup, but maintains that shifting focus to Cosmos South and pure nickel was a well-considered move.

“We are project generators and explorers” he says.

“We know where, when and how to secure additional projects. But of course, if we hit economic mineralisation at Cosmos South, we would expect a significant re-rating given the prospectivity and world-class location.”