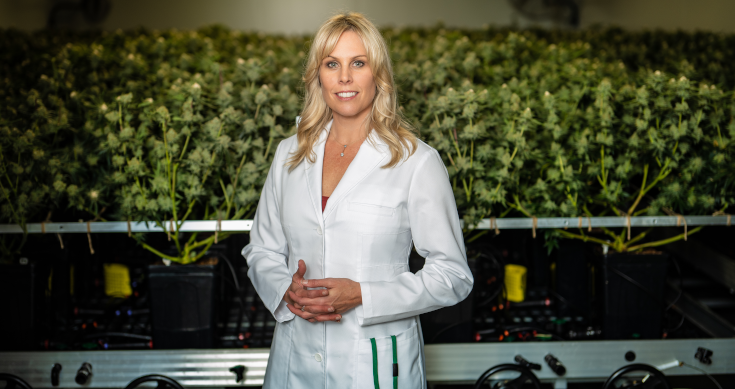 Known more as an Australian-focused medical cannabis minnow when it listed two years ago, the WA-based Little Green Pharma now has access to more than half of the addressable European Union market after a key tender win.

Last month LGP prevailed in an inaugural Italian government deal to supply medicinal cannabis flower to the Mediterranean nation and its 60 million people.

The material will come from LGP’s Danish facility, which it acquired in June last year from Canada’s Canopy Growth for a knock-down $21 million.

Capable of processing more than 20 tonnes of biomass a year, the plant greatly expanded LGP’s three-tonnes-per year capacity at its existing facility in the south of WA.

While both plants have Good Manufacturing Practice (GMP) certification that meets the European union’s tough standards, the Danish plant is geographically positioned to be LGP’s Continental beachhead.

Little Green Pharma Managing Director, Fleta Solomon, says the $310,000 Italian tender is small in the context of the $480 million European market, but she expects future tenders – in which LGP will be a frontrunner – are likely to be worth significantly more.

“Italy is a very exciting up-and-coming market, with an estimated total addressable market of $10 billion at maturity,” Solomon says.

While medicinal cannabis is legal in Italy, growing flower remains illegal outside of a small military-run facility. Cannabis flower Imports are restricted to the government tender route.

Solomon says the Denmark plant’s GMP status was the key to cracking the tender, which boiled down to a two-way contest.

“The barriers to entry in Italy are the toughest we have seen,” Solomon says. “Our Danish facility and its GMP certification have positioned us perfectly for the Italian market.”

Solomon notes the population of Europe is much larger than that of the US and Canada combined.

The difference is competition – or lack of. While dozens of players compete for the North American medicinal cannabis market, only a handful of larger players have the requisite EU GMP certification, and even fewer have production in Europe.

Already, LGP is selling in the (heavily-competed) UK, Germany and, of course, Denmark.

The company is also eyeing the lightly-competed emerging markets of Poland and Greece.

(In case you’re wondering, medical cannabis usage remains illegal in Russia but the Ukrainians were moving to legalise it).

Unlike in the US and Canada where ‘pot shops’ abound on street corners, access is likely to be highly restricted.

“The path has not been defined, but knowing Germany it’s likely to be accessed through pharmacies with a possible requirement of EU-GMP grade cannabis,” she says.

“If that were to happen, we could be positioned beautifully.”

In France, LGP is also the preferred supplier out of four global producers for an ongoing clinical trial (currently the sole supply pathway into the country).

“We are well positioned for the future French market anticipated to open up post trial,” she says.

While the Continent clearly will shape LGP’s fortunes, the emerging Australian market is an important source of short-term revenues.

Under the local rules, access to cannabis medications is allowed only via the Therapeutic Goods Administration’s Special Access Scheme on a case-by case basis, or an authorised prescriber (doctor).

According to the TGA, 210,000  special access applications for medicinal cannabis were approved as of December 2021, compared with only 6000 a year earlier.

Solomon says this doesn’t give the full picture, given the strong growth in authorised prescribers.

These doctors can supply the product immediately without requiring separate applications to the TGA for an individual patient.

“With many trials underway and an increase in authorised prescribers, it’s definitely getting harder to work out how many patients there are,” she says.

With roughly roughly 120,000 patients in Australia, Solomon estimates LGP has a 20 per cent market share (which makes the company one of the industry leaders).

“What is clear however, is that there are now thousands of doctors prescribing cannabis medicines for more than 200 different medical conditions.”

In the December quarter the company recorded a record $3.7 million of revenue, 15 per cent higher than the previous quarter despite being a seasonally quiet period. The company also narrowed its cash outflows to $2.58 million from a $6 million deficit in the September quarter.

“We are really happy with that growth,” Solomon says.

“Our number one goal was patient acquisition in Australia, because it demonstrates validity for new and emerging markets and generates cash flow.

“If our business model works in Australia we are really well positioned for the emerging international markets, especially if we are one of the first brands.”

With a circa $115 million market cap, LGP has been among the top ASX performers in the sector, along with Cronos Group and Emryia.

Broker Canaccord’s global medical cannabis index also shows the sector fell an average 60 per cent over the last 12 months, but LGP’s share decline has been about half that.

Medicinal  cannabis aside, LGP’s prospects for a valuation rerating could also be enhanced with this year’s proposed demerger of its advanced clinical stage psychedelic drugs arm, renamed as Reset Mind Sciences.

“Because psychedelics is a longer-term play that needs to be backed by more clinical research, it takes a slightly different route to medicinal cannabis which is already generating revenue,” Solomon says.

“The value of this business wasn’t going to be recognised within LGP so it needed to take its own course.”

By ‘liberating’ the psychedelic side, management can focus on further penetration of the burgeoning European market.