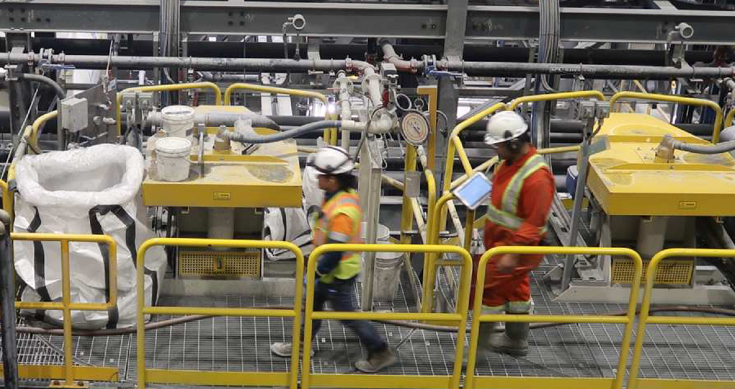 Newcrest will acquire the remaining 95.2% shares in Canadian gold producer Pretium Resources that it does not already own for around $US2.7 billion.

Pretivm’s only asset is the rich Brucejack mine located in British Columbia, Canada.

The consideration will be split evenly between cash and scrip. Newcrest expects to fund the cash component using its existing cash balance ($1.9 billion as of 30 June 2021) and its $2 billion of committed undrawn bilateral bank debt facilities.

“From a business profile perspective, the acquisition of Pretivm is credit positive given the Blackjack mine’s good operating characteristics,” Moody’s analysts said in a commentary.

“The mine has been operational since 2017 and would contribute to Newcrest’s cash flow upon transaction completion.”

They particularly liked the structure of the way the $3.7 billion will be paid to shareholders of Canada’s Pretivm.

Moody’s said that June 30 Pretivm was in a net debt neutral position with reported total debt of $195 million and cash of $203 million, “ o we do not expect Pretivm’s debt to affect Newcrest’s leverage materially.”

“The addition of Brucejack meaningfully improves Newcrest’s scale and operational diversity, which has relied on the Cadia mine in Australia and Lihir mine in PNG for the vast majority of earnings.

“Based on Pretivm’s technical report as of 9 March, Brucejack’s gold production is likely to be around 311 thousand ounces (koz) of gold per annum at all-in sustaining cost (AISC) of $743/oz over a projected 13 year mine life.

More cash flow makes credit rating agencies happy, especially when a company take son more debt in an acquisition, which is what the Newcrest is doing.

Newcrest shares eased 0.9% to 425.19 on Tuesday after gold weakened a touch the day before.