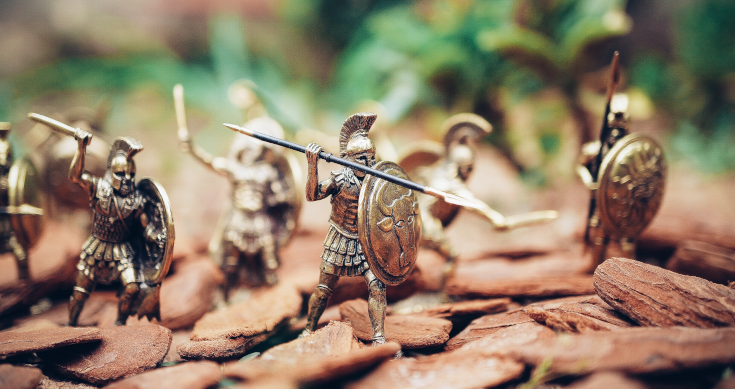 It is already apparent that China faces extra pressure in the current quarter which will further drag down GDP growth for all of 2021 and heading into 2022.

The extra pressures are all homegrown and no amount of blaming external forces – the US, Europe, Taiwan and even Australia – can hide the fact that it’s going to get rougher for the economy before it gets better.

The government has a 2021 GDP estimate of around 6%, western economists say it could be around 8% and dipping to 5% next year.

But such are the problems and the potential for trouble in property and output that the chances of reaching the 8% estimate are looking remote and the 6% could become a struggle if there’s a cold winter.

The past week has seen a worrying outbreak of new Covid Delta infections across the country – small figures, but the outbreaks keep happening and Mongolia, just to the northwest, and beyond that, Russia, are seeing continuing infections.

Apart from the continuing flares of Covid most of the pressures will flow from the conjunction of a number of factors – power shortages and rationing, the property crunch (signified by Evergrande’s battle to survive), weak demand, lower output by key industries such as steel and cement, the badly timed carbon emissions reduction campaign and the government’s crackdown on companies and sectors in the name of the new “Moderate Prosperity” mantra.

“Growth will slow further,” said Louis Kuijs of Oxford Economics in a report after this week’s weak GDP figures were released.

He said “ugly growth numbers” in coming months are likely to prompt Beijing to ease lending controls and try to prop up activity by encouraging infrastructure development.

Complicating matters are two events in early 2022 – the Winter Olympics in February – no foreigners allowed because of Covid and there may be restrictions on locals attending given the continuing outbreaks of Covid across China (and in Mongolia next door).

President Xi wants the area looking nice around Beijing, smog free as possible and little fallout, so steel and other heavy emitters have been told to cut production for the first 10 weeks of 2022. That will come at a cost of lower production for the next four or five months.

Then there’s the twice a decade meeting next year of the Party Congress at which President Xi will be looking for a third term. While many analysts claim he has made himself President for Life, he merely had the two-term limit removed and still needs the Party to give him a third term.

The Communist Party’s elite convenes for the first time in more than a year next, laying the ground for the party congress in 2022 that could extend Xi Jinping’s term as leader.

The Communist Party’s Central Committee will see about 400 state leaders, ministers, military chiefs, provincial bosses and top academics for the better part of a week. It will set the work plan for the government (including the targets for GDP, production and inflation) and set in train the planning for the Congress.

Normally it’s a lock that someone as powerful as Xi gets a third term, but with the current economic unease, power blackouts, slowing growth and missteps trying to control the future of stricken property giant, China Evergrande, the outlook for the economy isn’t encouraging.

Xi reportedly hasn’t left Beijing since the start of the pandemic and hasn’t left China for the sort of state visits he likes to take to reassert China’s influence.

Covid cases are continuing and sparking mini lockdowns and restriction. As well, if it’s not power shortages, its soaring commodity prices such as coal which the government moved this week to bring down, after allowing them to rise and fall more freely just a week ago.

The crackdown on carbon emissions continues, though in a more flexible fashion and after the damage it did to the economy and growth in the three months to December, the next two quarters are not looking as solid as they might have done a year ago.

The economy only grew 0.2% in the September quarter from June which gave a truer picture of the health of the economy than the 4.9% annual rate (which was down from 7.9%).

Construction, an industry that supports millions of jobs, has slowed since regulators tightened control last year over borrowing by developers.

Production of construction related industries – such as cement and crude steel – plunged in September, down by 13% yoy and 21.2% yoy respectively.

There was also a sizeable fall in motor vehicle output, which fell by 13.7% yoy – albeit this could be related to the global shortages of semi-conductors.

In contrast, output of electronics rose by 9.5% yoy.

Manufacturing has been depressed by power cuts imposed by some major provinces to avoid exceeding official efficiency goals.

Factory output barely grew in September, expanding by only 0.05% compared with August. That was down from the 7.3% growth for the first nine months of the year.

Capacity utilisation rates at 71 electric arc furnaces across China have been falling since late August and slipped to 49.22% in the last week of September, down 21.09% from same period year earlier, data compiled by the Mysteel website showed last week.

Production at long-process steel plants is also cut by the efforts to reduce smog and carbon emissions and the pledge that 2021 production cannot exceed last year’s record 1.065 billion tonnes.

While China produced 805.89 million tonnes of steel in the first 9 months of the year up 2% on an annual basis, the growth rate was a fraction of the 12% rate at the end of June.

And there is no prospect for any recovery for months to come.

China’s industry and environment ministries last week issued a joint statement last week urging more mills in northern China to keep to those 2021 cuts from November 15 to the end of 2021.

And from January 1, 2022, to March 15 mills must cut output by at least 30% of their 2021 production to reduce air pollution. That applies to mills in the 28 major steel producing cities across northern China.

“Despite efforts to increase coal supply, output fell in September due to weather, safety and logistics challenges. Neither has China succeeded in reining in booming power demand”.

But so far in October, there has been a small recovery – the target is to produce 12 million tonnes a day which the government reckons will be enough to keep power plants running and the lights on.

China’s top economic planning group, the National Development and Reform Commission (NDRC), said this week it was studying ways of intervening to lower coal prices and would take all necessary steps to bring them into a reasonable range.

That threat has seen prices fall by between $US30 and $US50 a tonne in futures markets in China and elsewhere in Asia, such as at Newcastle in Australia.

The NDRC had said it would ensure coal mines operate at full capacity and aim to raise output to at least 12 million tonnes per day.

It put the daily production rate at a 2021 high of over 11.6 million tonnes as of October 18, up more than 1.2 million tonnes from late September after an all-out effort to boost supply that has included approvals for new coal mines.

China’s State Grid said in a statement on Wednesday that coal stocks at power plants in the northeast had climbed to 78% of last year’s level as of Oct 16, but did not provide outright volumes.

The three northeastern provinces of Jilin, Heilongjiang and Liaoning – were among the worst hit by the power shortages last month.

Several regions in northern China, including Inner Mongolia and Gansu, have already started winter heating, which is mainly fuelled by coal, to cope with the colder-than-normal weather.

Late October temperatures in central and eastern regions are expected to be “significantly lower than normal,” the National Meteorological Centre forecast on Thursday, adding that temperatures in some western and southern regions of the country will fall by 4 to 10 degrees Celsius within the next day or so.

The push to boost coal production and power production from thermal coal and gas means China has abandoned its pretence of having a policy designed to lower carbon emissions, at least for the coming winter.

Chinese state media reported late on Friday that Evergrande would repay a missed a $A112 million interest payment on a dollar-bond, just two days ahead of a deadline that would have forced a formal default.

The payment was reported by the state-controlled Securities Times which said the real estate group would send $US83.5 million in interest to its trustee, Citibank, on Friday, paying investors before the grace period expires on midnight, Saturday, New York Times -around midday Sunday.

There was no explanation as to where the money came from and why it was repaid now, 29 days into a 30-day grace period when repaying it before September 23 would have given greater reassurance.

It still has two dollar-bond coupon payments to make by November 11.

Evergrande did not confirm the payment.

The paper reported that another developer, Kaisa, will pay interest on the bond on Friday.