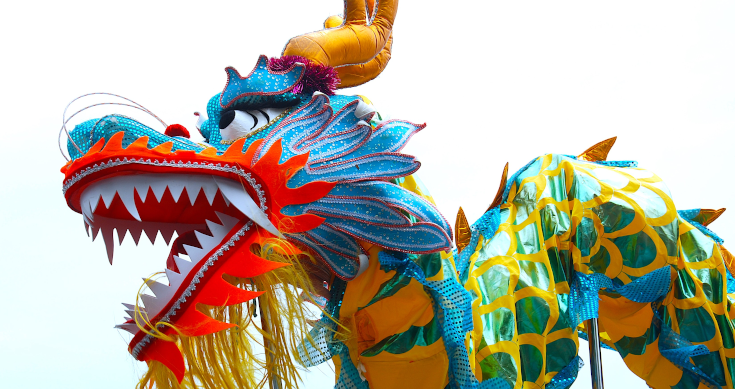 Bad floods in central China have seen Chinese coal futures surge on Monday as the country’s government moved to change a number of previously important policies to try and protect the economy and populace against blackouts, shortages and rationing this winter.

Heavy rains and flooding saw more mine forced to shut down in China’s biggest coal-producing region over the weekend, sending prices to a record and hindering efforts by Beijing to boost energy supplies for winter.

When coupled with the existing coal and gas shortfall and power rationing, the floods will add to the pressures on the Chinese economy which is already facing high levels of factory and producer price inflation, weak demand.

It is not too much of an exaggeration to describe the energy situation as near crisis at the moment. At the very time the country needs more coal (and imports are not an option for a quick fix) to rebuild power station stocks, there’s a shortfall of millions of tonnes a day because of the impact of the floods (which have reportedly damaged many roads and highways in Shanxi and nearby provinces).

State media reported that the floods have shut 60 of the 682 coal mines in Shanxi province, a region that produces 30% of China’s supply of the fuel, adding to a worsening energy crisis that threatens the country’s economic growth.

China Daily reported that operations at another 372 non-coal mines in the province as well as 14 hazardous-chemical enterprises, over 1,000 construction projects and 166 scenic spots have also been suspended.

Global Times reported the market price for thermal coal is about 1,850 yuan ($US287) a ton, an increase of about 200 yuan compared with September, but experts believe the price has peaked due to stepped-up production.

Thermal coal futures based on Newcastle were close to $US240 a tonne for October delivery, according to ICE (intercolonial Exchange) futures trading.

The floods come as China revealed at the weekend the true extent of its attempts to try and make sure its current coal crisis and power blackouts and rationing becomes a thing of the past.

Blackouts and electricity rationing hit around 20 provinces across China over the month. Unlike previous ones, this round of power cuts has not only affected factories, but also hospitals, schools and people’s homes, according to various state media reports.

On Friday CITIC Securities said in a report that China could face a thermal coal supply gap of 30 million to 40 million tonnes in the December quarter.

UBS said in a separate report that the continuing coal shortage could cut industrial power use by 10% to 15% in November and December (heading into deep winter), which could translate into a 30% slowdown in activity in the most energy-intensive sectors like steel, chemicals and cement-making and some food processing.

Analysts blamed the outages on a mix of factors, including power-generation shortfalls (a shortage of coal and LNG, rapid rises in the cost of energy and price control on retail and industry pricing) and a rush to hit energy-control targets by the administration of President Xi Jinping who wanted to go the Glasgow climate change conference in early November boasting of a fall in carbon emissions and energy consumption).

Obviously with lots of companies and industries closed or running at low levels of activity in the seven-day holiday, official China has done a lot of meeting, talking and browbeating and come up with a plan to stave off winter, power rationing and make sure there will be enough energy to keep the country warm until spring 2022.

In a statement loaded with irony, the government has ended the badly-timed policy of forcing industries in high power consumption sectors to cut their energy intensity by 3% and also cut carbon emissions. These policies have been given the kiss of death by being described as “radical” and “formalistic”.

“Practices such as halting or limiting production in a formalistic manner or launching radical carbon emission reduction campaigns should be rectified, the statement from State Council read.

The previous policies of cutting emissions and energy intensity are now going to be ‘rectified’ as the State Council statement said: “Poorly conceived development of projects with high energy consumption and heavy carbon emissions will be resolutely curbed.

So while pandering to the idea of cutting, controlling and disciplining those responsible for “projects with high energy consumption and heavy carbon emissions”, cutting carbon emissions for the sake of cutting them and meeting targets (for the time being) are out.

For the next six months it is going to be full bore with carbon – a bit like Australia with the current surge in Australian carbon-derived exports like coal and gas.

The new approach is a check list of policy moves that would make the National Party in Australia jealous. The statement from State Council says China will use high prices, tax breaks, removing local and environmental controls on existing plans, expedited approvals for new mines, easy finance from state banks and other financiers for existing and new mines.

In stories on websites for government-controlled China Daily and Global Times, China’s State Council on Friday ordered “further steps to ensure electricity and coal supply this winter and next spring so as to ensure people’s basic living needs and keep economic performance stable”

“Coal supply for power generation and residential heating, especially winter coal and electricity supply in Northeast China, must be ensured. Gas supply for household use will be enhanced, and natural gas will be transmitted as appropriate from South China to the north to safeguard gas-powered residential heating.

“While ensuring workplace safety, coal mines with the potential to increase output will be urged to tap into their production capacity as soon as possible. Approved and basically completed open-pit coal mines will be encouraged to enter into operation and run at full capacity at a faster pace.

“Additionally, coal mines that have ceased operations due to cited problems will be given assistance to advance rectification processes pursuant to laws and regulations to resume production as early as possible.”

The State Council decided that China will allow market-based coal-fired electricity prices to be raised (and cut) by up to 20% from the (official) benchmark”. That’s up from the existing band of 10% to 15% up or down from the benchmarks.

But for high energy consuming industries and companies (steel, oil refining, cement, much of manufacturing such as cars, food) “power prices can be shaped through market transactions and don’t have to be subject to a 20 percent upside fluctuation limit,” Li said.

“Electricity and coal supply is crucial to people’s lives and ensuring stable economic performance. It must be guaranteed. Ensuring energy security and keeping industrial and supply chains stable are among the six priority areas where protection is needed,” Premier Li, who chaired the State Council meeting, was quoted in the statement said,

“The mechanism for coordinated supply of coal, electricity, oil, gas and transportation services will be better leveraged and market-based methods and reform measures effectively employed to ensure electricity and coal supply.

For high energy-consuming industries, power prices can be shaped through market transactions and don’t have to be subject to a 20 percent upside fluctuation limit,” Li said.

To do all this “Major coal-producing provinces and key coal enterprises should meet their tasks of output and supply increases as required. Electricity producers managed by the central government must ensure full operation of their coal-fired power units. Those who fail to meet their due responsibilities for energy supply will be held to account.”

Over the weekend, Xinhua newsagency reported somewhat fantastically that the local government at Ordos in north China’s Inner Mongolia Autonomous Region (a major coal production hub) “has so far boosted its daily output to over 2.1 million tonnes, reaching the peak since the beginning of this year.”

The city has newly approved a total of 107 open-pit coal mines with temporary land use approval, with a ratified production capacity of 169 million tonnes, since the beginning of this year.

By October, the report claimed the city had 225 coal mines in normal production, with a total production capacity of 640 million tonnes a year.” That’s roughly 6% of China’s annual coal production.

As I said, fantastical.