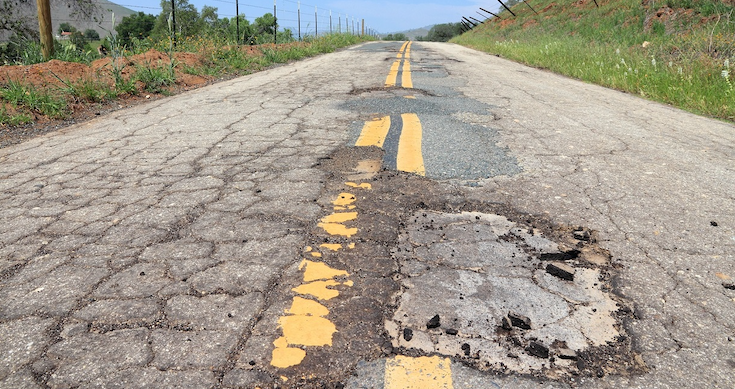 Only a cursory amount of common sense seems necessary in questioning the connection between a domestic economy which is largely locked down, a global economy still struggling mightily with a pandemic, and booming equity and real estate markets nearly everywhere. Rampant bull market conditions such as those prevailing currently often seem to render discussions on company profits and valuation superfluous. Perceptions of value become determined by the share price or the house price and are rationalised by comparisons to similar egregiously priced companies or houses. There are a thousand great charts around at present put together by sensible people demonstrating the extreme nature of current market conditions. They will not deter most from concluding they will not be the ‘greater fool’, nor will they assist in determining when the party will end. Unfortunately, they will assure future returns will be low and significant losses probable. The role of central banks in sponsoring the ongoing separation of ‘wealth’ and the financial economy from the underlying economy it was intended to facilitate is the subject of another thousand charts and interpretations. On this front, it was interesting to read the UK House of Lords inquiry into quantitative easing. For those of you who’d prefer to watch Netflix, the conclusions see the Bank of England as having provided insufficient justification for its large-scale intervention. The effectiveness of many elements of monetary policy is inconclusive, to say the least, and the side effects damaging. Miraculously, Jerome Powell’s Jackson Hole address a week or so ago offered another addition to the long list of central bank speeches defending their actions. These events are nothing new, however, they highlight the increasing challenge of defending intervention which, by necessity, must continue to grow in scale. Like valuations, one never knows when the accumulating excesses and instability will give way, but the skiers amongst you will know why avalanche patrol get worried when bucket loads of fresh powder dumps on steep mountains. The current debt mountains are steep and central bank avalanche patrol are addressing the problem with a snowmaker.

Escalating instability is evident in disproportionate share price reactions. When company financial results are released, we often wonder how investors and valuations would react if the only information available was in the statutory accounts. No pro-forma EBITDA, no commentary offering rosy interpretations of the near and distant future and no rapid-fire broker commentary highlighting the obligatory ‘beats’ and ‘misses’ versus consensus. You never know, investors might even consider dividends (an antiquated measure which used to be important in ascertaining the value of a company). While the share price scorecard continues to reinforce the dominance of companies such as Amazon, having never paid a dividend and grown with remarkable success, the recipe for success will likely remain unchallenged. Grow! When cash is made sufficiently painful to hold, investors see little value in having it given back to them.

Though some share price reactions went in our favour and some against, we often struggled to rationalise the quantum and, in some cases, the direction. One thing seemed clear; stories overpowered numbers. Statutory accounts are for bozos. Keeping investors focused over the horizon was crucial. Unsurprisingly, many of the largest reactions were reserved for the technology sector. Afterpay joining Jack Dorsey and Square early in the month set the tone. A result later in the month which highlighted potentially building challenges in asking customers to pay you back when every policy setting in the world is aimed in the opposite direction barely registered. Tech billionaires with ‘vision’ are making Martin Luther King and “I have a dream” look like a rank amateur. Amongst other winners, a solid result and outlook from WiseTech Global saw the valuation increase by around 10 times its 2021 revenue in a month, ending at $15bn or about 30x revenue. HUB24 delivered a less than exciting result, however, bullish comments on the growth trajectory saw valuation increase by about 4x its revenue and end with a valuation of $2bn or about 20x revenue. At the other end of the spectrum, the optimism on dominance of circuit board design software industry which saw Altium rebuff the takeover offer from Autodesk in recent months, faded amongst disappointing growth, ATO disputes and audit issues. Times can change quickly and TAM doesn’t always equate closely with revenue; Autodesk, Autodesk, wherefore art thou Autodesk.

Valuation of business models is fraught

Finding the business models of many technology and network businesses extremely attractive does not make you Robinson Crusoe. We’d concur. It also doesn’t make them easy to value. The business model appeal is obvious. Offering a product or service which may have high upfront costs but low incremental cost can make for attractive economics and very high barriers to entry as long as revenue keeps growing. The code which Microsoft wrote all those years ago created rivers of gold for decades when millions of locked in customers realised it didn’t matter in the slightest whether there were any efficiency or productivity gains associated with the technology; they had to pay the ever increasing prices anyway. The nature and lifecycle of many of the companies enjoying adulation at present is analogous to Microsoft. Some remain focused on locking in as many customers as possible, while others are at various stages of seeing how much of the ‘value’ they provide to customers they can extract. Companies such as Xero, WiseTech Global and Pro Medicus remain focused on adding customers. They have generally not pushed price. Like Netflix, customers will normally like this phase. Technology is new, good and cheap. As penetration and dominance grows, often assisted by acquisitions seeking to eliminate potential competition, price rises will follow. Companies such as REA and ASX have been in this phase for some time. The value proposition remains strong and network effects make it extremely difficult for others to challenge. Customers will generally like this phase a little less. Product and service often change little and price can change a lot. Most companies will attempt to be as clever as possible in disguising price increases; working out which customers can pay more and designing clever pricing models. Whilst some network businesses benefit from exploding volumes, history suggests the key factor in determining the value of these business models is how far they can push price and whether price increases are beginning to damage the business. Interestingly, results announcements saw companies such as Seek telegraph their intentions on price clearly. Complicated by some business restructuring and questionable governance moves on creating the Seek Growth Fund, Seek hope to double revenue in the next 5 years by raising the price. If successful, an apparently expensive valuation will look far more reasonable in 5 years. If Seek have overestimated their value proposition, things will be ugly. The point is that valuation is not as simple as comparing revenue multiples to apparently similar companies or appreciating a good business model. Many companies we believe have good business models are currently, in our view, preposterously valued. There are others which appear expensive which may be relatively cheap in the long run. In current market conditions, we believe losers will vastly outnumber winners.

In more mundane areas of the market in which valuation assumptions do not incorporate volume and price escalations in perpetuity, results nevertheless showed some interesting pricing trends. QBE delivered an exceptionally strong result and highlighted the strong pricing trends in commercial insurance. Insurers have been pressured by increasing catastrophe activity and the decimation of investment returns (courtesy of central banks) for some time. They are now pricing to restore profitability. Results for Suncorp were similarly solid and the appeal of closing the still wide margin gap with IAG leaves us positive on the scope for reasonable premium and margin growth in coming years. Interestingly, risks such as cyber security are virtually uninsurable and pricing in financial lines is rising sharply. It should perhaps be more obvious that the risks of an increasingly technology dependent society may not be fully appreciated and the idea of class actions being a free lunch delusional. Valuations across the sector remain very reasonable.

Whilst not always correlating with share price moves the wild swings we have seen in commodity prices played out in some extraordinary earnings and dividends across the materials sector. BHP, Rio Tinto, Fortescue Metals, BlueScope Steel and Sims Group all effectively converted booming iron ore and steel prices into booming profits and dividends, not to mention taxes and capital investment. Most performed poorly as falling iron ore prices overshadowed both the results of the past year and the significant restructure on which BHP embarked. Merging the oil and gas division with Woodside Petroleum and collapsing the dual listing could leave few complaining BHP is failing to embrace the significant change which climate challenges are demanding. For our part, despite the share price reaction, we can only applaud the actions of Board and management. Grounding actions in sound logic, driven by economic value (reducing costs, releasing franking credits) rather than market value (trying to make the share price go up) is our yardstick of whether a company is genuinely doing the right thing.

Much attention continues to be paid to COVID winners and losers, re-opening trades and the like. We do not pretend to have a crystal ball on how the economy will change in the longer term, however, as the duration of the pandemic increases, we suspect the prospects for enduring change do also. Shovelling ridiculous amounts of money into the economy at a time when it cannot be productively spent has papered over some of the vast economic challenges ahead. After more than a decade of ill-considered wallpapering we have some large cracks; outrageously boosted valuations across nearly all assets and massive unjustified wealth transfers foremost among them.

Even the most disciplined investors are struggling to retain discipline in the face of one of the more enduring speculative periods in history. Market prices, after all, are the only arbiter as to whether your actions are justifiable; YFYS (Your Future Your Super) says so. It is exactly at these junctures when prevailing share prices and house prices are the least likely to provide true indications of value. We believe prospects for cash profits, dividends in reasonable rather than distant time frames and management teams focused on creating durable businesses will be crucial in preserving wealth in a time in which so much of it has become artificial. At some stage avalanche control are going to need a shovel rather than a snow maker.