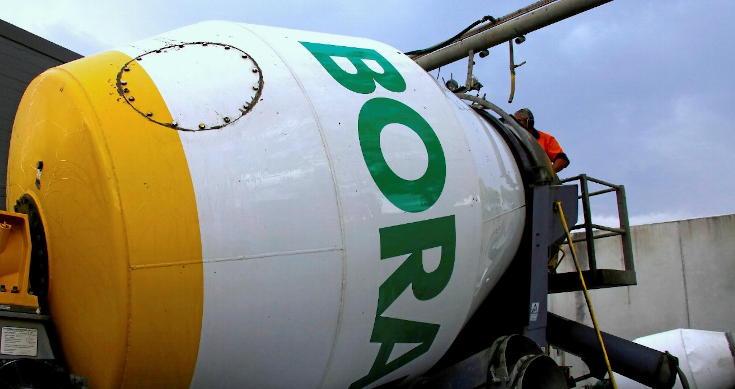 Boral shares sagged a little yesterday after it told its shareholders to reject the $8 billion takeover bid from Kerry Stokes’ Seven Group Holdings.

Seven Group last month lobbed an unsolicited off-market bid to acquire all of the issued shares in Boral which it does not already own for $6.50 each which was in effect a nil-premium offer because it was pitched at the then Boral share price.

Seven Group holds 23.3% interest in Boral and was quite clear in telling the market that it really wanted to use the offer to lift its stake to around 30% rather than spending the next year buying Boral shares on market in two lots of around 3% each.

On Thursday Boral’s independent expert Grant Samuel & Associates concluded that the takeover was neither fair nor reasonable and is below the estimated fair market value of $8.25 to $9.13 for each Boral Share.

“The Boral Independent Board Committee has carefully considered the SGH Offer to assess whether it is in the best interests of Boral Shareholders and believes that the SGH Offer materially undervalues your Boral Shares,” chairman Kathryn Fagg said in Thursday’s statement.

The Independent Expert’s report did not breakdown the valuation into how it was apportioned to various businesses due to the fact that Boral is in the final stages of negotiation for a potential sale of its US building products business and US potash business.

Boral CEO Zlatko Todorcevski said it expects to be able to update the market at the end of this month about the building products business and provide an update on the potash business at its full-year results in August.

That won’t dissuade Seven. Up till it launched its bid Seven has been slowly building its stake in Boral after racing to a 19.9% holding in 2020.

But Boral itself has been conducting its own buyback (which will help Seven Group’s holding rise a bit faster than it otherwise would) and since the offer, those purchases have continued as the price of Boral shares has risen above the $6.50 offer from Seven.

In fact the Boral buyback has pushed the shares much higher in the market – they closed at $6.88 on Wednesday.

Boral has spent close to $290 million on its buyback and so far it has priced Seven Group out of the market – its $6.50 a share offer doesn’t look competitive.

The bottom line is, that for all intents and purposes, Seven Group controls Boral and will slowly tighten its grip on the company, without paying a premium for control.

Once it has a firm foothold on the share register and the board, what’s the betting that Seven group and Boral do some sort of asset reshuffle to put all of Seven’s building services (like Coates Hire) into Boral to make it a one stop shop.